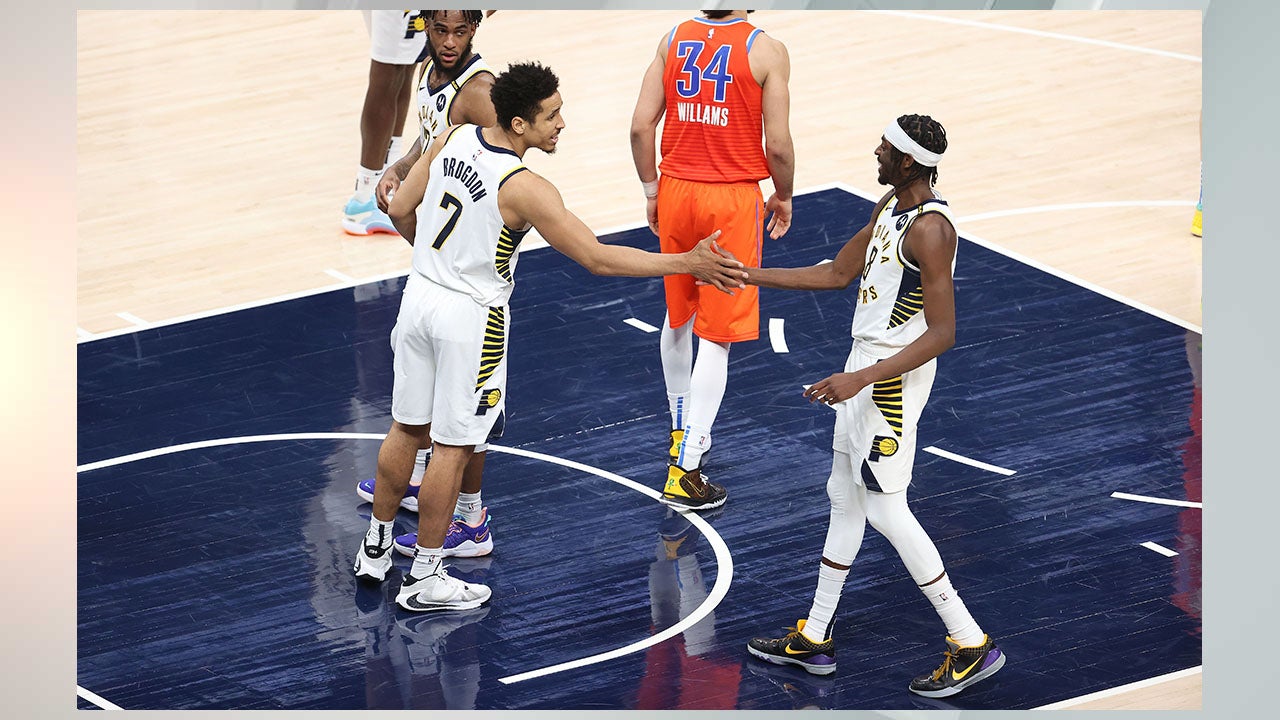 Indiana was missing three starters and four backups but still managed to hold off the Thunder.

Darius Bazley matched his career high with 26 points and Svi Mykhailiuk finished with 20 to lead Oklahoma City, which lost its 12th straight overall and its seventh straight road game.

LeVert broke open the game by scoring five straight points midway through the fourth quarter after Oklahoma City pulled to 105-104.

Brogdon sealed it at the free-throw line in the final seconds.