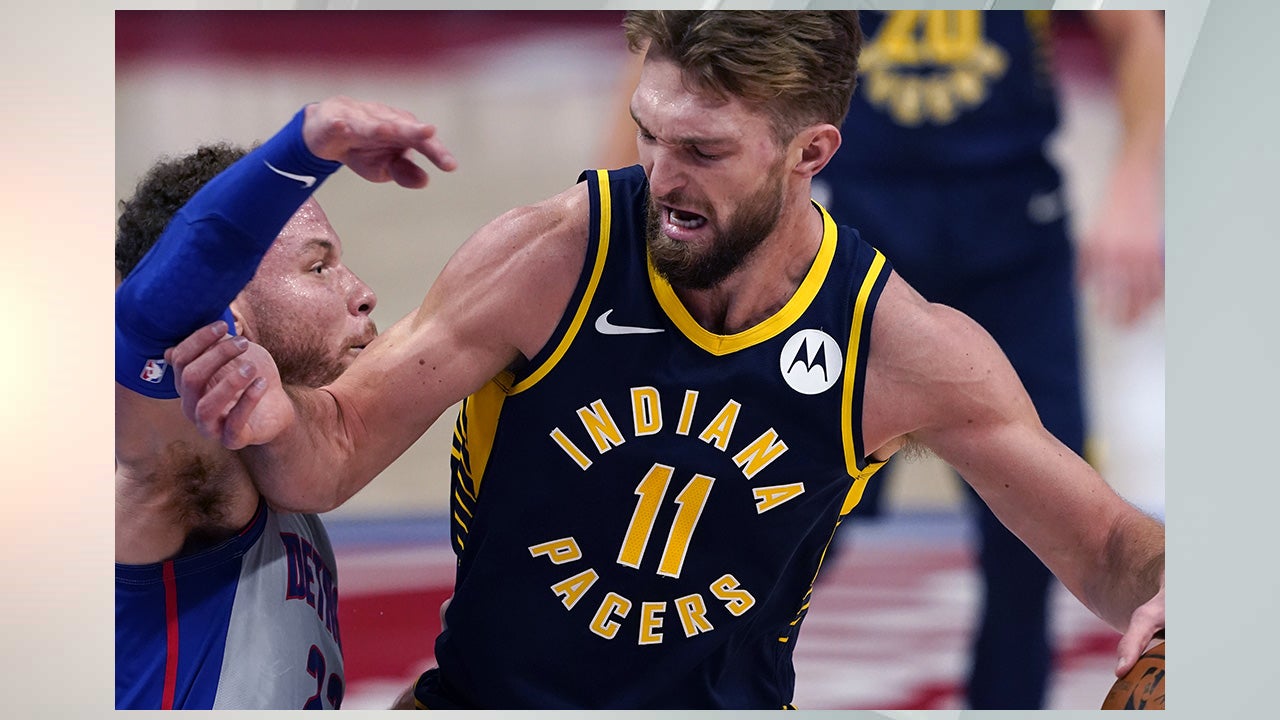 DETROIT (AP) — Domantas Sabonis had 26 points, eight rebounds and eight assists, and the Indiana Pacers snapped a four-game losing streak with a 111-95 victory Thursday night over the Detroit Pistons.

Malcolm Brogdon added 18 points and Jeremy Lamb scored 17 for the Pacers, who posted a season-low 94 points in a loss to Brooklyn on Wednesday. One night later, it was Detroit that struggled offensively, shooting 5 of 28 from 3-point range.

Josh Jackson led the Pistons with 18 points, and rookie Isaiah Stewart added 17 in his first start at center.