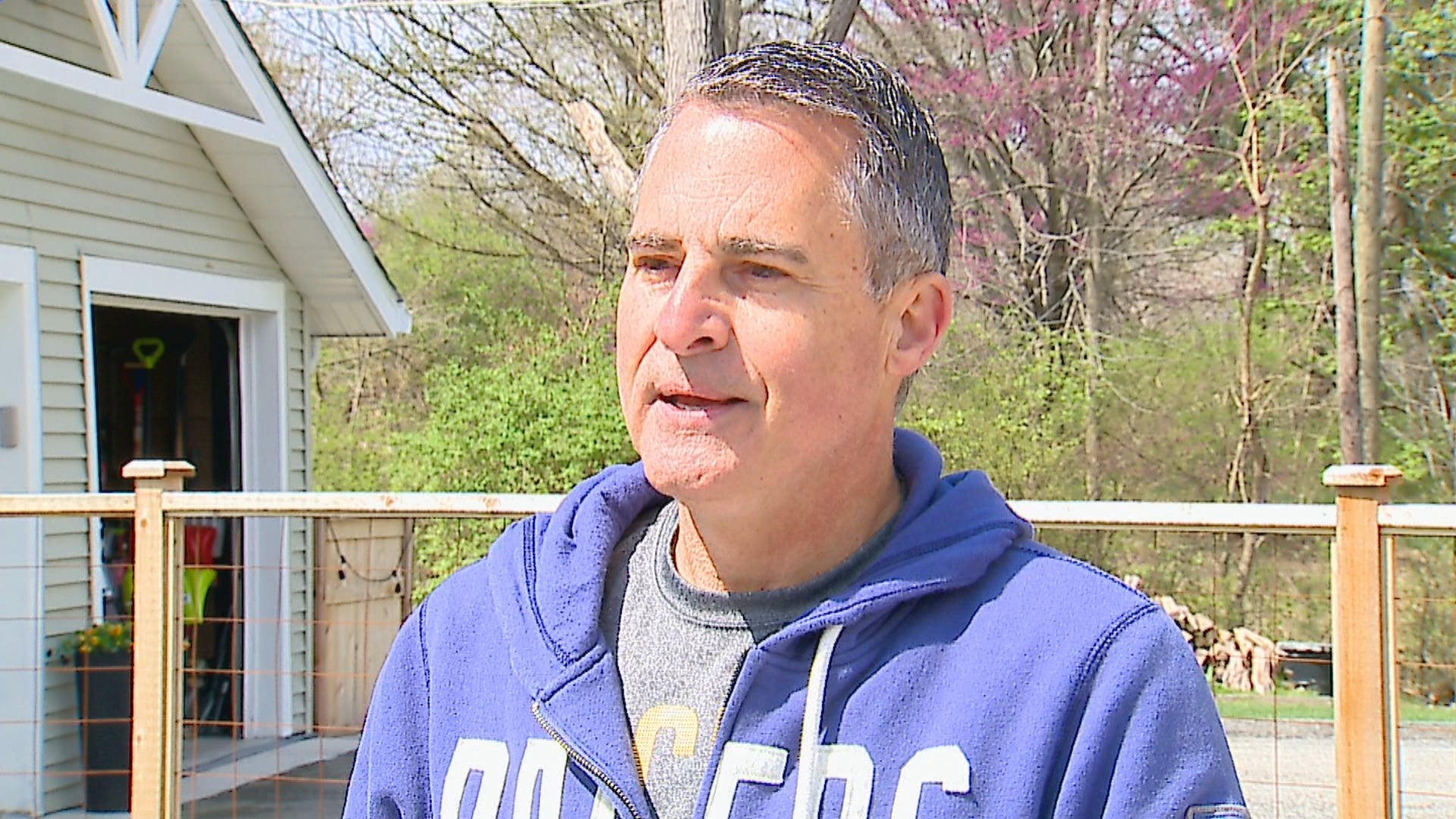 CARMEL, Ind. (WISH) — You know what sounds great right about now? A Pacers game-winning play. Victor Oladipo from the top of the key. Myles Turner with a monster block. Malcolm Brogdon finding a savvy way to the save the day.

One evening, whether it be this year or next, we will stand and scream once again as these moments unfold at one of the NBA’s best homes: Bankers Life Fieldhouse.

For those at home, Chris Denari again will deliver the drama in his own unique style, in part, thanks to an assist from his impeccable penmanship around his nightly game notes.

In the middle of his 14th season as the Pacers television voice on Fox Sports Indiana, Denari is now at home just like the rest of us. His positive attitude and refreshing perspective around the Pacers, the NBA and life as a whole? Yes, it made the trip home, too.

“I work in the ‘Toy Story ‘of life,” Denari said. “I know sports is a big business, but in the grand scheme of things, there are a lot of other things that are far more important.”

Is Denari hammering through old broadcasts, producing mock calls to stay fresh? Not quite yet.

But given the NBA’s hiatus, there is plenty of work underway around the Denari household, just of a completely different nature.  In fact, if you know any producers at HGTV, send them in that direction. Trust me. It’s the real deal.

“I have traded in pen and paper for shovels and rakes,” Denari said. “Let me first say that I execute what my wife’s vision is and what her design strategy is.”

Lucky for us, a recent tour of the Denari’s home and garden work was in the cards.

The goal for this trip? Give Pacers fans something to smile and laugh about during these tough times.

Chris Denari — kind enough to lend a hand, and a laugh, when we all need one.

If you are keeping score at home — make sure to mark this one down.