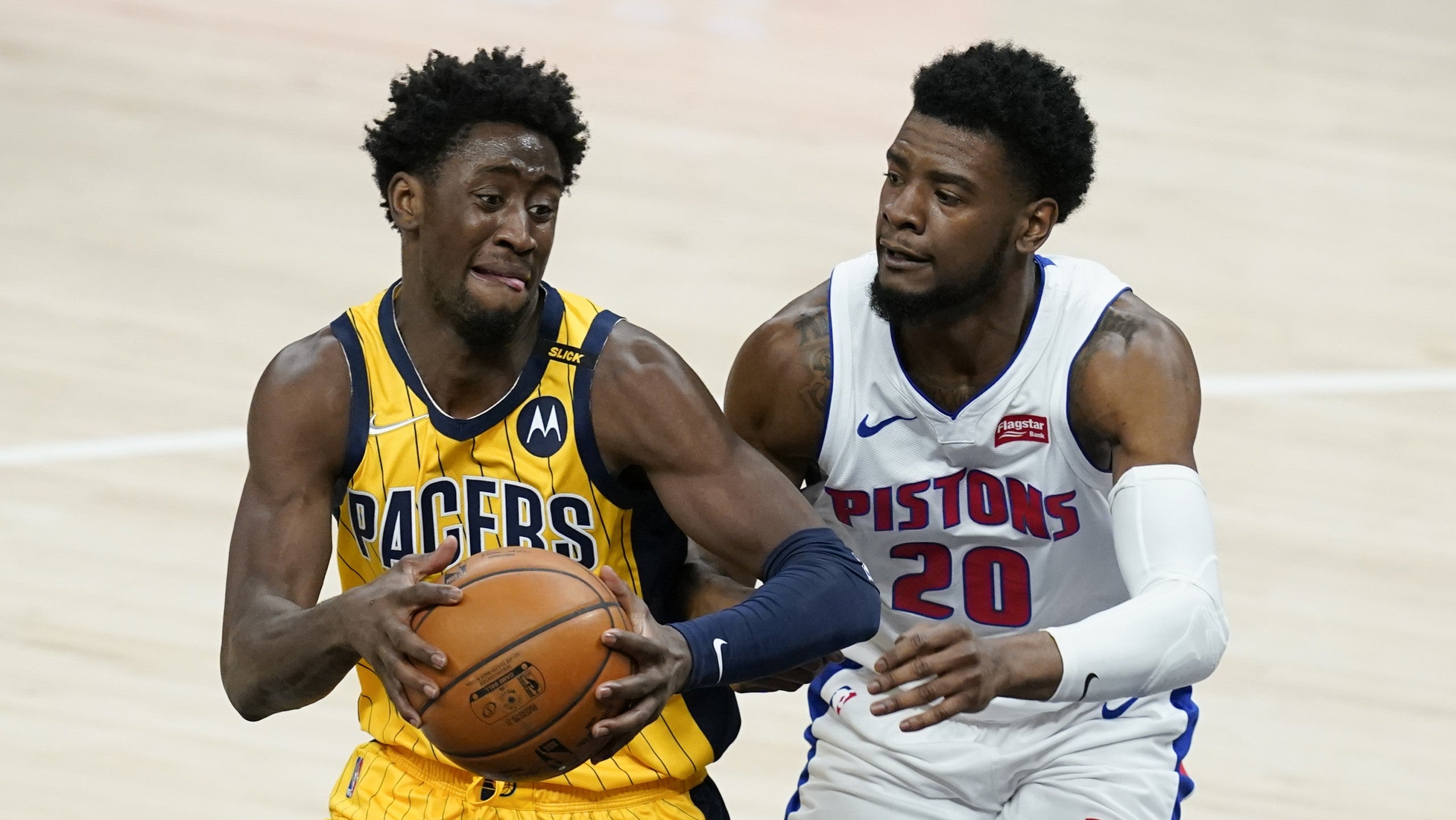 INDIANAPOLIS (AP) — Malcolm Brogdon scored 26 points, Caris LeVert had 25 and the Indiana Pacers had a late 12-0 run to beat the Detroit Pistons 115-109 on Saturday night.

The Pacers swept the season series from the Pistons for the first time since 2016-17 and have won 10 of 12 at home against Detroit.

Jerami Grant led the Pistons with 25 points, and Mason Plumlee had 17 points and 21 rebounds. The Pistons have lost six in a row on the road and seven of nine overall.