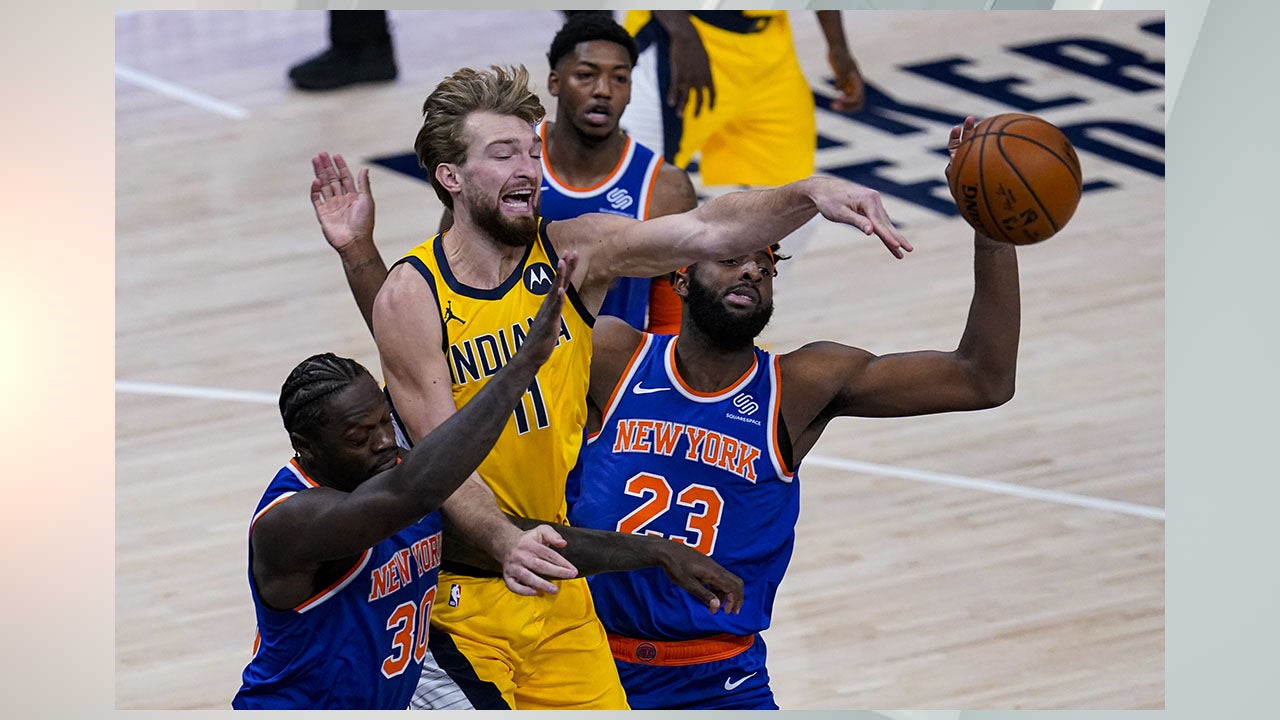 INDIANAPOLIS (AP/WISH) — Domantas Sabonis scored a career-high 32 points and Victor Oladipo added 16 of his 22 in the second half, leading the Indiana Pacers to a 121-107 opening night victory over the New York Knicks.

Sabonis also had 13 rebounds in the first win under new coach Nate Bjorkgren.

RJ Barrett finished with 26 points and Alex Burks had 22 for the Knicks, who lost their season opener for the fourth time in five years and for the first time under new coach Tom Thibodeau.

The Pacers started pulling away late in the third quarter and sealed the win midway through the fourth.

The game was played without fans in the stands due to the coronavirus pandemic.