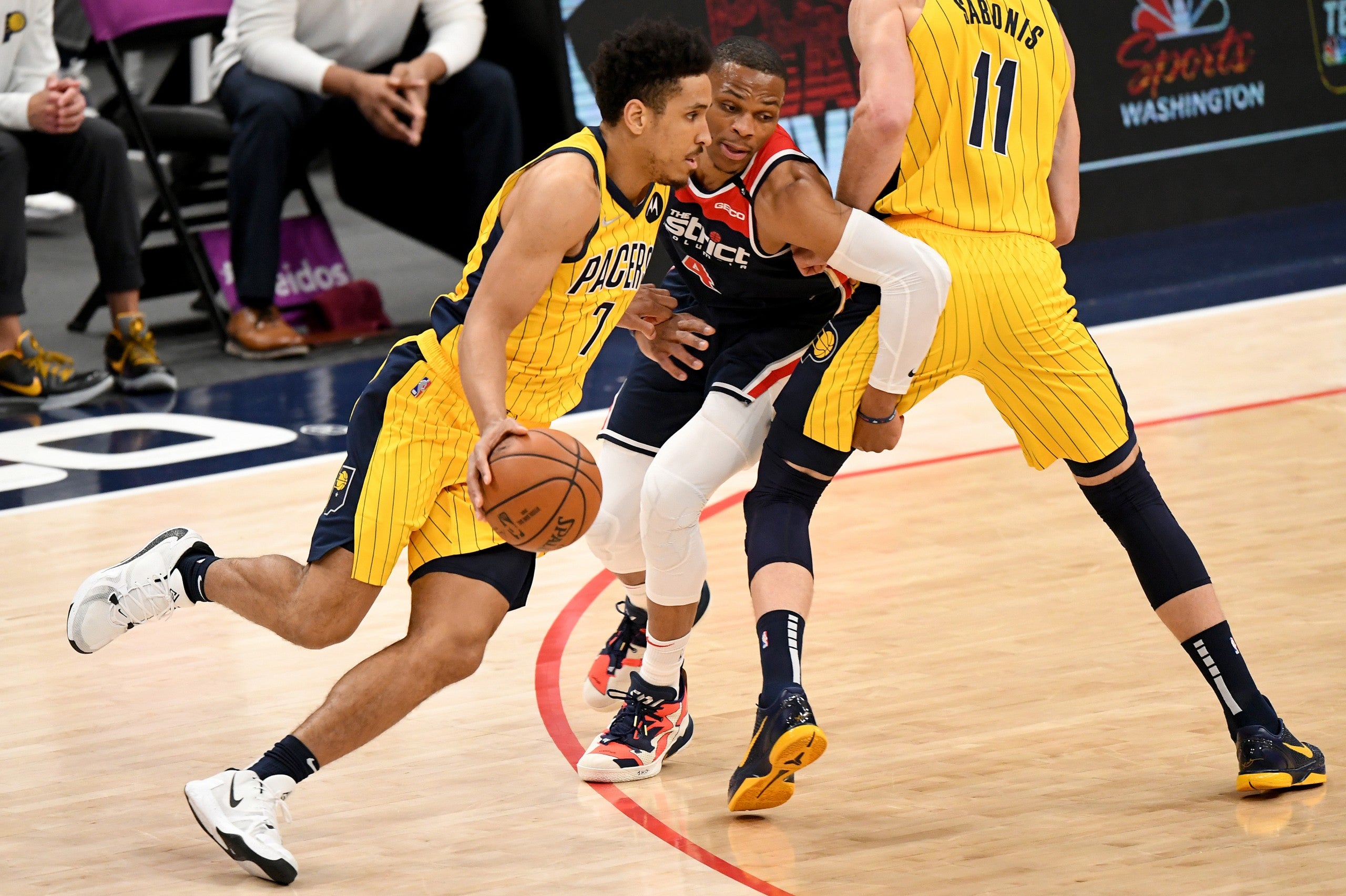 WASHINGTON (AP) — Russell Westbrook had 35 points, a season-high 21 assists and 14 rebounds for his NBA-leading 16th triple-double as the Washington Wizards beat the Indiana Pacers 132-124.

Westbrook also secured the franchise career triple-double record in just his 38th game with the Wizards, this one coming while teammate and NBA leading scorer Bradley Beal sat out with a bruised hip.

Rui Hachimura added 26 points and Chandler Hutchison had 18 in his debut with the Wizards, who won their second straight. Domantas Sabonis had 35 points and 11 rebounds for the Pacers.