Kevin Durant among 4 Nets to test positive for coronavirus 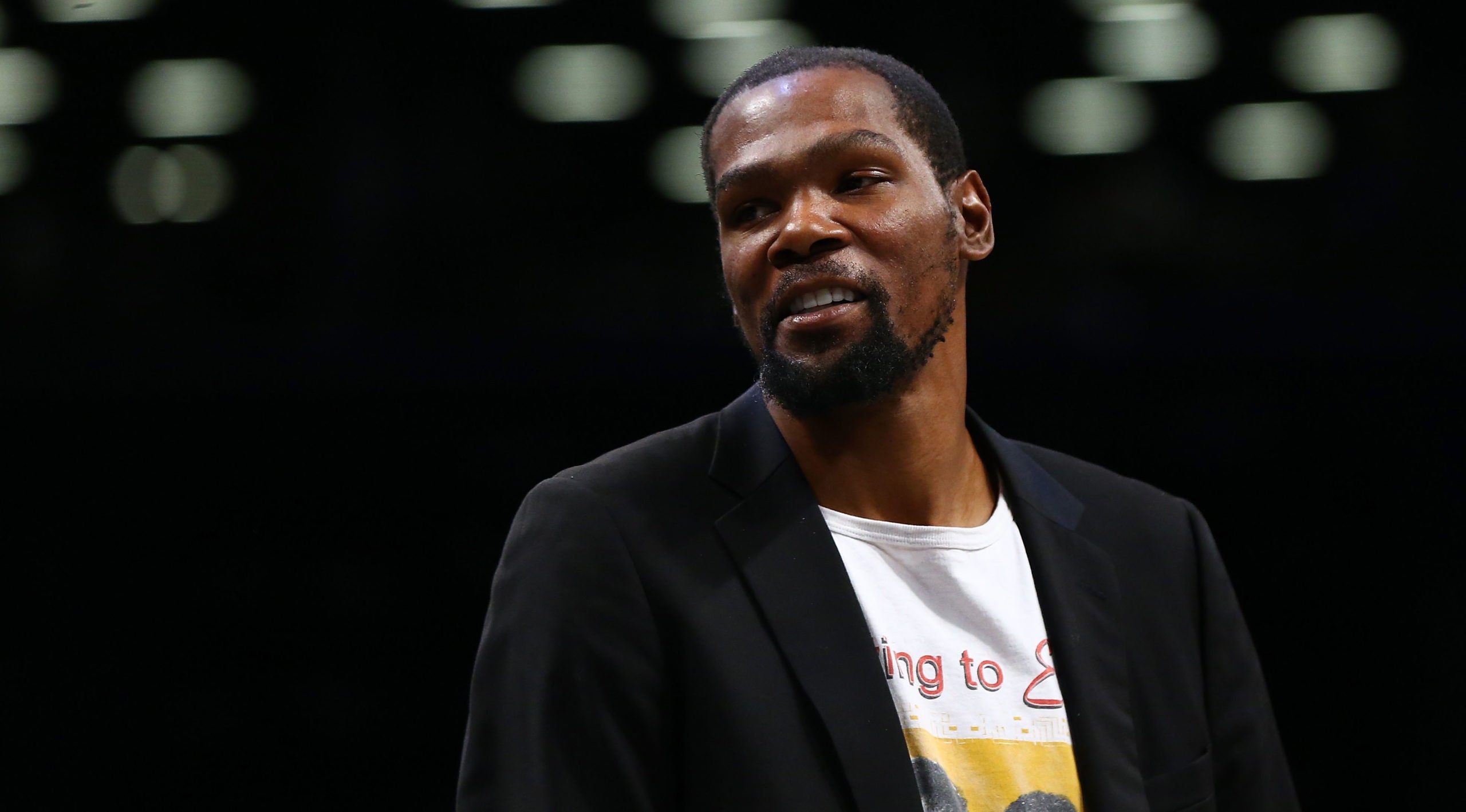 NEW YORK, NEW YORK - FEBRUARY 03: Kevin Durant #7 of the Brooklyn Nets looks on from the bench during the game Phoenix Suns at Barclays Center on February 03, 2020 in New York City.Brooklyn Nets defeated the Phoenix Suns 119-97. NOTE TO USER: User expressly acknowledges and agrees that, by downloading and or using this photograph, User is consenting to the terms and conditions of the Getty Images License Agreement. (Photo by Mike Stobe/Getty Images)
by: Allen Kim
Posted: Mar 17, 2020 / 06:27 PM EST / Updated: Mar 17, 2020 / 08:40 PM EST

(CNN) — Kevin Durant is among the four members of the Brooklyn Nets who have tested positive for the coronavirus.

Only one player has shown symptoms while the other three are asymptomatic. All four players are currently isolated and under the care of team physicians, according to a statement from the team.

It is unclear whether Durant is showing symptoms. The identities of the other three players were not revealed.

“The organization is currently notifying anyone who has had known contact with the players, including recent opponents, and is working closely with state and local health authorities on reporting,” the Nets said in a statement.

“All players and members of the Nets travel party are being asked to remain isolated, closely monitor their health and maintain constant communication with team medical staff. The health of our players and staff is of the highest priority to the organization and the team is doing everything within its power to ensure that those affected receive the best care possible.”

The news comes one week after the NBA announced it is suspending the season after Utah Jazz player Rudy Gobert tested positive for the Covid-19 virus.

Two other NBA players — Donovan Mitchell of the Utah Jazz and an unnamed player on the Detroit Pistons — have also tested positive for the virus, bringing the total number of players in the league known to have the virus to seven.

Durant has been sidelined since June 10, 2019 after he tore his Achilles tendon during Game 5 of the 2019 NBA Finals.

He chose to leave the Golden State Warriors and sign a four-year, $164 million contract with the Nets during the off-season.

He has yet to suit up and play for the Nets.