NBA, players say games will resume Saturday; arenas can be used for voting 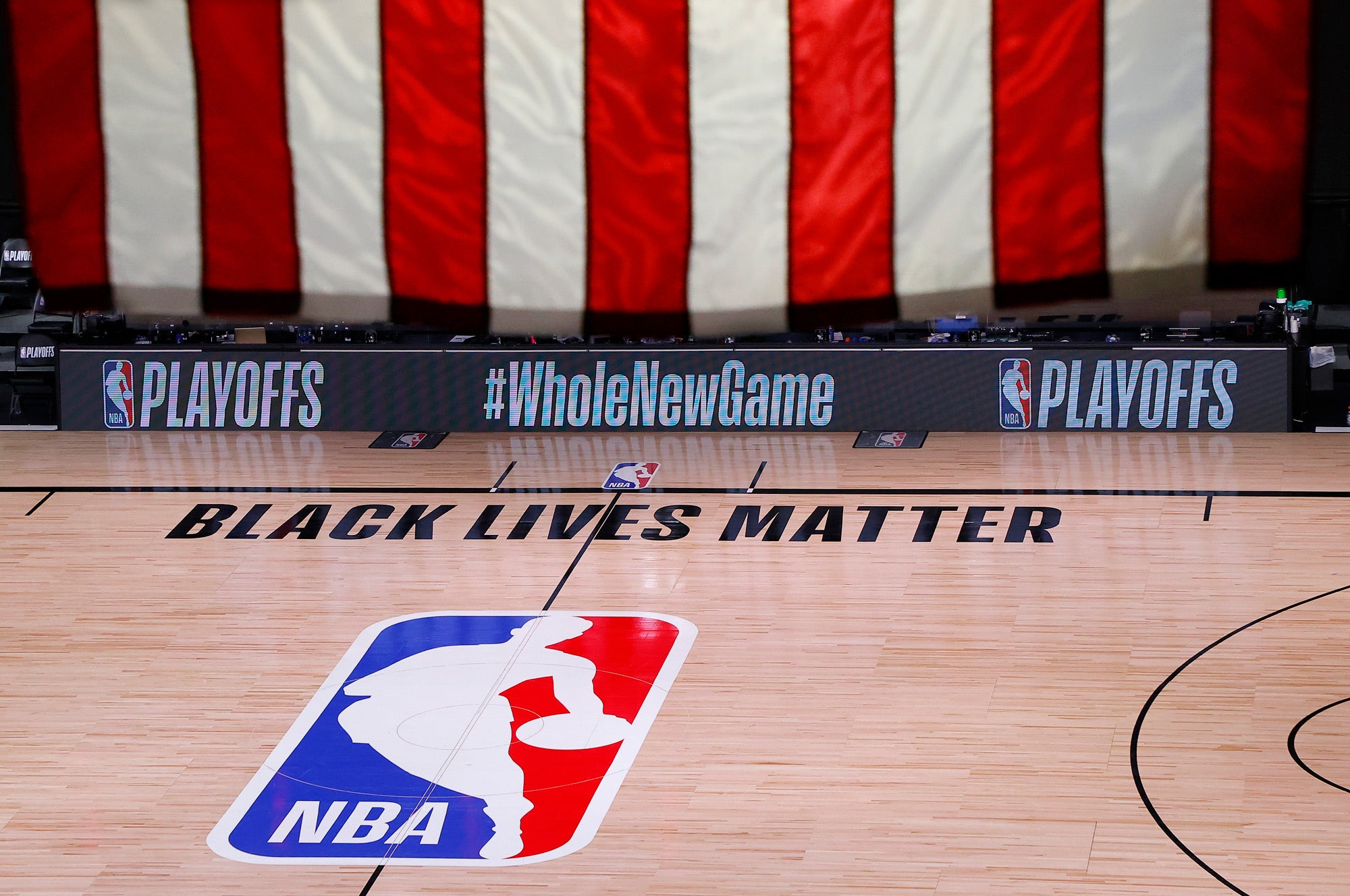 (CNN) — The NBA and the players association say competition will resume Saturday, with no playoff games Friday.

In a statement released Friday, the league and players union jointly announced a commitment to establish a social justice coalition and voting initiatives. That includes using arenas as polling places and sharing voting information in advertisements during the playoffs.

Nine games have been postponed since Wednesday, when the Milwaukee Bucks became the first team opting not to play in response to the shooting of Jacob Blake by a police officer in Wisconsin on Sunday.

“The NBA and its players have agreed to immediately establish a social justice coalition, with representatives from players, coaches and governors, that will be focused on a broad range of issues, including increasing access to voting, promoting civic engagement, and advocating for meaningful police and criminal justice reform,” says the statement by NBPA Executive Director Michele Roberts and NBA Commissioner Adam Silver.

“In every city where the league franchise owns and controls the arena property, team governors will continue to work with local elections officials to convert the facility into a voting location for the 2020 general election to allow for a safe in-person voting option for communities vulnerable to COVID. If a deadline has passed, team governors will work with local elections officials to find another election-related use for the facility, including but not limited to voter registration and ballot receiving boards.

“The league will work with the players and our network partners to create and include advertising spots in each NBA playoff game dedicated to promoting greater civic engagement in national and local elections and raising awareness around voter access and opportunity.”

The announcement followed news that Michael Jordan would serve as an intermediary for players and owners.

Jordan, who is the only Black majority owner in the league, also serves as the NBA Labor Relations Committee chairman. After Thursday’s three playoff games were postponed, the NBA announced a meeting between players and management to discuss how to proceed.

And in that meeting, Jordan — a former player and current owner of the Charlotte Hornets — became the primary mediator, according to ESPN.

ESPN’s Adrian Wojnarowski has since reported the NBA players’ decision to return to the postseason.

The postponement of Thursday’s playoff games came after the Milwaukee Bucks players chose not to play against the Orlando Magic on Wednesday after the Blake shooting.

Three other NBA playoff games were called off on Wednesday — as well as a whole host in other US sports.

Meanwhile Los Angeles Laker LeBron James, who is spearheading a multimillion-dollar campaign to recruit poll workers in Black electoral districts ahead of November’s elections, continued to call for electoral participation on Twitter.

“Change doesn’t happen with just talk!! It happens with action and needs to happen NOW! For my @IPROMISESchool kids, kids and communities across the country, it’s on US to make a difference. Together. That’s why your vote is @morethanavote.”

Blake, a Black man, was shot in the back by police on Sunday as he tried to enter his vehicle in Kenosha, Wisconsin. His shooting became the latest incident to prompt outrage nationwide over racial injustice and police brutality.

Like their male counterparts, the WNBA postponed Thursday’s games, the second straight night of postponements, to “continue discussions and reflection on recent events.”

On Thursday, the entire league of WNBA players stood arm-in-arm together in solidarity, while Nneka Ogwumike of the Los Angeles Sparks, who is the Women’s National Basketball Players Association (WNBPA) president, spoke to ESPN’s Holly Rowe.

“It is important to note that this is not a strike,” Ogwumike, reading a statement from the players, said. “This is not a boycott. This is affirmatively a day of reflection. A day of informed action and mobilization.”