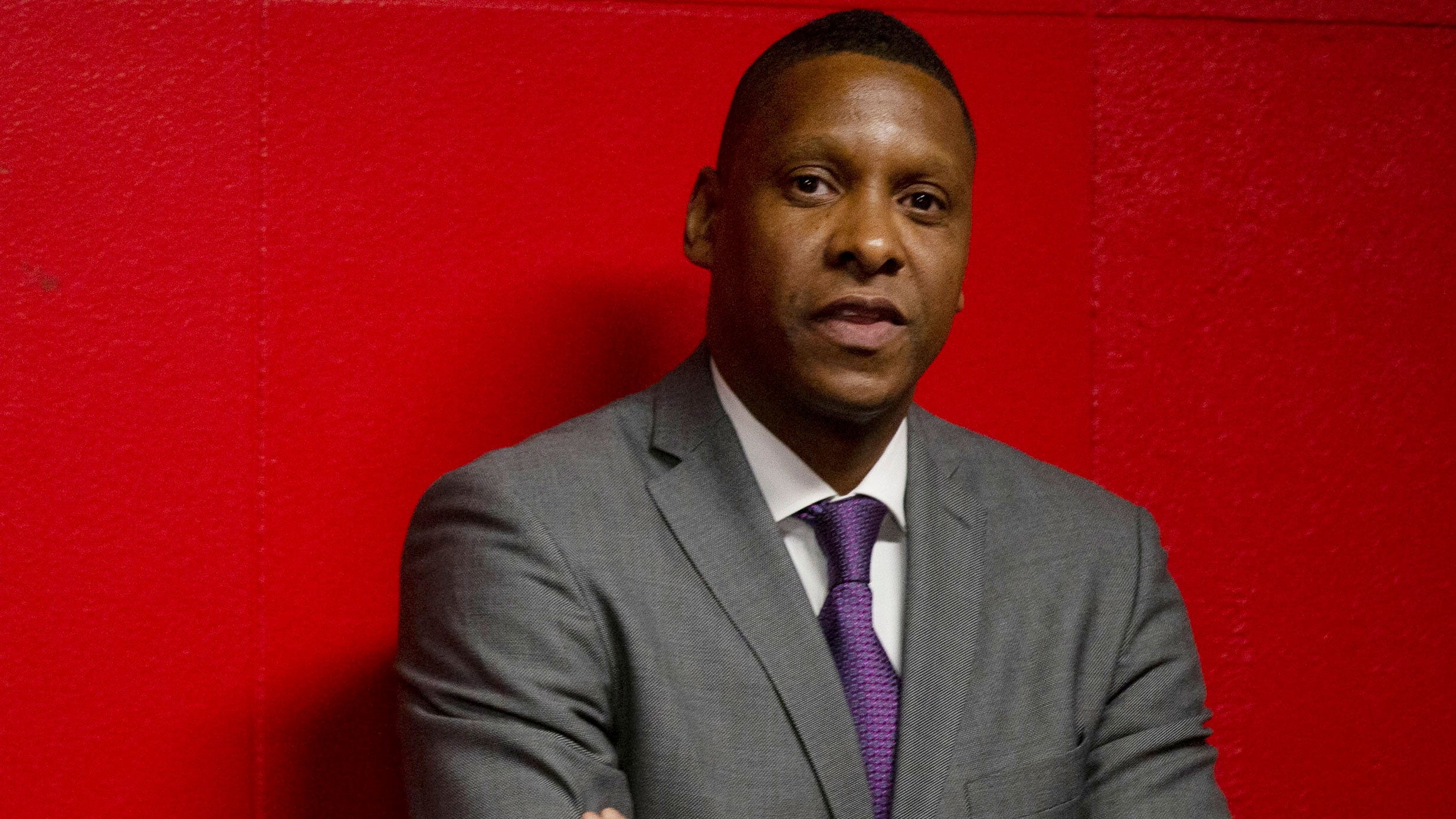 The video, obtained by CNN, raises questions about a claim by the officer — sheriff’s deputy Alan Strickland — that Ujiri was the aggressor in the exchange.

The body camera footage shows the incident from Strickland’s perspective. In it, Ujiri is seen attempting to gain access to the court to celebrate with his team.

As Ujiri reaches into his jacket to show his all access credentials, Strickland twice shoves him away, grabbing him by the suit jacket and telling him to “back the f*** off.” Ujiri then shoves the officer back.

Other video shows the two men then being separated, before Ujiri was allowed access to the court.

The footage is included as part of a countersuit, filed by Ujiri in U.S. District Court in Oakland, California, on Tuesday.

“To be sure, the great majority of law enforcement officers do not conduct themselves in this way. Mr. Strickland, however, has chosen dishonesty over integrity. Motivated by greed (and perhaps revenge), Mr. Strickland continues to lie about his encounter with Mr. Ujiri in an attempt to support his frivolous lawsuit,” reads the suit.

Strickland had filed a suit in February against Ujiri, claiming that he had “suffered, and will continue to suffer, physical, mental, emotional, and economic injuries” as a result of the incident.

The suit alleges that the officer suffered injuries to his head, jaw, chin and teeth from the altercation.

Ujiri described the suit to Canadian press in February as “malicious in a way.”

He went on to say: “To me it’s incredible that things play out like that. I think something incredible was taken away from me and I will never forget it. It is one of the things that drives me to win another championship because I want to be able to celebrate a championship the right way. This thing will be settled. The truth will come out. The truth will come out of this.”

On Tuesday, the Raptors released a fresh statement, commented on the new video and reiterating their objection to the original suit.

“We are mindful this remains before the courts, but we have always maintained that the claims made against Masai are baseless and entirely without merit,” it says.

“We believe this video evidence shows exactly that — Masai was not an aggressor, but instead was the recipient of two very violent, unwarranted actions.

“The events of that evening cast a pall over what should have been a night of celebration, and the year since. While Masai has the full backing of Raptors and MLSE as he fights this injustice, we are aware that not all people have similar support and resources. This is a spurious legal action that MLSE, the NBA, and especially Masai should not be facing.”

In a statement given to CNN on Thursday, Ujiri said “…I was reminded in that moment that despite all of my hard work and success, there are some people, including those who are supposed to protect us, who will always and only see me as something that is unworthy of respectful engagement. And, there’s only one indisputable reason why that is the case – because I am Black.”

CNN has reached out to Strickland’s legal team for comment and the Alameda County Sheriff Office. When the incident first occurred, the Sheriff’s office defended Officer Strickland’s actions, and claimed Ujiri was the aggressor.

In October, the Alameda County District Attorney’s Office said that Ujiri would not face criminal charges.