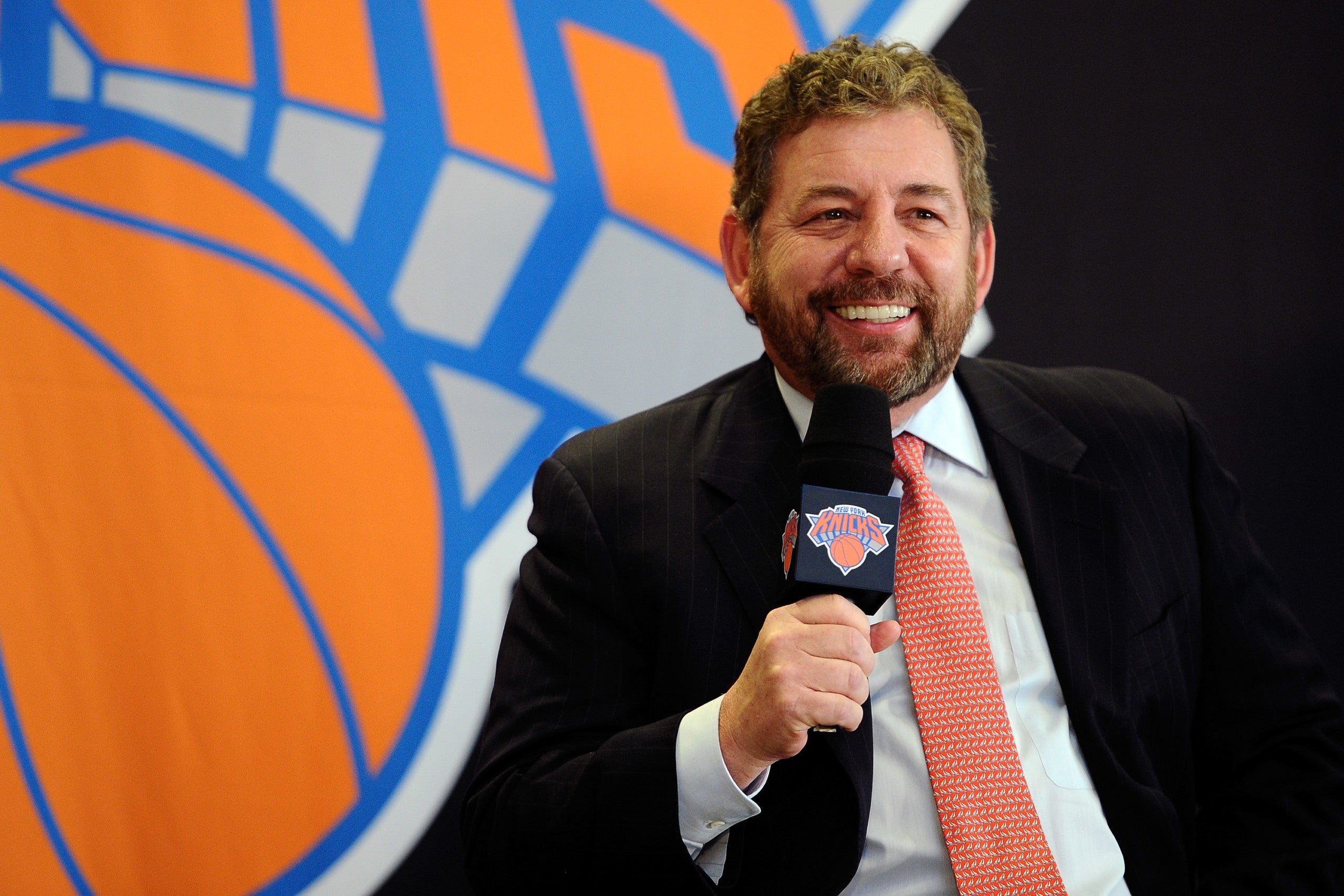 (CNN) — The New York Knicks and James Dolan, the executive chairman of parent company The Madison Square Garden Company, have come under fire for their delayed response to George Floyd’s death.

Most NBA organizations were quick to issue public responses, but the MSGC only issued a statement Tuesday — 15 days after Floyd’s death — which was posted to the Knicks’ social media accounts, along with those of the New York Rangers, dancing troupe the Rockettes and the MSGC’s official social media feeds.

The statement read: “Every one of us has a role to play in creating a more just and equal society, where there is no racism, bigotry, violence or hate. We stand with all who act for positive change.”

However, the Knicks have faced backlash, owing to the length of time it took for a statement to be released publicly and the omission of any reference to Black Lives Matter.

Prominent Knicks fan and comedian Desus Nice retweeted the statement with the comment: “DEFUND THE KNICKS.”

The Knicks’ tweet issuing the statement has received over a thousand replies, almost all responding negatively. THE MSGC did not immediately respond to CNN’s request for comment.

Dolan, who supervises day-to-day operations of the Knicks and Rangers, had previously been criticized for an internal email he had sent to MSGC employees on June 1 explaining why the company had not issued a public statement in the aftermath of Floyd’s death.

In the email, obtained by ESPN, Dolan writes: “We know that some of you have asked about whether our company is going to make a public statement about the killing of George Floyd by a Minneapolis police officer.

“I want you to know, I realize the importance of this issue. Therefore, I want you to understand our internal position.

“This is a turbulent time in our country. The coronavirus and civil unrest have taken their toll on our way of life. We at Madison Square Garden stand by our values of respect and peaceful workplace. We always will.

“As companies in the business of sports and entertainment, however, we are not any more qualified than anyone else to offer our opinion on social matters.”

Less than 24 hours later, Dolan sent a follow-up email to staff condemning “racism against anyone.”

It read: “Yesterday, I made a sincere attempt to provide my perspective on a very difficult issue, one that has no easy answers.

“I know how important this topic is to so many, and I do not want there to be any confusion about where I as an individual, or we as a company stand. So let me be clear: we vehemently condemn and reject racism against anyone, period.”

At the point of that memo being issued, only the Knicks and the San Antonio Spurs had still not spoken publicly.

However, on June 3 the Texas organization released a series of videos on Twitter where members of the Spurs — including coach Gregg Popovich, who has a substantial record of speaking up for progressive issues, including race — and the wider American community shared stories of how racism impacts society.