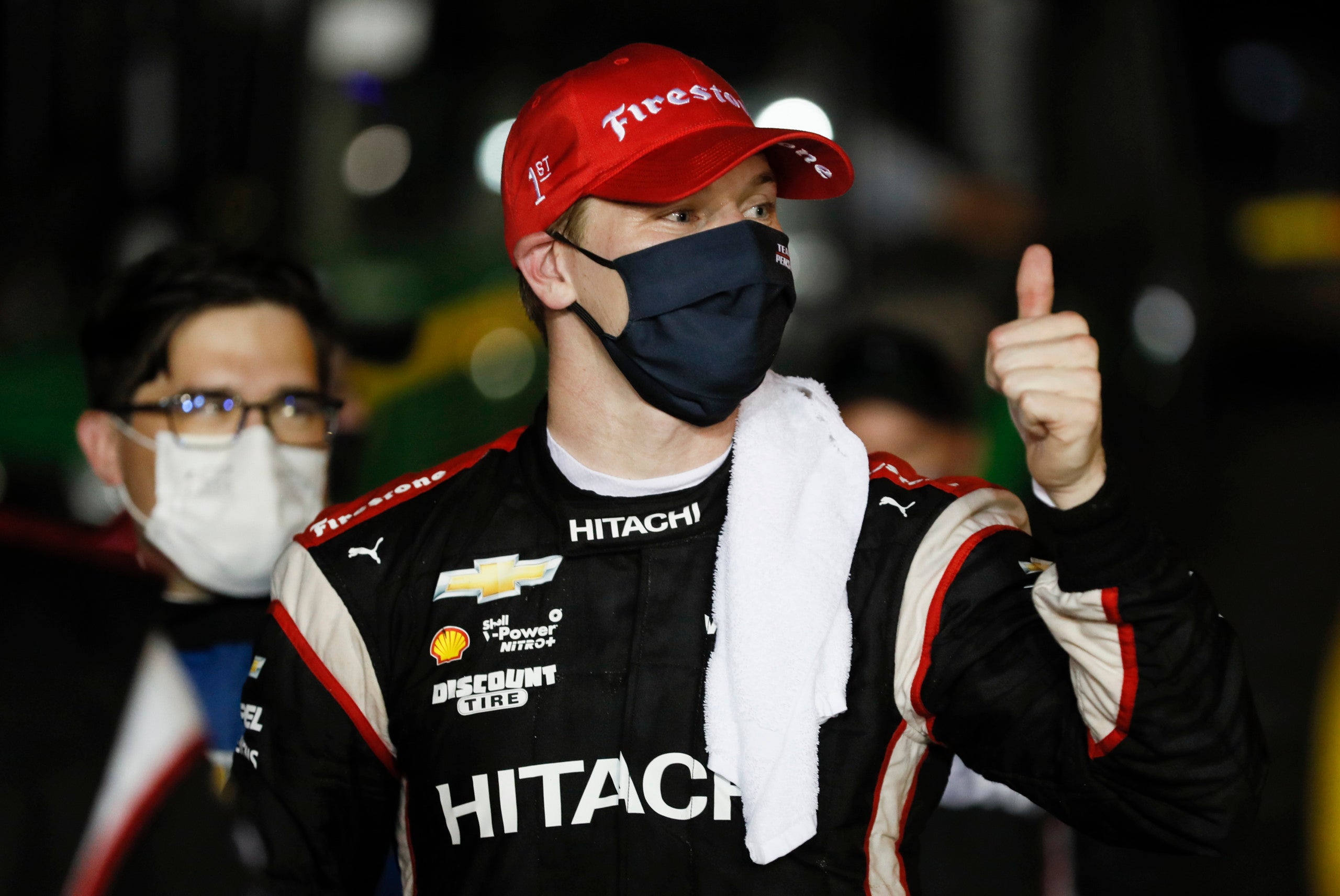 NEWTON, Iowa (AP) — Josef Newgarden was seething after a fifth-place finish in the opener of the IndyCar doubleheader at Iowa, insisting he had the best car of the night and it was merely misfortune that cost him the win.

The two-time series champion left nothing to chance Saturday night.

Newgarden started from the pole and led nearly wire-to-wire to win Race 2, giving team owner Roger Penske a sweep of the two IndyCar races after Simon Pagenaud’s win in the opener. It also gave Team Penske its fourth victory across three series this weekend with the NASCAR Cup Series drivers still to come Sunday.

“I don’t know what we have to do to keep the bad luck off us, but hopefully this is a start,” Newgarden said. “I was so disappointed for the guys yesterday. I was angry for them because I thought we had the best car. So I thought everyone was determined to come back and have a good race.”

More like a dominant one. The Tennessee driver led 214 of the 250 laps to became the first to win an Iowa IndyCar race from the pole.

“I heard that stat and I don’t think I’ve ever been on the pole here before,” he said, “so I was sitting there thinking, ‘I don’t know why we can’t do that. We can convert from the pole.’ I was totally confident.”

Will Power finished second after wrecking out of the doubleheader opener. Graham Rahal was third for his first podium in more than a year, while Pagenaud again came from the back to finish fourth and series leader Scott Dixon was fifth.

“It feels good just to have a solid day,” said Power, who doused himself with bottled water after stepping from the car on a night where the heat index hovered around triple digits. “We’d loved to have the win, of course, but seeming like if you do a good job in this series you get screwed. I’m glad for once we actually got a good result out of it.”

It was an especially good weekend for his team owner, who sent out 13 drivers in five series across two continents this weekend. Pagenaud gave Penske his first win IndyCar win since purchasing the series late last year, then Scott McLaughlin won the Supercars race in Australia. Austin Cindric wound up winning the Xfinity race at Texas on Saturday when first-place finisher Kyle Busch was disqualified, and Newgarden made it four wins in two days for Team Penske.

While the Penske entries in the IMSA race at Sebring failed to make the podium on Saturday, there’s another Supercars race Sunday. Ryan Blaney, Brad Keselowski and Joey Logano also will try to add to the haul in the Cup Series race at Texas.

“We just showed everyone in the paddock you have to count on us no matter what happens,” said Pagenaud, whose mechanical issues in qualifying forced him to start last both nights. “That’s the mark of a championship team. That’s what you want to do. That’s what you want every weekend. You want people to fear you.”

Pato O’Ward was the only one putting much fear in Newgarden until a mistake on a pit stop midway through the race cost him dearly. O’Ward’s rear tire was not properly secured — a similar problem caused Power’s wreck the previous night — and he had to hit the brakes and get pushed back to his stall to have it tightened.

O’Ward returned to the track a lap down and was forced to play catch-up. He wound up finishing 12th.

Ryan Hunter-Reay also was running near the front when he spun into the inner wall trying to accelerate off pit road. The veteran driver did the same thing in Race 1, leaving black marks on the wall about 30 yards apart.

“Got to be better than that. I was looking to make up a lot of track time on that out-lap and I short-shifted out of second gear,” he said. “I almost caught it. Almost doesn’t count. The guys on the No. 28 don’t deserve that.”

Dixon, whose three straight wins to start the season gave him a 50-point lead, only conceded a single point to second-place Pagenaud in the series standings. Newgarden is another four points back in what has become a three-man race.

“I think we’ve been pretty good at getting ourselves out of some holes,” Dixon said. “Race 2 at Elkhart was a bad day for us. We’re going to learn from that. It’s interesting these weekends, how quickly things can change.”

The doubleheader made it five races for IndyCar since the series returned without fans July 4 on the road course at Indianapolis Motor Speedway. That included a doubleheader last weekend at Road America. Now, the series takes a break before running at Mid-Ohio on Aug. 9, the final race before the postponed Indianapolis 500 two weeks later.

“I love going home,” said Rahal, who grew up in nearby Columbus, Ohio. “We found some good stuff the last time we were on road courses, so I expect us to be really good. We’re a contender this year. I think a lot of people have seen.”