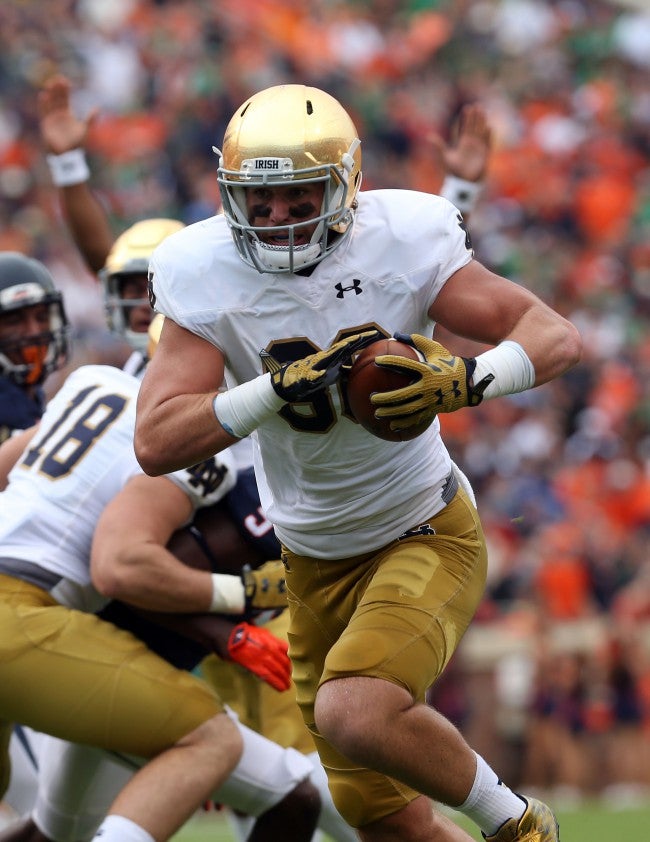 Coach Brian Kelly said Smythe tore the MCL in his right knee late in the fourth quarter against Virginia. Kelly says Smythe had surgery Tuesday and also underwent surgery for an injured right shoulder. Smythe, entered the season with one career catch and had two this year.

Smythe is the fourth starter with a season-ending injury for the eighth-ranked Irish (2-0), who play No. 14 Georgia Tech (2-0) Saturday. Nose guard Jarron Jones and running back Tarean Folston sustained knee injuries while quarterback Malik Zaire fractured his ankle against Virginia.

The Irish have four other tight ends on the depth chart, but none has caught a pass.