Off track: How drivers prepare for the Indy 500 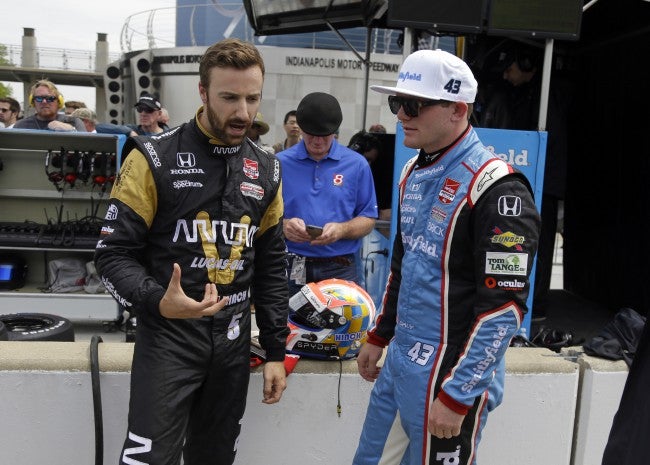 INDIANAPOLIS (WISH) – The common misconception about racing is that it’s easy. You sit in the car, right? And operate the pedals.

Try doing that at more than 200 miles per hour, with G forces working against you at each turn.

“I don’t know if you’ve ever experienced a G force before. Not a lot of people have. If you’re turning that car and feeling the weight go against you, that’s a G force. Multiply that by 100. By the end of the race, it feels like all of the organs are on the right side of your body,” said Conor Daly, driver for Dale Coyne Racing.

Daly works out at St. Vincent Sports Performance on the northwest side, assuring his body stays ready for the twists and turns of the track.

“You have to put in the effort in the gym to be more prepared in the car,” said Daly.

“When they can operate at a better heart rate, they can make better decisions,” said Daly’s trainer Jeff Richter. “They can be more about their wit, they have the strength and fitness to withstand all the repeated forces from turns.”

During the offseason, drivers are in the weight room about five times a week building strength and getting ready for the upcoming season. But come the month of May, it’s about maintaining what they’ve worked so hard for.

“They put those deposits in the bank account in the offseason. Then in season, it’s like monitoring a mutual fund or a stock. We just want to make sure their fitness level doesn’t drop,” said Richter.

Three times a week, Richter puts Daly through an hour-long workout designed to replicate being in an actual IndyCar.

“We work a lot on (Daly) being in a mid-elbow bent position. That’s the position they’re in quite frequently. So we work on pressing and pulling, trying to accentuate that elbow length,” said Richter.

“This year, I’ve felt better than ever in the car,” Daly said. “We’ve had the last two races go green, which is extremely physically difficult to do, and I feel like if we hadn’t prepared in here, then I wouldn’t have been as prepared as I was for those races.”

The hard work has already started to pay off. Daly  currently leads the most laps for Honda cars this season.

“In the end, there’s only one goal on my mind, and that’s to be a better driver,” said Daly.

The quest to be a better driver continues during the month of May.