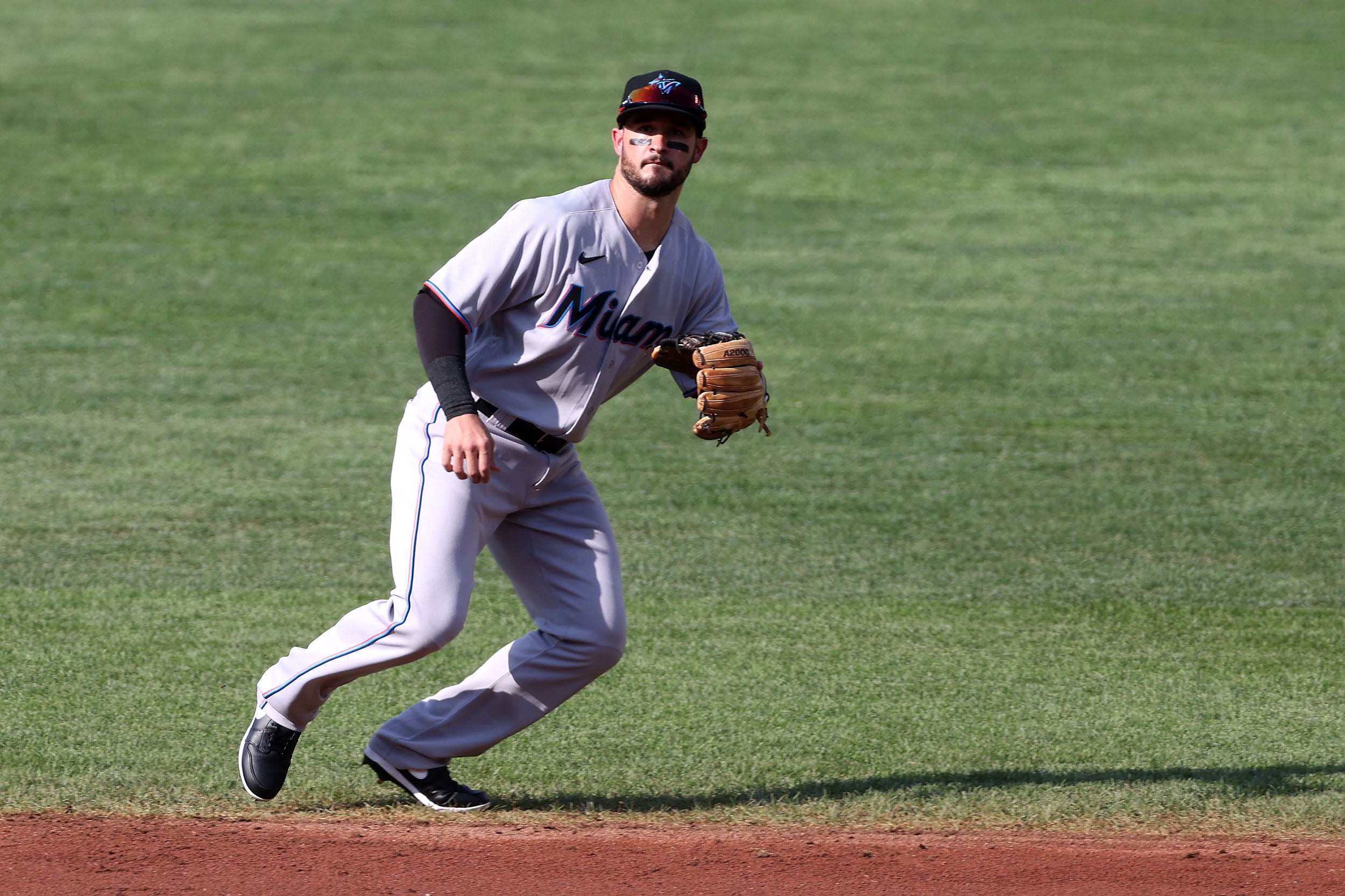 (CNN) — Ahead of their return to playing baseball after a Covid-19 outbreak, the Miami Marlins announced an enormous amount of moves to fill out their roster on Tuesday.

One of those transactions included selecting the contract of infielder Eddy Alvarez, a Miami native and an Olympic short track speed skater.

Alvarez, 30, made his major league debut on Wednesday, in the first game of a doubleheader against the Baltimore Orioles, playing second base. He’s still searching for his first big league hit, going 0-for-3, but his team did get the win, 1-0.

In 2014, Alvarez became the first Cuban-American male speed skater to make a US Olympic team. He was a silver medalist in the men’s 5000-meter short-track relay at the Olympic Winter Games in Sochi. Alvarez, who played at Salt Lake Community College in Utah, spent six seasons in the minor leagues. He played 66 games for Triple-A New Orleans in 2019, his first year with the Marlins organization.

On Wednesday, Marlins manager Don Mattingly was asked about Alvarez ahead of his major league debut.

“He surprised me,” Mattingly said. “I heard the talk about him that he was probably going to be available. … I had not really seen much of him, but seeing him in spring, he is impressive just from the standpoint of he can play.

“He can hit. Lefthanded, his swing looks really good. Righthanded, he’s not a pushover. He can play all over in the field. He’s smart, obviously coachable, obviously with the accomplishments he had with the Olympics.

“You know (he’s) a guy that’s going to be disciplined, in shape, takes care of himself and all those type of things, and that’s what you get with Eddy. We’re not afraid to play him. I think he’s going to be good for us. He swung the bat really good in the spring and he swung the bat really good in the summer camp — and with a little bit of thump. This guy has a chance to do some things. … He’s been a fun guy to watch, and he’s a good guy to have.”