Players at 70 games, MLB at 60; Manfred says deadline near 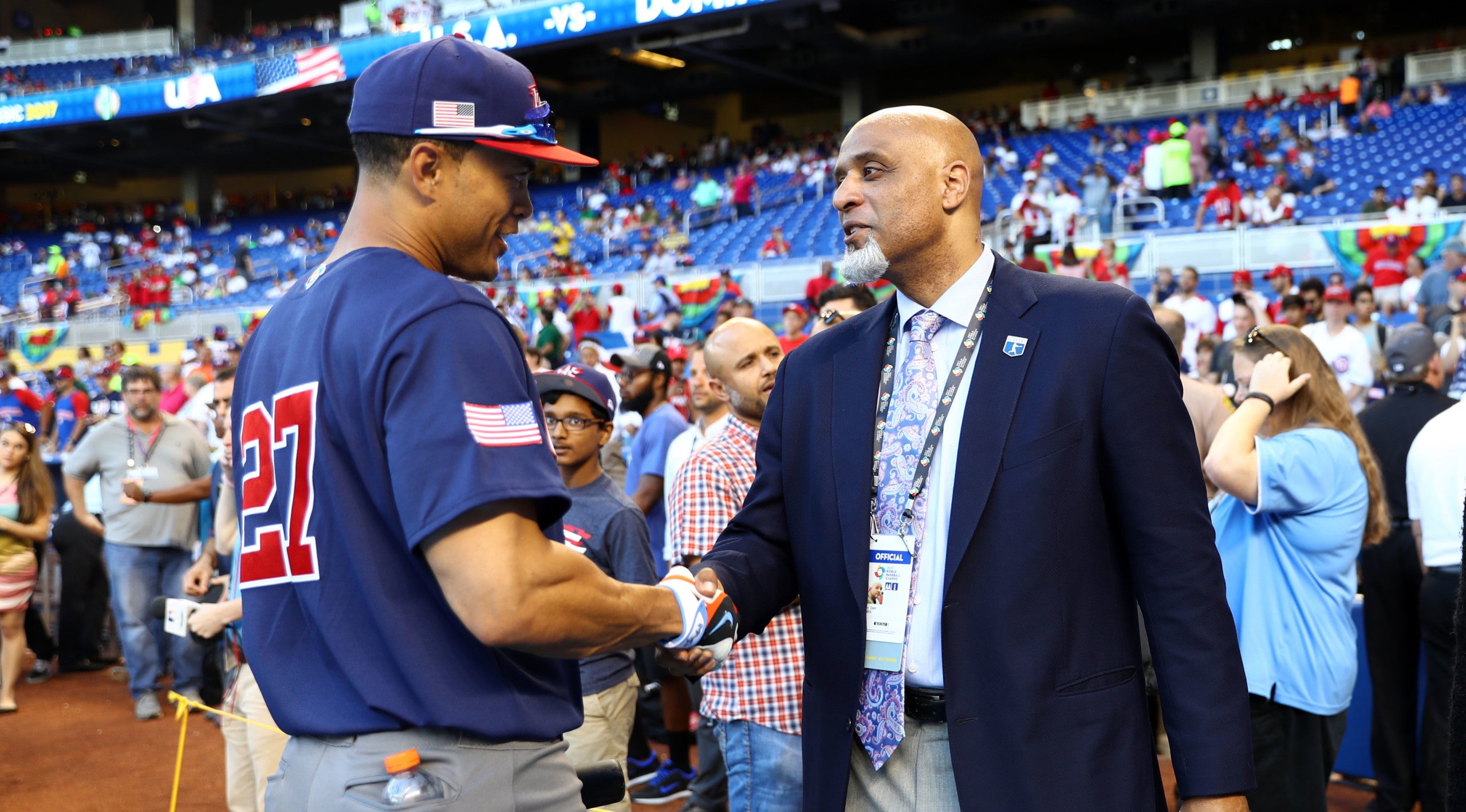 As part of the union proposal, players would wear advertisement patches on their uniforms during all games for the first time in major league history.

“This needs to be over,” Manfred said. “Until I speak with owners, I can’t give you a firm deadline.”

Both sides envision spring training resuming June 26. Counting back, that means pitchers and catchers would have to travel Monday for the start of medical intake testing the following day.

While the gap has narrowed, both sides remain opposed to additional concessions, The path toward an agreement remains uncertain and difficult.

“We believe this offer represents the basis for an agreement on resumption of play,” union head Tony Clark said in a statement.

Manfred met with Clark in Arizona for about five hours Tuesday, and MLB said Wednesday that they had reached a framework for the season. The union disputed that, saying it was merely another proposal.

“We had a list of issues. We stated positions on each of those issues. We then made trades and compromises across and within those issues,” Manfred said. “At several points in time, I went back to the list of issues with Tony and reviewed where we were, and I did that again at the end of the meeting. We shook hands and we both agreed we were going to — push was the word — push our sides to reach an agreement consistent with that framework.”

That plan included a 60-game regular-season schedule that would have $1.48 billion in salaries plus a $25 million players’ postseason pool, people familiar with the framework told The Associated Press, speaking on condition of anonymity because details were not announced. MLB for the first time agreed to pay full pro-rated salaries with games in empty ballparks.

“He was clear that it wasn’t going to be easy and we were both clear that we needed approval from our respective constituencies,” Manfred said. “Tony in fact informed me last night on the phone that he could not sell the framework even to his subcommittee, and that it was going no further and it was not going up for a vote of the players or anything like that because the subcommittee had rejected it. He then encouraged me to offer improvements in the framework. I told him I was not going to do that, but if he could make whatever counter-proposal he wanted to make any topic.”

The union proposal would have $1.73 billion in salaries, plus a $50 million postseason pool, people familiar with that plan said.

“In my discussions with Rob in Arizona we explored a potential pro-rata framework, but I made clear repeatedly in that meeting and after it that there were a number of significant issues with what he proposed, in particular the number of games,” Clark said. “It is unequivocally false to suggest that any tentative agreement or other agreement was reached in that meeting.”

MLB’s plan would have players receive about 37% of salaries that originally totaled $4 billion, and the union’s proposal would have them get roughly 43%.

“I told him 70 games was simply impossible given the calendar and the public health situation, and he went ahead and made that proposal anyway,” Manfred said.

Both MLB and the union proposed starting the season on July 19, and players said it should end Sept. 30, three days later than management. Citing Dr. Anthony Fauci, director of the National Institute of Allergy and Infectious Diseases, MLB does not want to extend playing deeper into the autumn.

MLB also does not want to bunch more games into the same time period.

“We told them we’re not playing doubleheaders,” Manfred said. “Our public health guys tell us you should not put people together for that number of hours in the day. It’s not safe. But they just keep ignoring those things.”

Baseball’s postseason would expand from 10 teams to 16 this year, and the two wild-card games would transform into eight best-of-three series. That would create a minimum of 14 new playoff games whose broadcast rights could be sold, and MLB would have the option of 14 or 16 postseason teams in 2021.

Manfred said MLB would give the additional playoffs games to broadcast partners for free this year to make up for the shortened regular season and MLB would sell the games for 2021. Players proposed they split broadcast revenue 50-50 from the additional 2021 games. That was a change in stance for a union that has steadfastly resisted sharing revenue because of fears it would become a step toward a salary cap system.

Players also would allow MLB to move postseason games this year to neutral sites if needed because of the coronavirus.

Both sides would expand use of the designated hitter to games involving National League teams.

Players with so-called split contracts, who get paid at a lower salary rate when sent to the minor leagues, would not have to repay the advance they already received: $16,500, $30,000 or $60,000, depending on their contract, for a total of about $33 million.

MLB would contribute $10 million to social justice initiatives from funds not needed this year for the welfare plan used for health benefits.

Players would allow $50 million to be transferred to the commissioner’s discretionary fund from the international tax fund collected from teams that exceeded their signing bonus pools.

As part of a deal, both sides would waive claims against each other. MLB has the right to unilaterally set the schedule, but without a deal would have the risk of grievance hearings and possibly damages.

“We want to play. We want to reach an agreement,” Manfred said. “We’re committed to doing whatever is necessary to find a way to play, hopefully by agreement.”