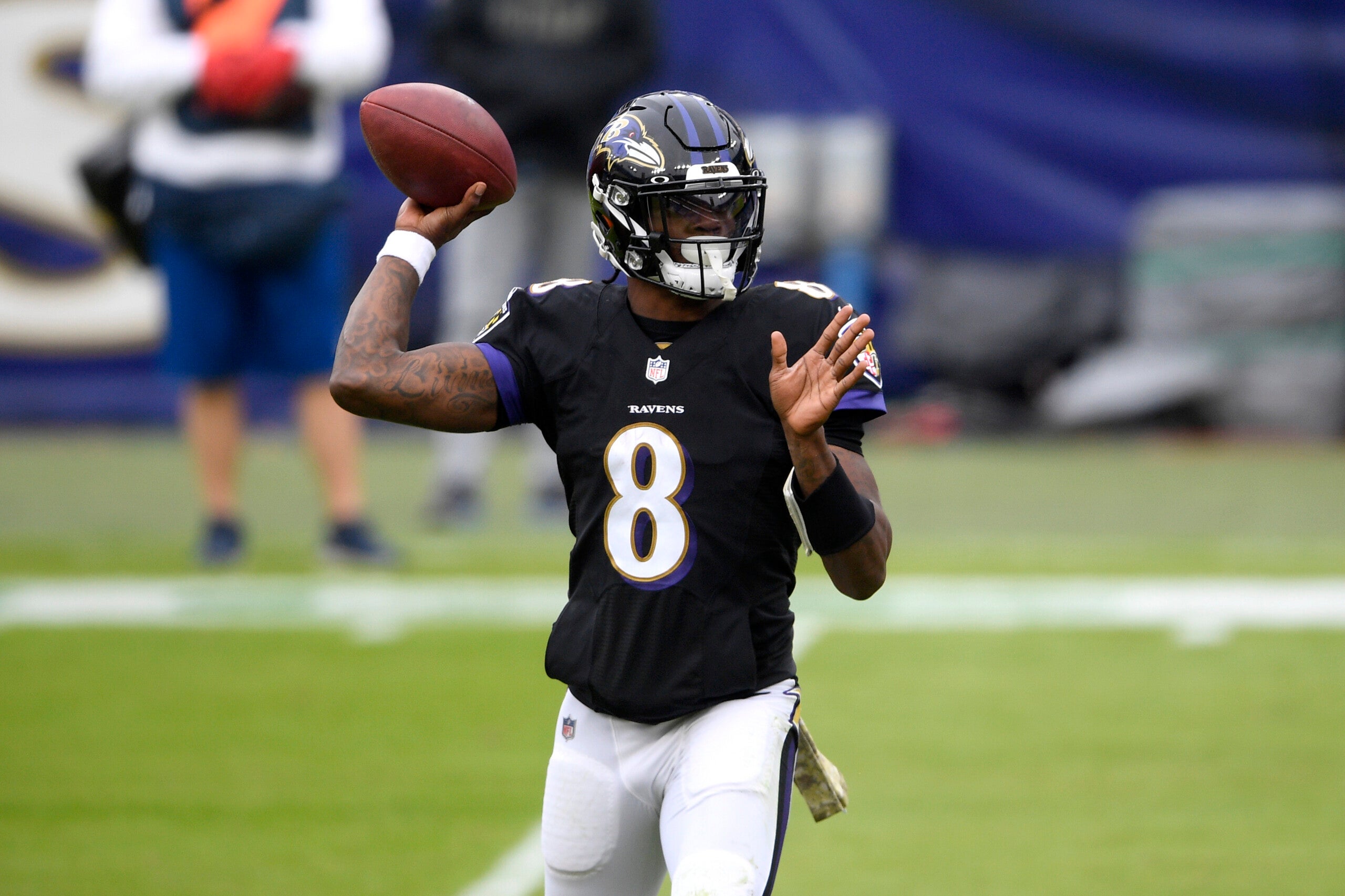 With reigning NFL MVP Lamar Jackson under quarantine as part of an outbreak of COVID-19 that has ravaged the Baltimore Ravens, the team has turned its focus from breaking out of a slump to simply getting healthy and back to practice.

The Ravens have more than a dozen players on the reserve/COVID-19 list, and their training facility is closed to prevent the spread of the virus . Jackson tested positive this week and will not play against the unbeaten Pittsburgh Steelers next Tuesday night, a game that was originally scheduled for Thanksgiving night and postponed to Sunday before the NFL moved the game again.

The makeup for the makeup will be held at 8 p.m. ET and telecast nationally by NBC.

With that game moving to Tuesday, Baltimore’s game against Dallas, scheduled for Thursday, Dec. 3, will instead be played at 5 o’clock on Monday, Dec. 7 and telecast by FOX/NFL Net/Amazon.

A year ago, the Ravens finished with the best regular-season record in the NFL behind the play of Jackson, who threw 36 touchdown passes and set a single-season record for yards rushing by a quarterback. Now Jackson is part of a massive breakdown by a team that couldn’t avoid COVID-19 in the midst of a season the NFL staged in the middle of a pandemic.

Baltimore’s problems started after an overtime loss to Tennessee on Sunday, the third defeat in four games for a team that has gone from a 5-1 start to scrambling to make the playoffs for a third straight year.

Ingram and Dobbins were placed on the reserve/COVID-19 list the following day, starting a chain reaction that has decimated the roster.

Robert Griffin III is slated to start at quarterback for the Ravens on Tuesday against the Steelers. He will be taking snaps from a third-string center and handing off to backup running backs Gus Edwards and Justice Hill.

“We just want to contain this outbreak! Speaking from experience … you don’t want to catch COVID!,” Campbell wrote on Twitter. “This virus is brutal! I pray no one else has to go thru this. This is bigger than football.”

The Ravens have disciplined one of their staffers for failure to follow protocol, reportedly a strength and conditioning coach.