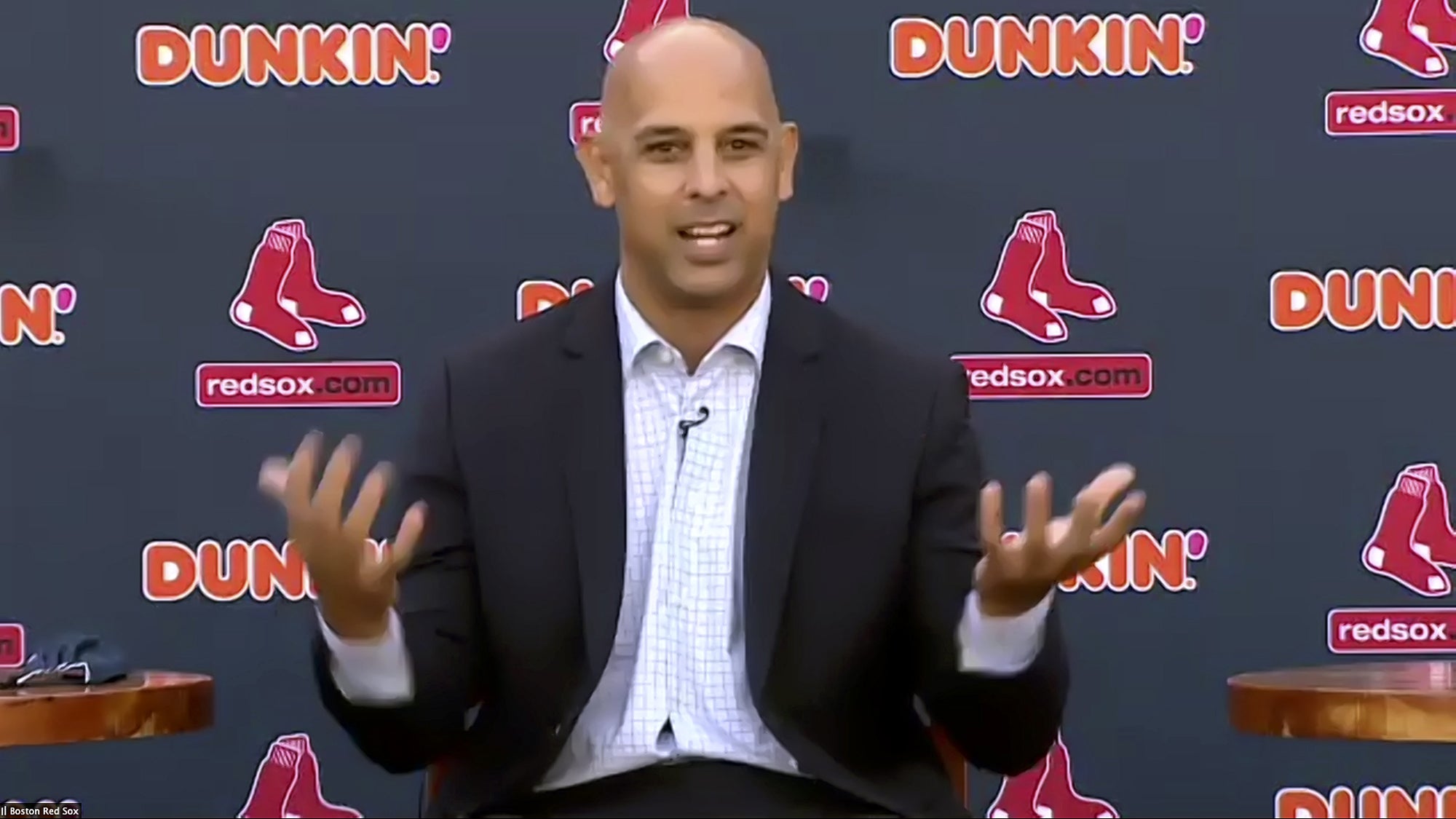 (CNN) — Alex Cora, back with the Boston Red Sox after a one-season suspension, apologized Tuesday for the role he played in cheating while a coach for the Houston Astros.

Before leading the Red Sox to the 2018 World Series title, Cora, 45, played a key role as bench coach of the eventual World Series champions 2017 Houston Astros in their illegal sign-stealing scheme, according to Major League Baseball.

At a news conference Tuesday, Cora said he wasn’t proud of himself.

Of his suspension, he said: “I was spending time at home for the wrong reasons. For that I want to apologize. I deserved what happened this year.”

An MLB investigation found that at the start of the 2017 season, employees in the Astros video replay review room started using the live game feed from the center field camera to decode and transmit opposing teams’ sign sequences to use when an Astros runner was on second base.

When the sign sequence was decoded, a player in the video replay room would act as a “runner” to pass along the information to the dugout, according to the findings.

A person in the dugout would notify players in the dugout or signal the sign sequence to a runner on second base. That runner would decipher the catcher’s sign and signal to the batter from second base, the investigation found.

In his role as the Astros’ bench coach, Cora began calling the replay review room on the replay phone to get the sign information, the report said.

In January, with Cora implicated in the Astros’ scandal, the Red Sox and their manager announced they were parting ways. On Friday, the team announced Cora would return on a two-year contract.

“I don’t want people to make it seem like it’s a great comeback story,” Cora said Tuesday. “I don’t want that. I’m actually going to use this bad experience to make people better.”

He said while he was serving his suspension he never thought the team would want him back. During that time, he had conversations with his daughter, his mother and his older brother Joey, a former major leaguer, about “how wrong I was.” He must be better, he told reporters.

“I still love what I do and I promise you from now on I’m going to use this experience the right way,” he said. “I’m not proud of it. I’m not happy about it but we have to move on.”

He said a team official contacted him a few days after the Los Angeles Dodgers won this season’s World Series. His suspension ended after the World Series.

The Red Sox had a terrible season this year, going 24-36 under manager Ron Roenicke, who was fired in September.

Cora, 45, is regarded as one of the best managers in baseball. The Puerto Rico native led the Red Sox to a World Series title in his first year as manager, winning a franchise-record 108 victories in the regular season. In his second season, he led the team to a 84-78 record.

A native of Puerto Rico, Cora played 14 seasons in the major leagues, including four with the Red Sox. An infielder, he was a member of Boston’s 2007 World Series-winning team.

Chaim Bloom, the chief baseball officer for the Red Sox, said Tuesday the team had an extensive list of candidates for the job but he knew he wanted to talk with Cora.

“It was really just a question of trying get as much information as I could to see Alex in full, the whole person, everything that he had done good and bad,” Bloom said.

Cora’s 2018 Red Sox team was investigated for a lesser, but related infraction, involving the illegal use of a video replay room during the regular season to decipher the signs of opposing catchers. In April of this year, MLB cleared Cora of any wrongdoing in that investigation.

MLB Commissioner Rob Manfred ruled that the scheme was led by a video replay system operator but “was far more limited in scope and impact” than the actions of the Astros.