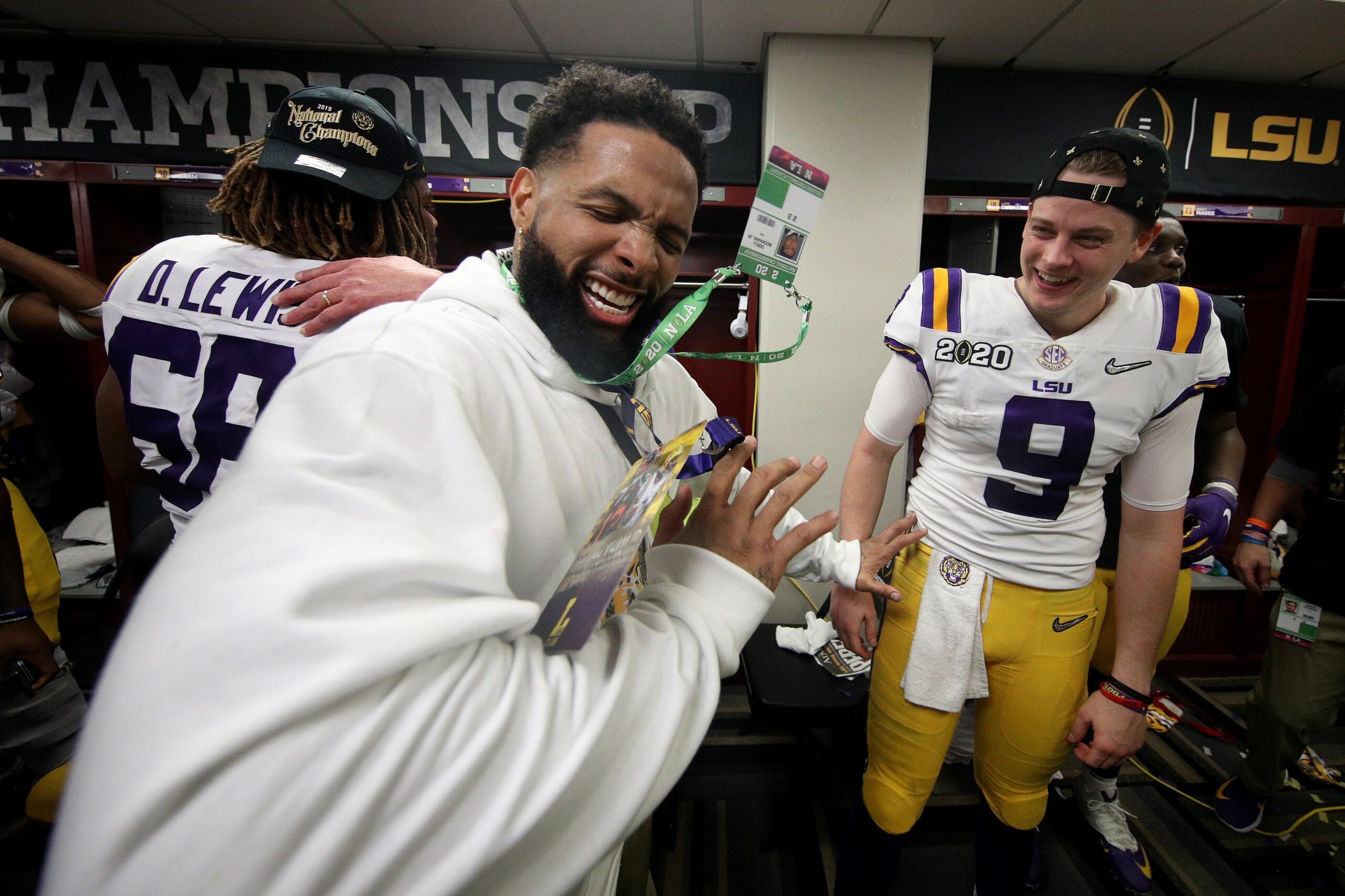 (CNN) — Louisiana State University is self-imposing penalties on its football program as the NCAA investigates the team for rules violations, according to a report in Sports Illustrated.

The NCAA is reviewing payments made to the father of a football player, according to the report. The report says the school will dock the football program eight scholarships over the next two years. LSU can offer up to 85 football scholarships per school year. In addition, Sports Illustrated says the university will reduce the number of recruitment visits to prospects.

Beckham was seen on video counting and then slapping cash into the hands of LSU players following LSU’s victory over Clemson in the College Football Playoff National Championship in January.

Former LSU quarterback Joe Burrow said in a “Pardon My Take” podcast from Barstool Sports that he, too, had received money from Beckham.

According to NCAA bylaws, players are not allowed to accept cash from boosters. LSU said at the time it was working with its student athletes, the NCAA, and the SEC to rectify the situation.

When CNN asked LSU about the Sports Illustrated report, a spokesperson did not deny the allegations in the report and sent a prepared statement that reads:

“LSU has worked proactively and in cooperation with the NCAA to identify and self-report any violations that occurred within our football program. We believe these self-imposed penalties are appropriate and we will continue to coordinate and cooperate with the NCAA on this matter.”

CNN has reached out to the NCAA but has not heard back. CNN’s request for comment from Beckham, through his agent and the Browns, was not immediately answered.