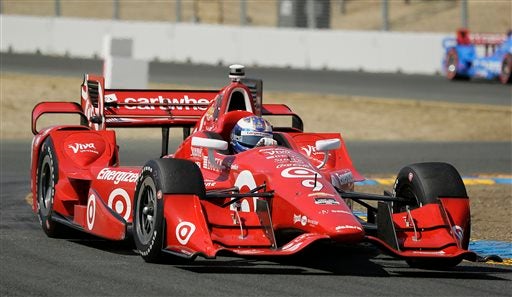 Montoya led the points from the season-opening race right until the final lap Sunday. But he finished the race in sixth, which allowed Dixon to tie him in the standings.

Dixon was awarded the title based on wins; Sonoma Raceway was his third victory, while Montoya had only two.

Montoya’s day was made difficult on lap 39 when he hit Team Penske teammate Will Power. It sent him to pit lane for repairs and he was mired in the middle of the pack for the bulk of the race.

Although he picked off a few positions, his hard charge to move up to fifth fell one position short.