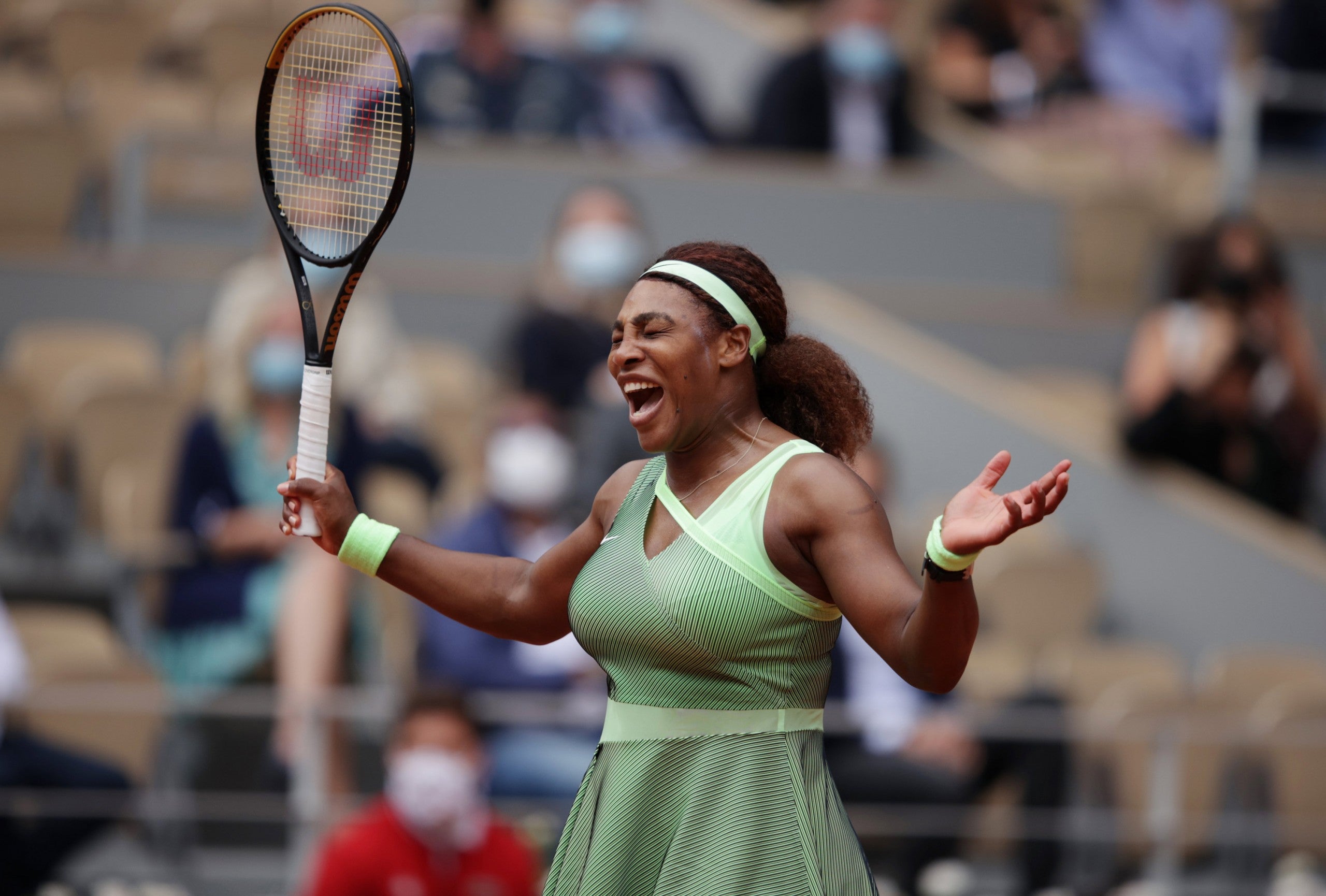 (CNN) — Serena Williams put in an impressive display on Friday to qualify for the French Open fourth-round with a chance at entering the history books on the horizon.

The 39-year-old defeated fellow American Danielle Collins 6-4 6-4 on Court Philippe Chatrier, as the women’s draw opened up with some high-seed, early-round knockouts already.

After No. 3 seed Aryna Sabalenka was upset early Friday by Anastasia Pavlyuchenkova, Williams became one of just four Top 10 seeds left in the women’s draw.

She is aiming to equal Margaret Court’s record of 24 grand slams, but has not made it past the fourth-round at Roland Garros since 2016.

Williams, a three-time French Open champion, was tested throughout the whole encounter by her compatriot.

In a big-hitting, guns blazing first set, Collins was forced to defend break points and even a set point until eventually, Williams was able to seal the opening set with an ace.

But, showing remarkable resolve in the face of adversity, the 27-year-old rattled off four consecutive games to race into a 4-1 lead.

Falling into that deficit seemed to wake up Williams, as she won five straight games to qualify for the fourth-round in Paris for the 13th time.

Williams will now face Kazakhstan’s Elena Rybakina, the No. 21 seed, for a place in the quarterfinals.

In addition to the withdrawals of Naomi Osaka and Ashleigh Barty, there have been some high-profile causalities that have opened up the draw for others.

For Williams, who has won 23 grand slams, a chance at equaling Court’s record might never be more presentable, but she is looking to win her first grand slam title since 2017.