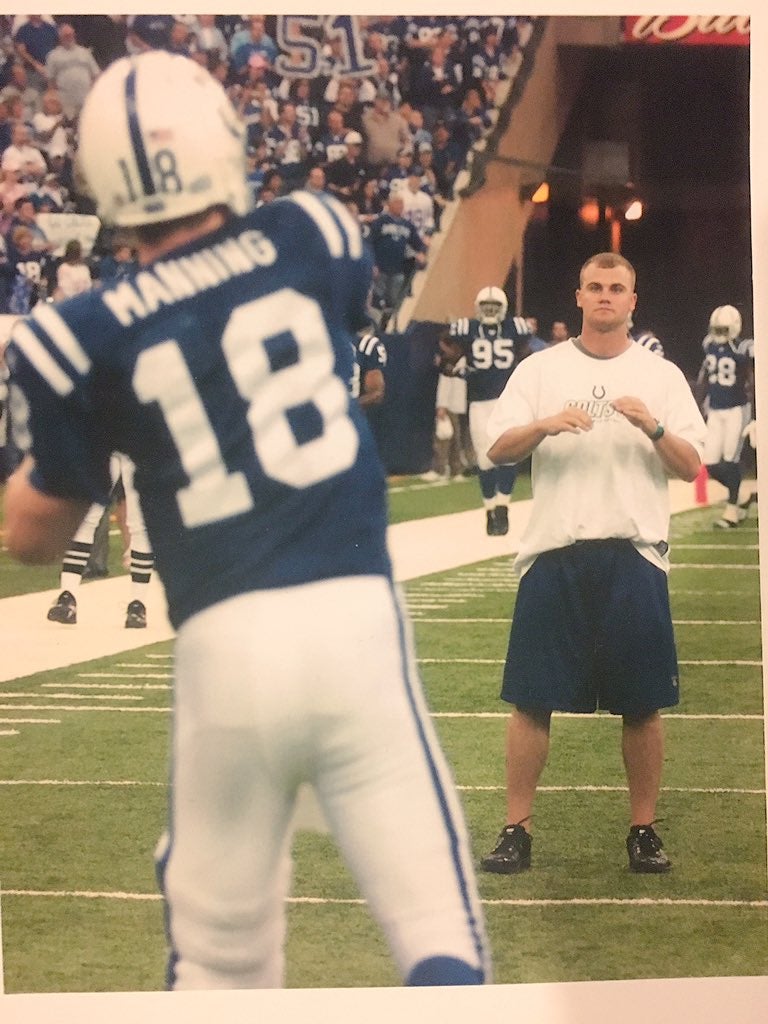 Believe it or not, the man behind the curtain in charge of moving Colts Camp to Westfield is just like you.

“Some of my finest memories are actually going to Colts games with my grandpa,” said Colts Director of Operations Jeff Brown. “I still remember it and I talk to people in the organization a lot about walking through the RCA Dome and seeing the blue turf and watching the guys warm up.”

Brown, a Speedway native, starts his day at 5 a.m. and ends it just a few hours before it’s time wake up do it all over again.

“There is nothing that comes across my desk that he doesn’t have an answer for how to fix it,” Colts General Manager Chris Ballard said. “That is what makes him really special. He had a vision whenever he came to us and he said ‘look this could be a great home not only for the Colts but for our fans.’ And I give him a lot of credit.”

You can imagine the work it takes to move an NFL training camp. Brown admits it took a little luck and plenty of hustle — hustle for Brown that began with the Colts in high school doing a much less high profile job.

“My friend asked me ‘Do you want to be a ballboy for the Colts?’ I don’t know how you would answer that question any other way but yes.”

Brown took the gig and the dirty work began.

“The first thing I did was scrub footballs. Peyton (Manning) would try to hit certain points on your body. You would try to not move and make the catch but you don’t want to drop it and let him down. 20 seasons later though, it has become something really cool.”

Brown’s been so busy at camp, he hasn’t had the time to think about what his late grandfather would say about his masterpiece at Grand Park.

Suddenly, the guy who has a plan for everything. Was left speechless.

At taking a moment, Brown found the right words.

Old memories in a new home. The dirty work is always worth it.