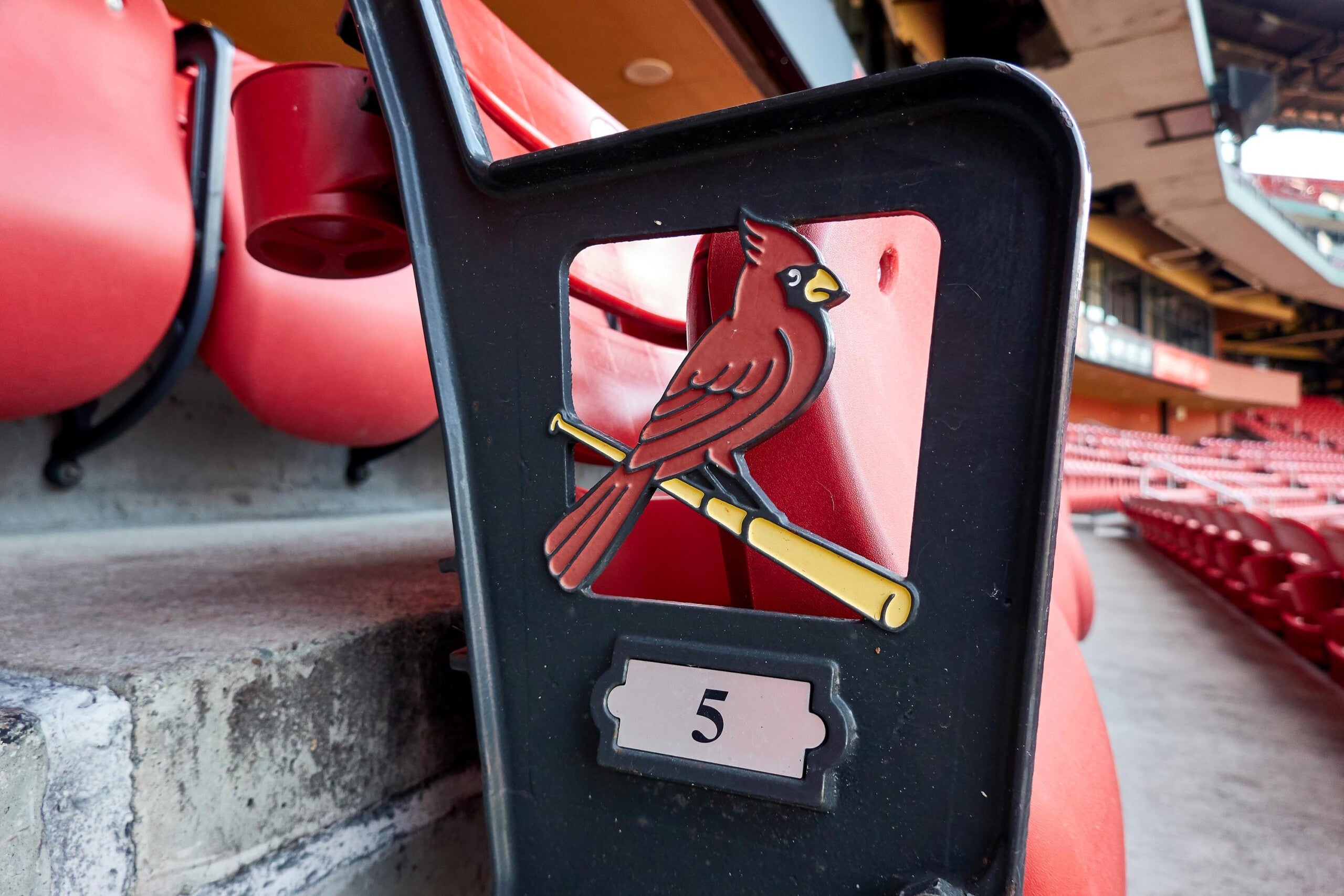 A detailed view of a St. Louis Cardinal logo is seen on the side of a seat prior to game action during an international friendly match between the United States woman's national team and the New Zealand women's national team on May 16, 2019, at Busch Stadium in St. Louis. (Robin Alam/Icon Sportswire via Getty Images)
by: Steve Almasy, CNN
Posted: Aug 7, 2020 / 10:09 PM EST / Updated: Aug 7, 2020 / 10:09 PM EST

(CNN) — A three-game series between the St. Louis Cardinals and Chicago Cubs has been postponed after two players and a staff member from the Cardinals tested positive for the novel coronavirus during the past two days.

Major League Baseball had announced the postponement of Friday’s contest to allow for additional testing and to complete the “contact tracing process” after one player tested positive.

In a second statement, MLB said the other two games of the series at St. Louis were postponed “out of an abundance of caution.” MLB said two players and a staffer had samples that yielded positive results for the virus.

The Cardinals were cleared by MLB to travel home from Milwaukee earlier this week following a team outbreak that saw seven players and six staff members test positive for the virus.

The team has not played since July 29. Series against the Milwaukee Brewers and Detroit Tigers were postponed.

It appears the Cardinals may have been the only one of 30 teams that had positive tests during the seven-day period that ended Thursday,

Earlier Friday MLB announced it has received 13 positive tests in that time. Seven of the positive results came from players, and six came from team staffers, it said.

So far, MLB has done more than 57,000 tests, of which 141 resulted in new positives. All but two organizations have had a person test positive since testing began.

Several other teams have had games postponed. The Miami Marlins went a week without games after more than 20 people on the team tested positive in July. They have called up 11 players in the past week from their training center and they have signed several free agents.