Struggling Panthers preparing QB Will Grier to play vs Colts 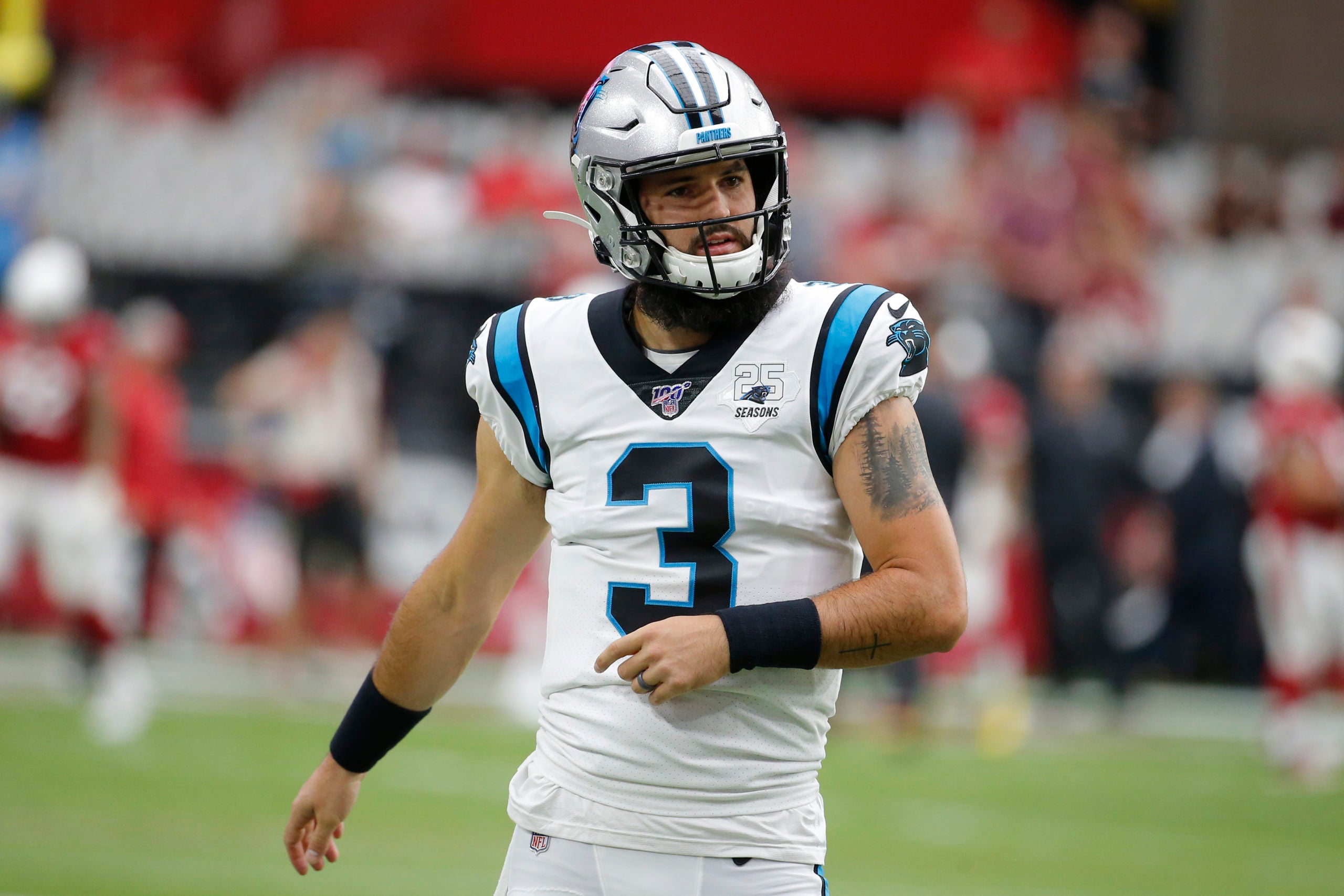 The Carolina Panthers are preparing to play rookie quarterback Will Grier against the Indianapolis Colts.

Interim coach Perry Fewell said Wednesday that Grier is taking reps with the first team at practice this week, but stopped short of naming him the starting quarterback.

But it’s clear the Panthers want to see their third round draft pick in action. Grier has not played since the preseason.

Kyle Allen has started the last 12 games for the Panthers. He has thrown 11 interceptions during the team’s current six-game winning streak.