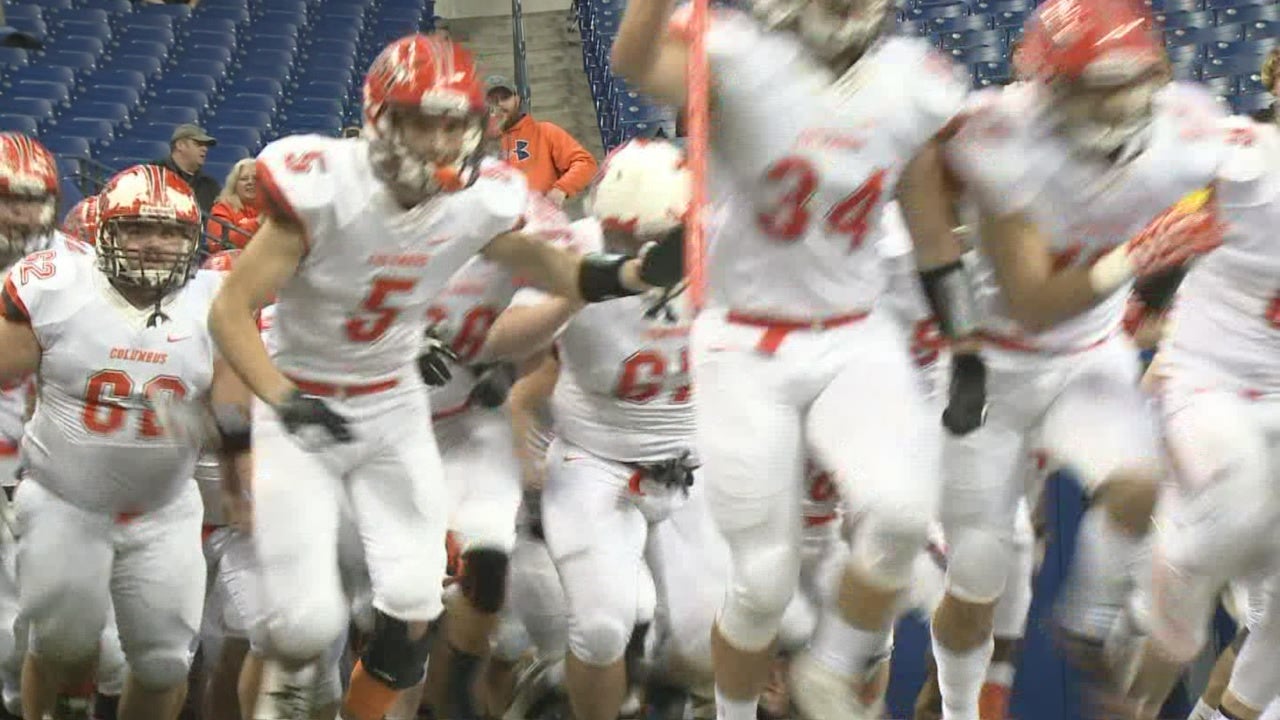 The best teams in Indiana will be fighting for a state title on Friday and Saturday.

All the action will begin with the Class A Final between Pioneer and Eastern Greene. The Panthers head to Indy with a perfect 14-0 record on the season and looking for their first state title since 1997. The Thunderbirds are coming off a hard fought win against Lutheran in the semi-state. Eastern Greene will be going for it’s first ever state title.

The Class 3A game also will be Friday. Brebeuf is back in the state finals for the first time since 2013. The Braves will match up against Evansville Memorial. The Braves head to Lucas Oil Stadium after a shout-out win against Mishawaka Marion in the semistate. As for the Tigers of Memorial out of Evansville, they will be going for their first-ever football state championship.

Wrapping up Friday night will be the Class 5A game, Kokomo vs. Columbus East. The Wildkats come in trying to win their first state football title. Kokomo hopes to keep its momentum going after its impressive 21-14 win over Michigan City. The Olympians are back in the state finals for the second year in a row. Columbus East dominated the Irish of Cathedral in semistate to earn a trip to Lucas Oil.

Saturday will start with Woodlan vs. Southridge. The Warriors hung on to beat Eastbrook 15-14 to advance to Indianapolis. Woodlan will be going for its first state football championship. As for the Raiders, they beat Scecina 24-7 to advance to state. A win on Saturday would also give them their first ever state title.

In the Class 4A game, Lowell will face East Central. The Red Devils took down a tough Bishop Dwenger team in the semistate to advance to state for the first time since 2009. The Trojans of East Central knocked off Greenwood to get an opportunity to play in the state finals. East Central played for a state title back in 2015.

Finally, in the Class 6A game on Saturday, it’s powerhouse Ben Davis against Penn. The Giants will bring a perfect 13-0 record to Lucas Oil as they go for an incredible 15th state title. As for the Kingsmen, they dominated the defending state champs Carmel last week to advance to state. The last time Penn won a state title was 17 years ago.

Tickets are $15 per day. All seats are general admission. Age 5 and younger are admitted at no charge. Single-day tickets may also be purchased at the Lucas Oil Stadium Ticket Office on the southeast side of the venue at street level near Capitol Avenue.