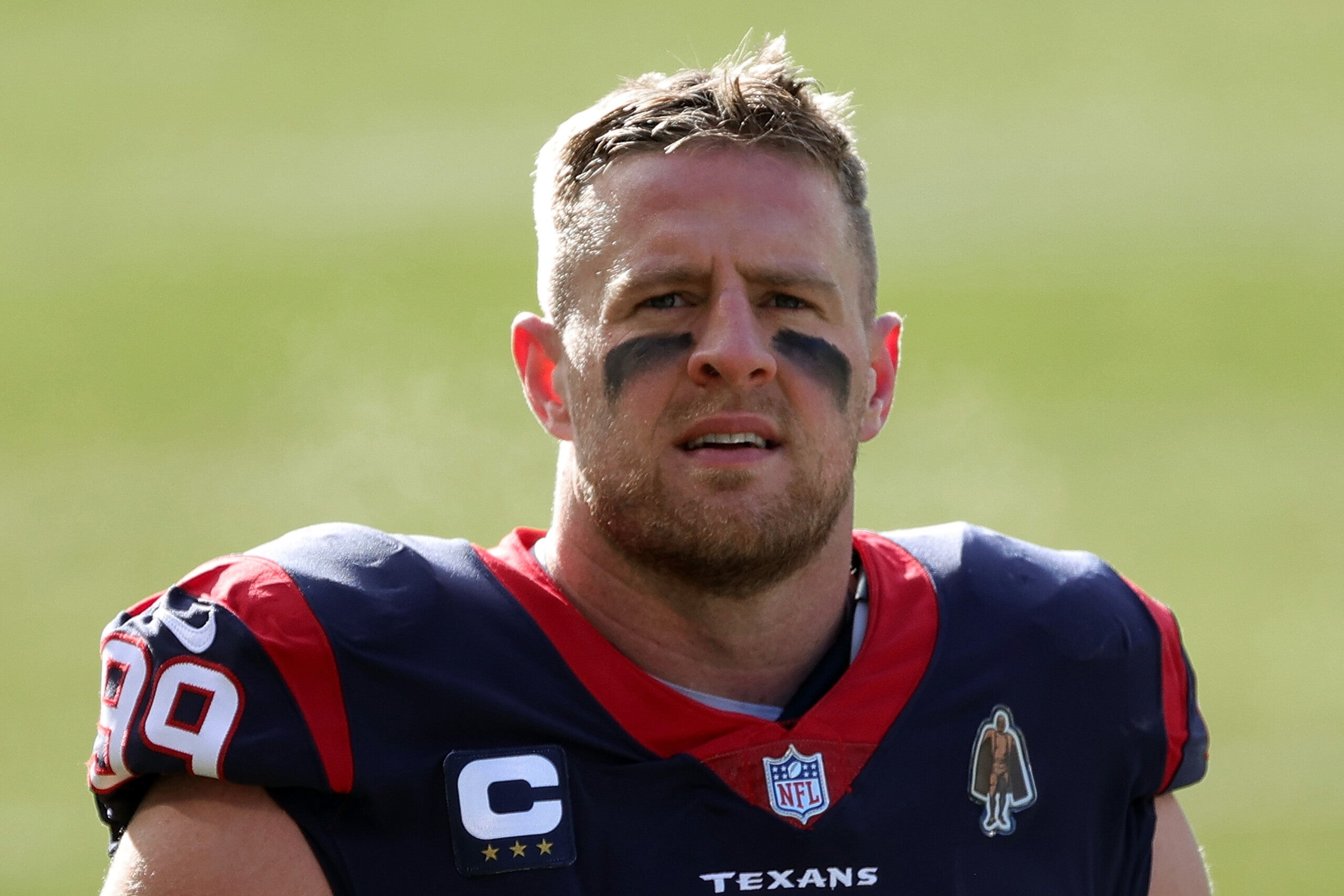 HOUSTON (AP) — J.J. Watt and the Houston Texans split Friday, ending the tenure of the face of the franchise and adding further turmoil to an offseason of upheaval.

“I have sat down with the McNair family and I have asked them for my release and we have mutually agreed to part ways at this time,” Watt said in a video on social media Friday.

The three-time Defensive Player of the Year and 2017 Walter Payton NFL Man of the Year has spent his entire career with the Texans after being selected with the 11th overall pick in the 2011 draft.

The defensive end had one year remaining on a 6-year, $100 million contract.

“The connection I have with the people of Houston is special, and I will never take that for granted because I know how rare it is,” Watt said in the video. “I just want you to know that I love you and I appreciate you. I want to thank the McNair family for drafting me and giving me my first opportunity in the NFL. Thank you, Houston.”

Along with his contributions on the field, Watt was lauded for his humanitarian efforts after raising more than $40 million for Hurricane Harvey relief in 2017.

“Simply put, there has been no person in the past decade who has made a greater impact on the Texans organization than J.J. Watt,” team co-founder and senior chair Janice McNair said. “J.J.’s dominance on the field was unprecedented and resulted in countless moments that will go down in Texans history.”

Watt’s departure comes in an offseason in which the Texans have hired coach David Culley and general manager Nick Caserio to replace Bill O’Brien, who held both jobs and was fired after the team opened the season 0-4. They’re also facing uncertainty at quarterback after star Deshaun Watson requested a trade.

“Change is never easy, especially when it involves the ones you love,” team owner Cal McNair said. “J.J.’s impact on not only our organization, but the entire Houston community, is unlike any player in our franchise’s history. I told J.J. earlier this week that we will forever consider him a Texan. We take solace in knowing that this is not a goodbye but a ‘see you soon.’”

Since his NFL debut in 2011, he leads the league in tackles for losses (172), quarterback hits (281), multi-sack games (26) and sack yards (713.5) and ranks second with a franchise-record 101 sacks. He also developed such a knack for using his huge hands to swat down passes at the line that he earned the nickname “J.J. Swatt.”

He is the only player in NFL history to have 20 or more sacks and 10 or more passes defended in a single season after doing it in both 2012 and 2014. He’s tied for fifth among defensive lineman in league history with six touchdowns in the regular season, including three TD catches.

The four-time Pro Bowler never missed a game until 2016, when he started struggling with a back injury that ended his season. He broke his leg in the fifth game of the 2017 and some wondered if he’d be able to return to form after two serious injuries in two years. Watt answered that question when he rebounded from his injuries to finish with 16 sacks in 2018 and earn All-Pro honors for the fifth time.

Watt, who will turn 32 next month, played just eight regular-season games in 2019 after tearing a pectoral muscle, but returned to help the Texans in the playoffs. He played every game in 2020 and had five sacks, 52 tackles and returned an interception for a touchdown. But he struggled in dealing with the losses and said the season was the most difficult of his career as the Texans sank to 4-12 after winning the AFC South the previous two years.

(WISH) — The Houston Texans have agreed to release defensive end J.J. Watt after 10 seasons, according to a video posted by Watt on Twitter.

“I have sat down with the McNair family and I have asked them for my release and we have mutually agreed to part ways at this time,” Watt said in the video.

Watt expressed gratitude to the Texans community for their treatment and respect during the last decade.

“You guys have given me everything and more and I can only hope that you feel like I’ve given you everything I have,” he said. “…The connection is special and I will never ever take that for granted because I know how rare it is.”

This is a developing story. Check back for details.