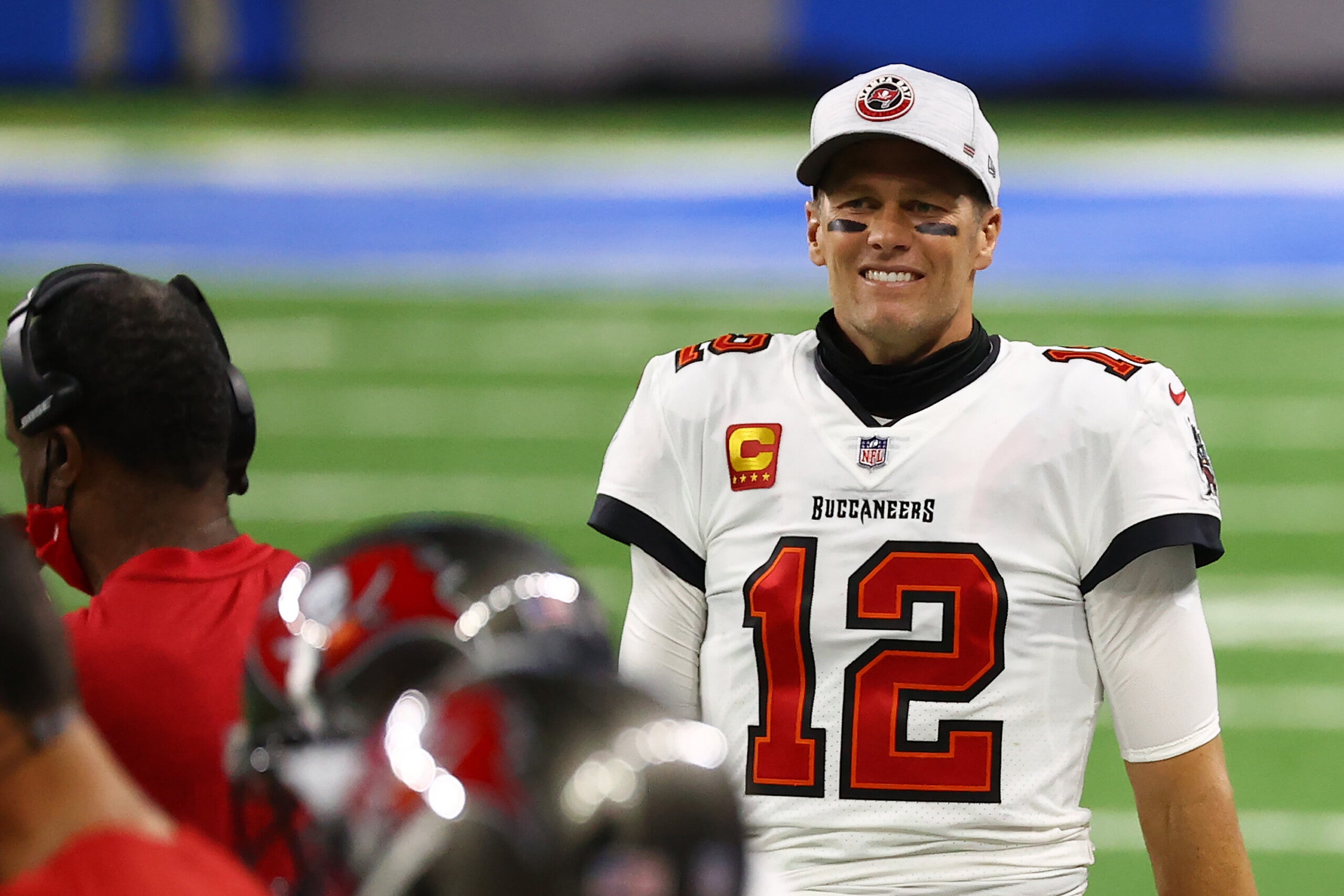 (CNN) — Tom Brady marked his 300th regular season game with a stellar performance to lift the Tampa Bay Buccaneers into the NFL playoffs for the first time since 2007 with a 47-7 rout of the Detroit Lions.

The 43-year-old quarterback threw for 348 yards and four touchdowns in the first half Saturday as the Bucs improved to 10-5 to seal one of the three NFC wildcard spots.

Brady, who joined the Bucs this year after 20 seasons and six Super Bowl crowns with the New England Patriots, could afford to sit out the second half with his team enjoying a 34-0 advantage.

“We played pretty good in the first half,” Brady said. “Good execution. Guys were making plays for me all over the field. It was just a great effort by the whole team.”

Brady set a record for the most passing touchdowns (34) in a season in Bucs history during his first-half heroics, beating the mark previously held by Jameis Winston.

He connected with former New England teammate Rob Gronkowski, Mike Evans, Antonio Brown and Chris Godwin for the touchdowns as he completed 22 of 27 throws with records tumbling all the way.

It was his first-half career best and club record in passing yardage and the Buccaneers also set a team record with a total of 410 first-half yards, the most by any NFL club in a decade.

Brady’s back-up Blaine Gabbert completed touchdown passes to Gronkowski and Evans in the second half in a performance by the Bucs that raises expectations for the playoffs.

Evans, who has been with the Bucs since the 2014 draft, is also optimistic with Brady on the team. “We’re happy we finally accomplished it, but that’s just where it starts.”

Their passage to the playoffs comes less than a week after Brady’s former team, the Patriots, failed to make the post season for the first time in 11 years in his absence.

The Bucs became the seventh NFL team to clinch a playoff berth, joining Green Bay, New Orleans and Seattle in the NFC plus Kansas City, Pittsburgh and Buffalo in the AFC.