Tom Brady: NFL is ‘softer than it used to be’ 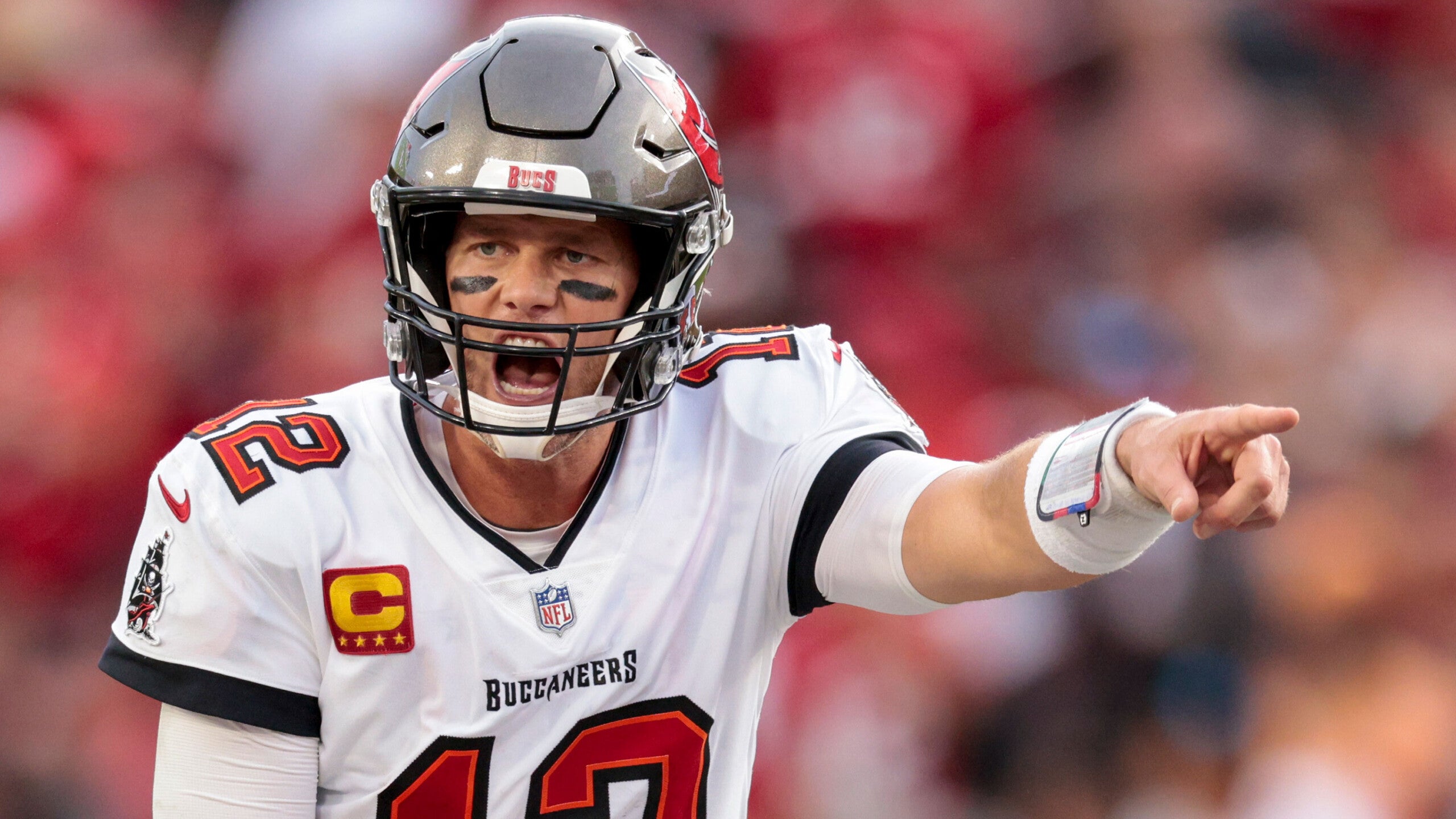 (CNN) — If you’re a 44-year-old NFL quarterback you’d surely welcome a little less roughness when you’re playing as you look to protect mind and body.

But not Tom Brady — the Tampa Bay Buccaneers signal caller saying this week that he believed the league to have gotten “softer” in recent years.

“The one thing that’s probably changed over the years in terms of why it’s probably gone a little more this way is, and I’ve alluded to this in the past, I think they’re calling more penalties on defensive players for hitting … for violent contact,” said Brady, speaking on the SiriusXM NFL Radio ‘Let’s Go!’ show.

“I think the defensive players are more on the defensive when they go in to tackle. And I think that’s probably adding to this element of quarterbacks outside the pocket and taking more chances, you know, than they did in the past.

“I’d say the game is a little softer than it used to be,” added the seven-time Super Bowl winner, who is two games into his 22nd season in the NFL and recently admitted he could see himself playing until 50.

Brady threw for 276 yards and five touchdowns as the Buccaneers continued their perfect start to the season with a 48-25 victory over the Atlanta Falcons on Sunday, and the 44-year-old saw evidence within the game to reinforce his point.

“We got called on a play yesterday where Ryan Jensen’s going basically to protect our runner, and they throw an unnecessary roughness on an offensive lineman that I don’t think would have been called, you know, five years ago,” Brady said.

“There’s a lot of plays and hits that are happening on quarterbacks now, that are flags for defensive players, that probably weren’t that way 10 or 15 years ago.”

Back then Brady was working his way towards greatness at the New England Patriots, the team he clocked in 20 years and six Super Bowl rings with before setting off for Florida.

Next month — October 3 — Brady returns to Boston to face his former team and coach, Bill Belichick, who cited the 44-year-old quarterback as “a special person and the greatest quarterback of all-time” upon his departure.

Speaking ahead of the week four fixture on Tom Curran’s Patriots Talk podcast, Brady’s father, Tom Brady Sr., discussed his son’s exit from the team he spent two decades with.

“My feeling is Tommy is extremely appreciative of everything that happened during his New England career and he’s more than happy that he’s moved on because it was pretty obvious that the Patriot regime felt that it was time”, Brady Sr. said.

“Frankly it may well have been perfect for Belichick to move on from him. On the other hand I think the Tampa Bay Bucc’s are pretty happy that the decision was made in Foxborough that they didn’t want to afford him or didn’t want keep him when his last contract came up.”

Brady Sr. was asked if he felt any vindication for his son after leading the Buccaneers to Super Bowl glory over the Kansas City Chiefs last season.

Curran followed up asking, “Does Brady feel the same way?”