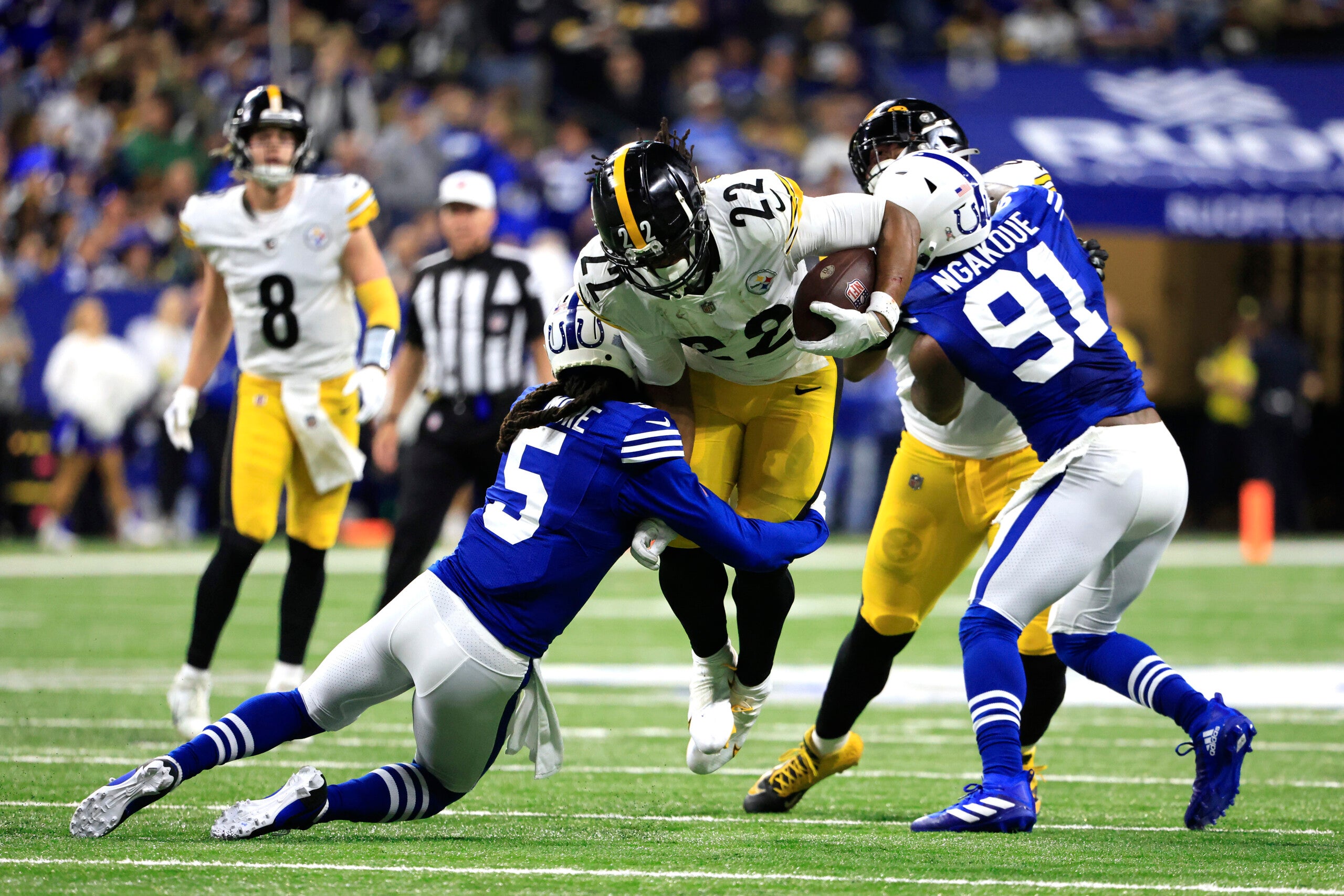 Snell had 12 carries for a season-high 62 yards after replacing the injured Najee Harris in the third quarter. Harris was ruled out at halftime with an abdominal injury.

Pittsburgh (4-7) won its eighth straight in the series and matched San Francisco for the most Monday night victories in league history (52). The 49ers had edged in front with last week’s victory over Arizona in Mexico City.

Matt Ryan drove the Colts (4-7-1) into position to score, but Indy let a minute run off the clock in a span of three plays in Steelers territory, finally using its first timeout on fourth down with 30 seconds remaining. Ryan then threw incomplete to Parris Campbell on fourth-and-3 from the Steelers 26 and Indy fell to 1-2 under interim coach Jeff Saturday.

It was the Colts’ first home Monday night game since September 2015 and the first half was a dud.

Pittsburgh drove into Indy territory on all five possessions and produced three field goals and Harris’ 6-yard TD run to take a 16-3 lead.

The Colts got a spark when rookie Dallis Flowers returned the opening kickoff of the second half 90 yards. Four plays later, Jonathan Taylor scored on a 2-yard run to cut the deficit to 16-10.

The Colts drove to the Steelers 1-yard line on their next possession, but Ryan and Taylor botched a handoff and Pittsburgh recovered. Indy then forced a three-and-out and Ryan threw a 6-yard TD pass to Michael Pittman to give Indy a 17-16 lead late in the third quarter.

It didn’t last long. Pittsburgh answered with Snell’s scoring run and a 2-point conversion pass from Kenny Pickett to George Pickens made it 24-17.

Pickett was 20 of 28 with 174 yards and no turnovers for Pittsburgh. Ryan threw for 199 yards with a touchdown and an interception.

Colts: At Dallas on Sunday night.