‘We’re not finished yet,’ says USMNT’s Walker Zimmerman ahead of knockout stages 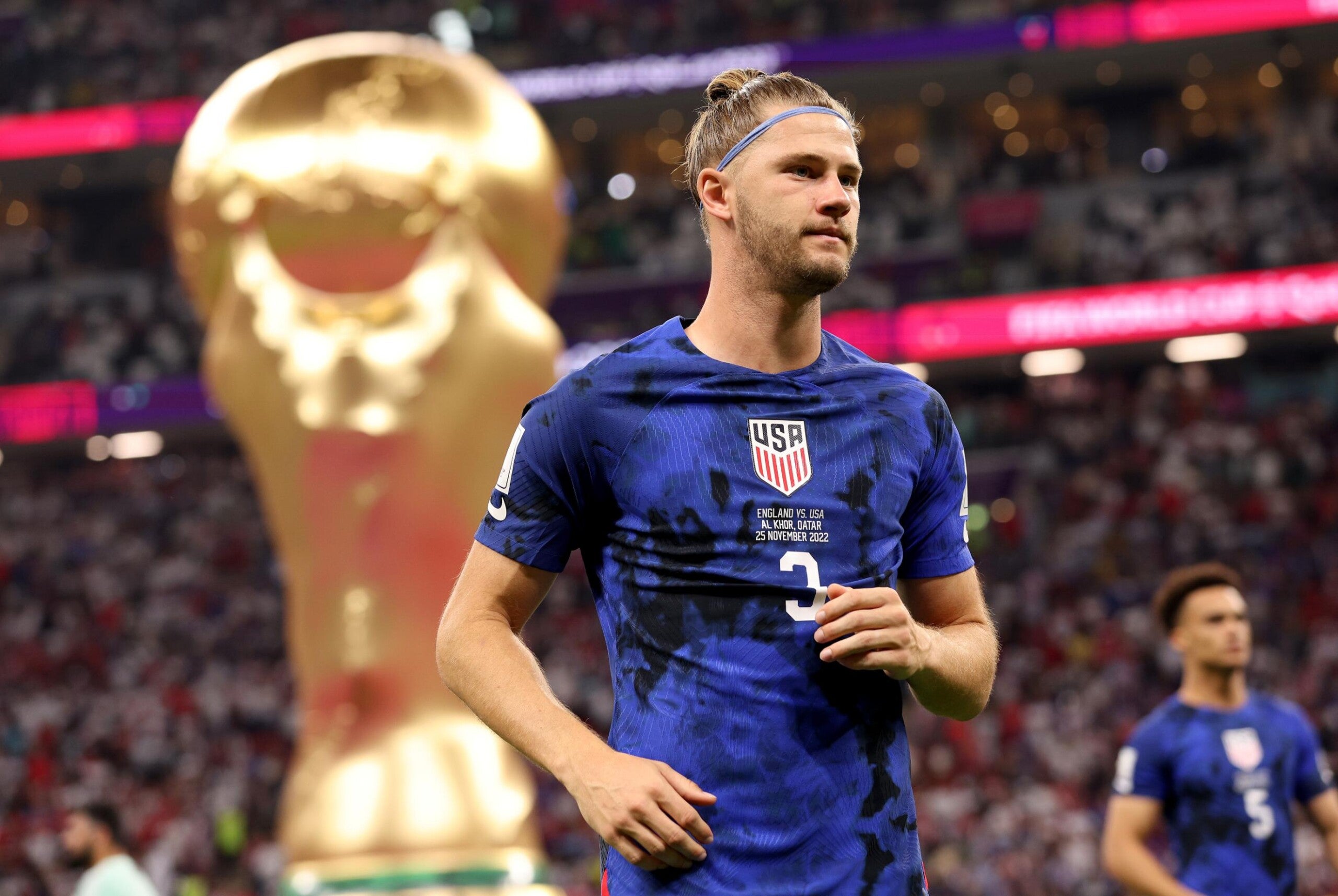 (CNN) — After a 1-0 victory against Iran earned the US Men’s National Team (USMNT) a place in the World Cup knockout stages, the players insist their campaign is far from done.

Having failed to qualify for the last World Cup, the tournament in Qatar is the first time since 2014 that the USMNT has reached the last 16, which comes courtesy of hard-fought draws against Wales and England before Tuesday’s win against Iran.

The team is now setting its sights on loftier ambitions.

“We’re not finished yet,” defender Walker Zimmerman told CNN’s This Morning on Wednesday. “I think the narrative continues, we’re still going to try and do that and accomplish our goal of winning the World Cup.

“I think if we’re able to do that, we’re going to inspire a lot of young players, a lot of young Americans to pick up the sport and, hopefully, make them proud.”

The USMNT’s best performance at a World Cup in recent memory was reaching the quarterfinals in 2002 before losing to Germany.

Gregg Berhalter’s side goes into Saturday’s knockout game against the Netherlands as the underdog, eight places lower than its opponent in FIFA’s world rankings.

But that’s unlikely to shake the team’s confidence.

“It’s nice to get to the next round, but we want to keep going,” Berhalter told This Morning.

“We had two tournaments that we’re looking at: the group stage tournament and the knockout tournament. And now, we’re here in the knockouts, we just want to keep this thing rolling.”

Against Iran, star forward Christian Pulisic scored the only goal of the game before leaving the field with an abdominal injury.

Berhalter said Pulisic will “hopefully” be fit to play against the Netherlands and praised the Chelsea player’s talent and work ethic.

Speaking on ABC’s Good Morning America, USMNT captain Tyler Adams said Pulisic had “put it all on the line.”

“He’s doing alright, he’s in great spirits,” Adams added. “Feeling a lot better now, but what a big player for us, showing up in the biggest moments. We rely on him a lot for the big moments.”

Much of the buildup to Tuesday’s game between the US and Iran focused on the political tensions between the two nations.

Iran state media called for the US to be kicked out of the tournament after US Soccer changed Iran’s flag on its social media accounts to show support for the protestors in Iran.

The governing body told CNN that it wanted to change the official flag for 24 hours to show “support for the women in Iran fighting for basic human rights” but always planned to go back to the original flag.

Iran appeared at the World Cup under the shadow of domestic turmoil following widespread protests sparked by the death of Mahsa Amini, a 22-year-old woman who died after being detained by Iran’s morality police, allegedly for not abiding by the country’s conservative dress code. Iranian security forces have since unleashed a violent response to the protests.

There are concerns about the safety of the Iranian players returning home after the team initially refused to sing Iran’s national anthem before its first game in an apparent show of solidarity with demonstrators. The team’s families were also threatened with imprisonment and torture in advance of the match, a source involved in the security of the games said.

At the end Tuesday’s game, players from the two teams embraced in an apparent show of solidarity.

US defender Antonee Robinson was seen embracing a visibly distraught Ramin Rezaeian, who cried as he was embraced by the Fulham player, and comforting Abolfazl Jalali, who knelt on the pitch after the match ended.

Meanwhile, Josh Sargent, DeAndre Yedlin and Timothy Weah crouched to comfort Saeid Ezatolahi, who had buried his head in his hands as he sat on the turf and processed his team’s loss.

“We know first and foremost as competitors what it’s like to lose,” said Zimmerman. “We also know the stakes of a World Cup, and then on top of that everything that they’re dealing with emotionally.

“We just congratulated them on their effort and empathized with them and let them know that we’re proud of the way that they competed on the field in the game last night.”