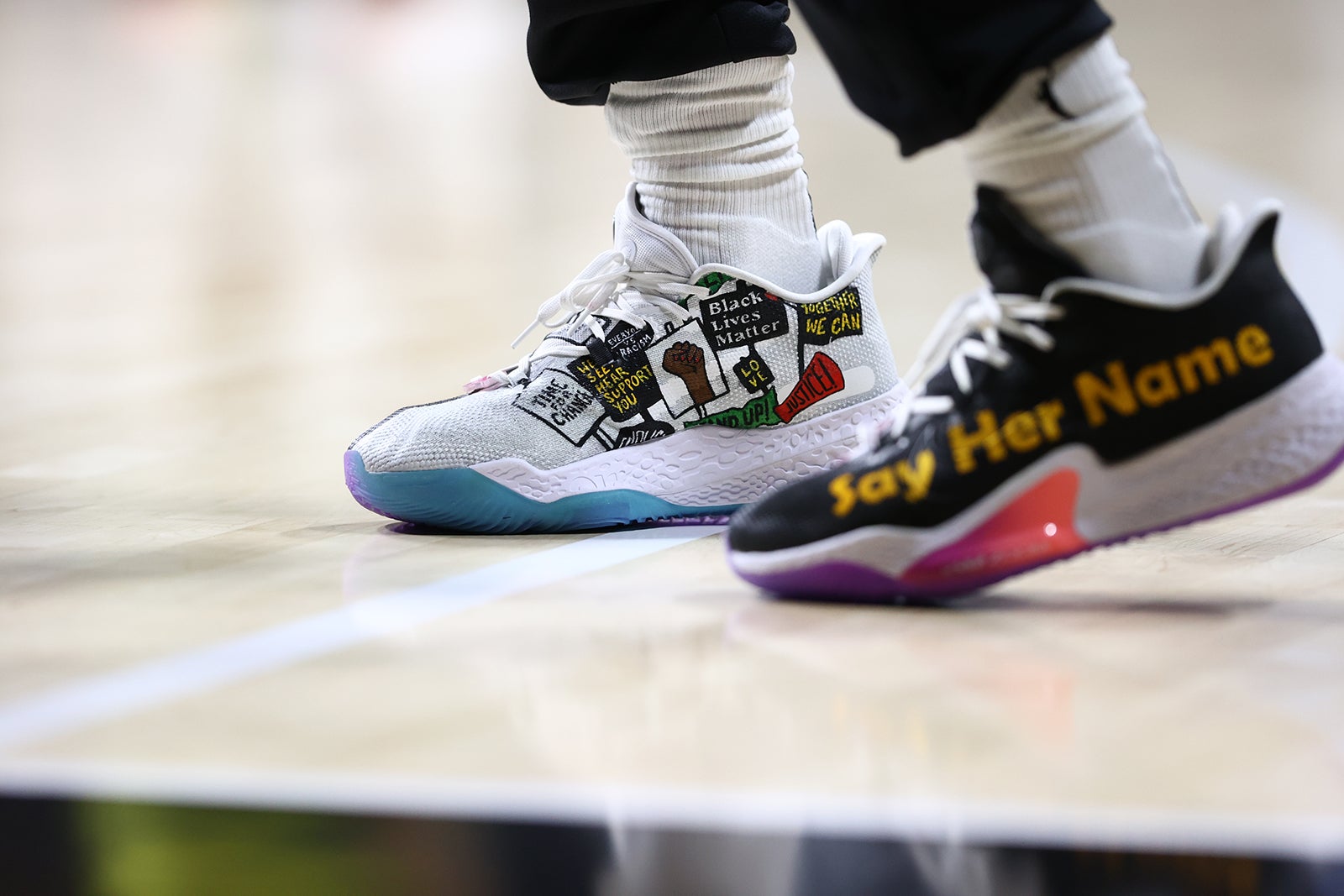 PALMETTO, FL - JULY 25: The sneakers of Breanna Stewart #30 of Seattle Storm during the game against the New York Liberty on July 25, 2020 at Feld Entertainment Center in Palmetto, Florida. NOTE TO USER: User expressly acknowledges and agrees that, by downloading and/or using this Photograph, user is consenting to the terms and conditions of the Getty Images License Agreement. Mandatory Copyright Notice: Copyright 2020 NBAE (Photo by Ned Dishman/NBAE via Getty Images)
by: Leah Asmelash, CNN
Posted: Jul 25, 2020 / 07:47 PM EST / Updated: Jul 25, 2020 / 07:47 PM EST

(CNN) — Before the start of its 2020 campaign on Saturday, the WNBA dedicated the season to Breonna Taylor and the Say Her Name movement, which raises awareness for Black female victims of police violence.

The New York Liberty and the Seattle Storm held a 26-second long moment of silence in honor of Taylor, who was 26 years old when she was killed.

Before the moment of silence, Layshia Clarendon of the Liberty spoke about the league’s dedication this season.

“We are dedicating this season to Breonna Taylor, an outstanding EMT who was murdered over 130 days ago in her home,” Clarendon said.

“We are also dedicating this season to Say Her Name Campaign, a campaign committed to saying the names and fighting for justice for Black women,” she added. “Black women who are so often forgotten in this fight for justice, who do not have people marching in the streets for them.”

The first game of the season was scheduled for May but was postponed because of the coronavirus pandemic.

The court, at the IMG Academy in Bradenton, Florida, where all the games will be played this season, also featured the words “Black Lives Matter” printed on the edge.