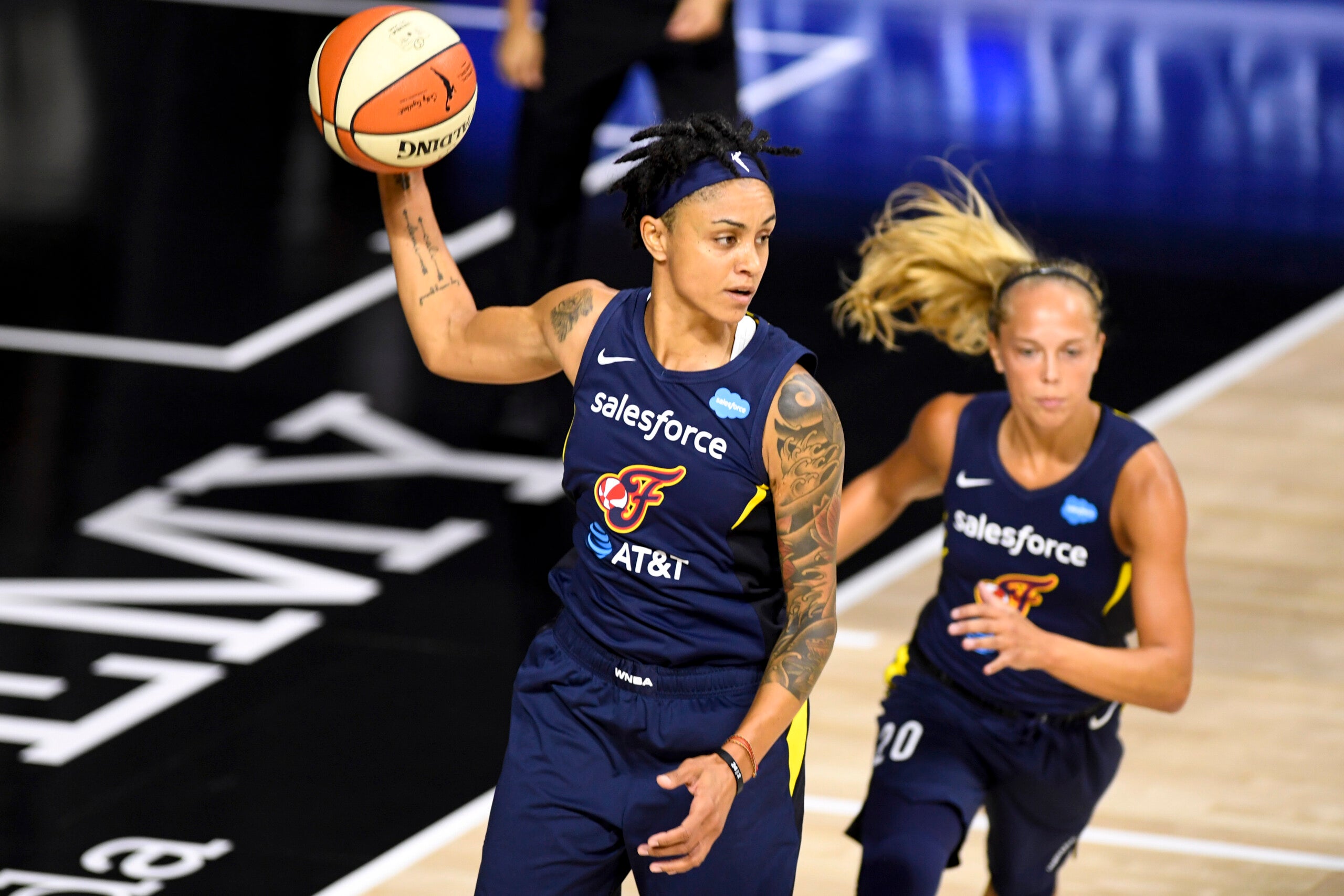 PALMETTO, FLORIDA - AUGUST 22: Candice Dupree #4 of the Indiana Fever handles the ball during the first half against the Chicago Sky at Feld Entertainment Center on August 22, 2020 in Palmetto, Florida. NOTE TO USER: User expressly acknowledges and agrees that, by downloading and or using this photograph, User is consenting to the terms and conditions of the Getty Images License Agreement. (Photo by Douglas P. DeFelice/Getty Images)
by: By DOUG FEINBERG AP Basketball Writer
Posted: Aug 27, 2020 / 02:35 PM EST / Updated: Aug 27, 2020 / 02:35 PM EST

In Bradenton, Florida, in the WNBA bubble, Chicago was to face Indiana, New York was to meet Dallas and Las Vegas was set to play Seattle on Thursday night.

So far six games have been postponed over the last two nights. The league had just passed its halfway mark of the 22-game season. With teams playing pretty much every other day in the bubble the postponed games will most likely have to be made up after the regular season ends Sept. 12.

Unlike Wednesday night when four teams were at the arena discussing whether to play nearly up until the 7 p.m. EDT tip, the decision to postpone the games Thursday was made hours before the scheduled start.

“I feel like as a group we decided last night we want to play. There are games scheduled tomorrow that’s what we are ready to do.”

WNBA teams held a roughly 30-minute vigil back at the IMG Academy hotel Wednesday night for Blake, a 29-year-old Black man who was shot seven times by police in Kenosha, Wisconsin, on Sunday. It was led by Ogwumike and Layshia Clarendon, who are the president and vice president of the players’ union. The vigil was attended by every team, players, coaches, staff and officials.

On Thursday, all the players and teams in the bubble got together on the practice courts at IMG Academy locking arms showing their unity.

The WNBA and its players have dedicated this season to social justice. Players have been wearing the name of Breonna Taylor on the back of the uniforms all season long.

Taylor, a 26-year-old Black emergency medical technician, was shot eight times by plainclothes Louisville police officers serving a narcotics search warrant at her apartment on March 13. No drugs were found. Her family and protesters around the country have called for swift action against the officers who shot Taylor.