WNBA postpones start of season this month because of virus 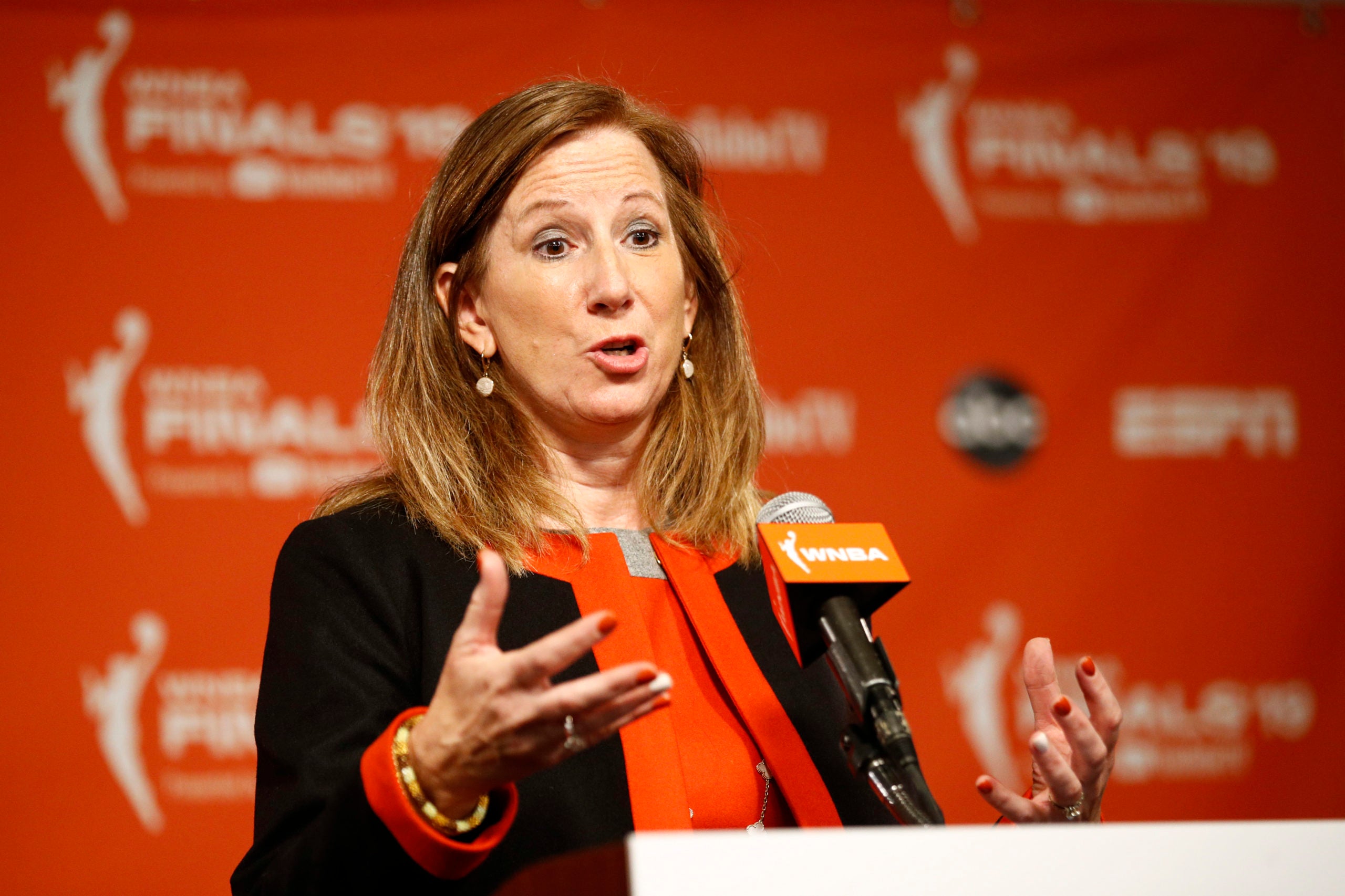 FILE - In this Sept. 29, 2019, file photo, WNBA Commissioner Cathy Engelbert speaks at a news conference before Game 1 of basketball's WNBA Finals between the Connecticut Sun and the Washington Mystics, in Washington. The WNBA draft will be a virtual event this year. The league announced Thursday, March 26, 2020, that its draft will still be held April 17 as originally scheduled, but without players, fans or media in attendance due to the coronavirus pandemic. “The WNBA draft is a time to celebrate the exceptional athletes whose hard work and dreams are realized with their selections in the draft,” WNBA Commissioner Cathy Engelbert said. (AP Photo/Patrick Semansky, File)
by: DOUG FEINBERG AP Basketball Writer
Posted: Apr 3, 2020 / 12:24 PM EST / Updated: Apr 3, 2020 / 05:22 PM EST

NEW YORK (AP) — The WNBA season will not start on time next month because of the coronavirus pandemic, and when it begins is unclear.

The league announced Friday it will delay the season for an indefinite period. Training camps were to open on April 26 and the regular season on May 15.

WNBA Commissioner Cathy Engelbert said in a statement Friday the league will “use this time to conduct scenario-planning regarding new start dates and innovative formats.”

“Our guiding principle will continue to be the health and safety of the players, fans and employees,” Engelbert said.

The WNBA, which was set to being its 24th season and is the longest running professional women’s sports league, will still hold a virtual draft April 17. A few college underclassmen — including Oregon’s Satou Sabally, Texas A&M’s Chennedy Carter and UConn’s Megan Walker — have said they will enter the draft.

They have until Tuesday to withdraw their names from the draft and still keep their college eligibility assuming they haven’t signed with an agent.

Every other major sports league has been put on hold cecause of the virus. Engelbert told the AP last week that the WNBA could begin its season before the NBA or other sports leagues resume.

“A league of our size and scale is smaller than other big leagues,” she said. “We might be able to tip this season off before some other leagues since we only have 12 teams and 144 players.”

The postponement of the 2020 Olympics gives the WNBA flexibility with its schedule. The league was set to go on a monthlong break in July to allow players to participate in the Tokyo Games, which have been postponed for a season.

“We were already scenario planning around what our season would look like if we played games during our month hiatus,” she said. “We have an advantage here to use that time. We’re already looking at arena availability and how to get broadcasts of our game in that period.”

Engelbert said that whenever the WNBA does start, it will follow a strict protocol regarding the health and well-being of players, coaches and fans.

Two WNBA cities are major hot spots for the virus: New York and Seattle. One of the the Storm’s homes for the season, the Angel of the Winds Arena, is being used as a coronavirus isolation site.

“We are grateful for the front line workers who are courageously combating COVID-19,” Valavanis said. “Our league must do its part to keep our communities safe. These decisions are part of something much more consequential than sports. We look forward to coming together to enjoy Storm basketball games when its safe for us to gather.

The Las Vegas casino where the Aces play is shut, as is the Connecticut Sun’s home arena.