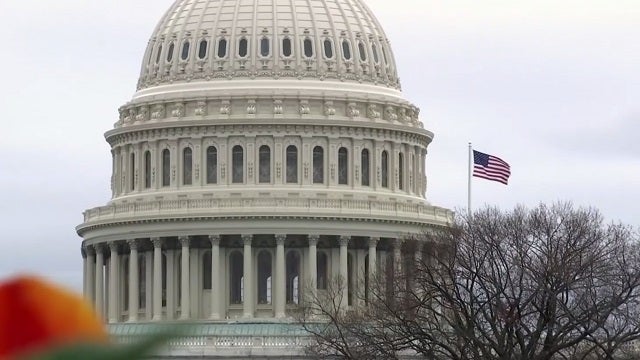 The USMCA is the new trade
agreement that would replace NAFTA.

“There is no reason to let this drag-on,” Blunt said.
“The choice is, do you want to stay in NAFTA the way that it is, or do you
want to give your members a chance to vote.”

Blunt says the deal is a clear win for the country, which
would open markets and create thousands of farming and manufacturing jobs in
his home state.

He says House
Speaker Nancy Pelosi is the only obstacle standing in the way of the
multi-billion-dollar trade deal.

For weeks, Pelosi has insisted the deal is inching closer to
the finish line.

Pelosi says she is still working to ensure the deal is enforceable, but the pressure is mounting from both sides of the aisle.

“Our farmers have been through enough,” Axne said.
“We must answer their call and get this deal done right and without
unnecessary delay.”

Thursday,
U.S. Rep.  Vicky Hartzler, R-Missouri,
penned a letter to Pelosi, urging her to allow a vote on the deal.

“We need to do it sooner than later. It has been a year
since the three countries agreed,” Blunt said.

Blunt says if Pelosi doesn’t call a vote before the end of
the year, the entire deal could be placed on hold until after the 2020
election.