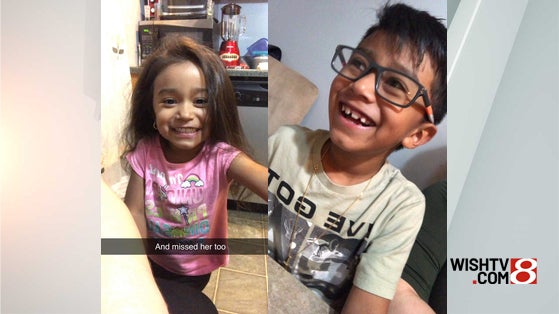 Authorities said the children were found safe. No other details surrounding the case have been released.

A statewide Amber Alert has been issued for two children from Hamlet.

Ayden was last seen wearing black shorts and a black basketball jersey with “MEXICO” written on it. He is 3 feet tall, weighs 45 pounds and has brown hair with brown eyes.

Rose was last seen wearing a white shirt with colored designs on the front and turquoise shorts. She is 2-feet-6-inches tall, weighs 30 pounds and has brown hair with brown eyes.

Authorities believe the children are in extreme danger.

Authorities are searching for Francisco Javier Mendez, 28, who was last seen driving a black 2013 Audi A4 with Indiana plate number LE5262. He is described as an Hispanic male, 5 feet 6 inches tall and weighing 175 pounds. He has black hair with brown eyes.

This story has been corrected to show the correct plate number of the suspect vehicle is LE5262, not LX5265.