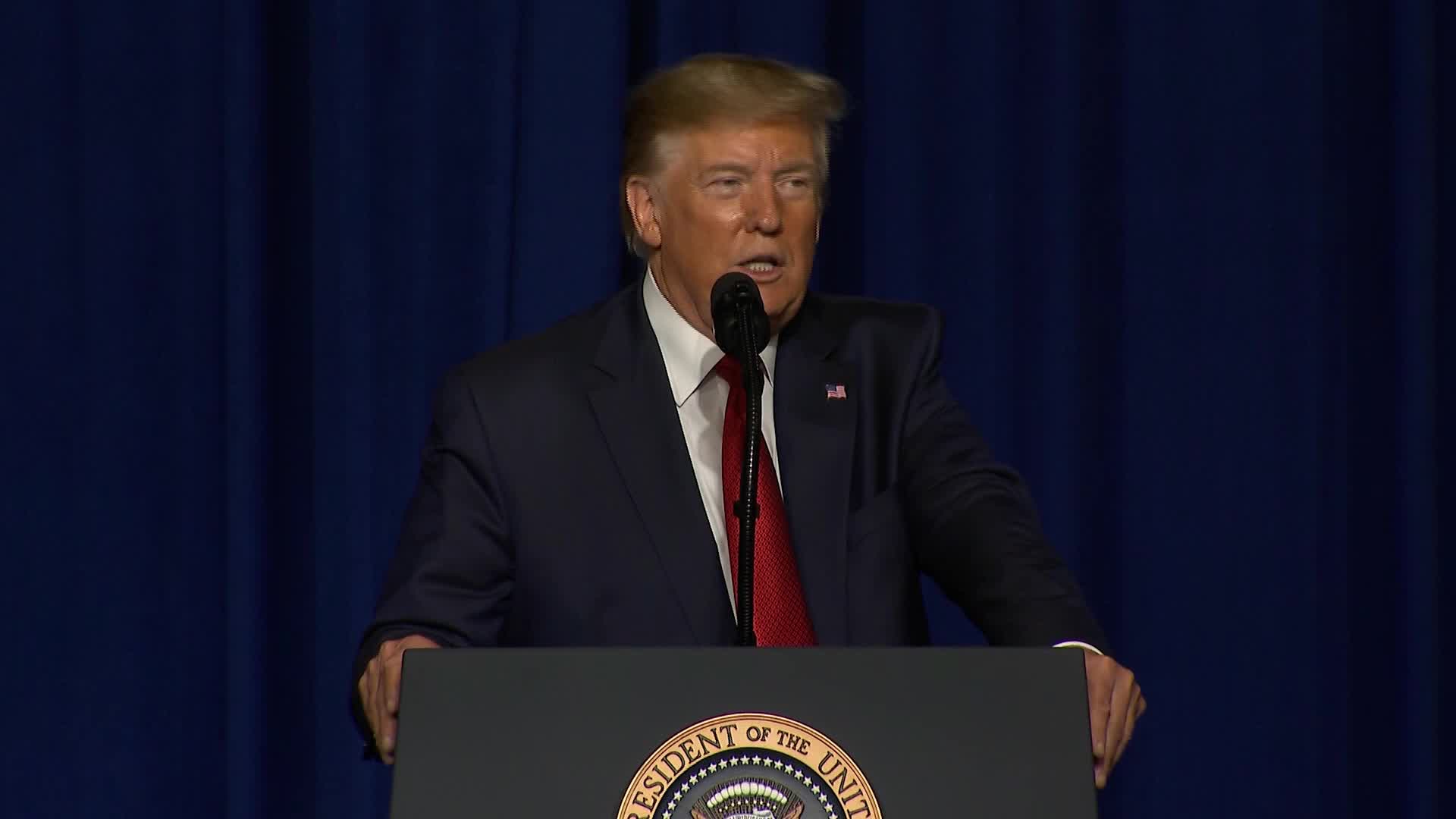 AMVETS — American Veterans — claims 250,000 active members nationwide and works to be sure America’s 20 million veterans have access to the services like health care and job training.  AMVETS said its top priority now is the battle against veteran suicides.

Trump said his administration is committed to protecting those who protect our country.

“No issue facing our veterans is more important than ending the national crisis of veterans suicide,” Trump said.

Before addressing veterans at the annual AMVETS conference, Trump told reporters his administration has taken steps to win the battle against veterans suicide.

“There’s a task force that has been made up,” Trump said.

In addition, Trump said he directed the Department of Veterans Affairs to purchase a newly approved drug to treat depression and suicidal thoughts.

“There’s a product that made by Johnson & Johnson which has a tremendously positive, pretty short term, but positive effect nonetheless.”

The medication the president touted was an esketamine nasal spray the FDA approved in March as a fast-acting anti-depressant.

But veterans said medication is only part of the solution.

“We want to remind the United States and all of its citizens and leadership that veterans suicide has not gotten better,” said Sherman Gillums with AMVETS.

“To intervene early enough in the crisis to give them stability, not just for that moment but going forward,” Gillums said.

Lawmakers are also considering legislation that requires the VA to better track suicides, and the Trump administration is setting aside billions for prevention efforts. Gillums said he hopes the combined efforts are enough to give veterans the support they need.