A group of American youth are suing the U.S. government over climate change 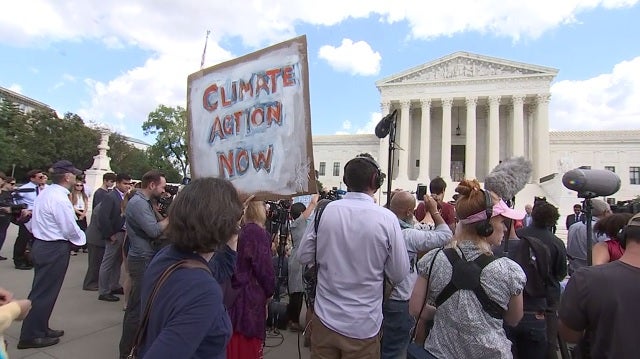 “The United States is the country that has led the world in greenhouse gas reductions,” Graves said.

“Why should we do anything? Just look at the U.S.,” said Thunberg. “So just so you know, that is being used against you as well.”

The young activists from around the U.S. and the world are calling for a global day of action on Friday. They’re urging people to walk out of school or work and demand action to fight climate change now.

“If the American public will work with us to put pressure on the Senate to stand up,” said Rep. Earl Blumenauer (D-OR). “We’ll do our job in the House. We need some reinforcements.”

“More than 40 separate tax breaks for dirty energy,” Wyden said. “I propose throwing them all in the garbage can.”

Wyden said he hopes Republicans will clean up their act.

“They want to unravel government subsidies,” he said. “My bill does that.”