2 tropical storms heading for double blow to US Gulf Coast 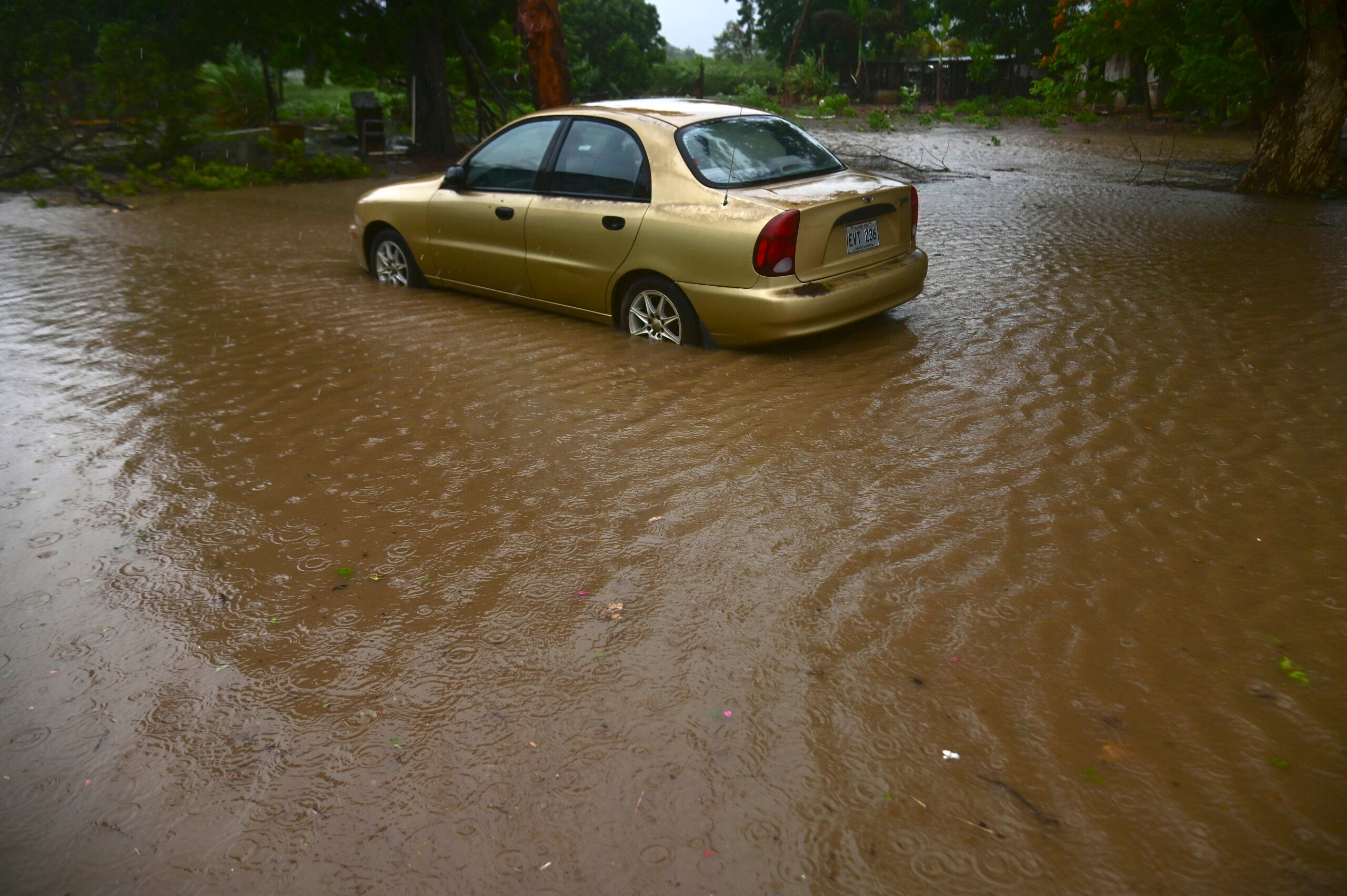 SAN JUAN, Puerto Rico (AP) — Two tropical storms advanced across the Caribbean on Saturday night as potentially historic threats to the U.S. Gulf Coast, one dumping rain on Puerto Rico and the Virgin Islands while the other was pushing through the gap between Mexico’s Yucatan Peninsula and Cuba.

Tropical Storms Laura and Marco were both projected to approach Louisiana at or close to hurricane force just two days apart next week. A hurricane watch was issued for the New Orleans metro area, which was pummeled by Hurricane Katrina in August 2005.

Two hurricanes have never appeared in the Gulf of Mexico at the same time, according to records going back to at least 1900, said Colorado State University hurricane researcher Phil Klotzbach. The last time two tropical storms were in the Gulf together was in 1959, he said.

The last time two storms made landfall in the United States within 24 hours of each other was in 1933, Klotzbach said.

The projected tracks from the U.S. National Hurricane Center on Saturday afternoon pointed to both storms being together in the Gulf on Monday, with Marco hitting Louisiana and Laura making landfall in the same general area Wednesday. But large uncertainties remain for that time span, and forecasts have varied greatly so far for the two storms.

“We are in unprecedented times,” Mississippi Gov. Tate Reeves said at a news conference Saturday as he declared a state of emergency. “We are dealing with not only two potential storms in the next few hours, we are also dealing with COVID-19.”

He urged residents to prepare for the storms and, if possible, find places to evacuate that are not public shelters.

A hurricane watch was issued for Intracoastal City, Louisiana, eastward to the Mississippi-Alabama border.

People in Louisiana headed to stores to stock up on food, water and other supplies. Raymond Monday of Gretna, though, had only a generator on his cart at Sam’s Club. “We’ve got a freezer full of food” at home, along with large containers of water, he said.

Laura flung rain across Puerto Rico and the Virgin Islands on Saturday and was expected to drench the Dominican Republic, Haiti and parts of Cuba through Sunday on its westward course.

Puerto Rico Gov. Wanda Vázquez declared a state of emergency and warned that flooding could be worse than what Tropical Storm Isaias unleashed three weeks ago because the ground is now saturated. The storm knocked down trees in the island’s southern region, and left more than 200,000 clients without power and more than 10,000 without water across the U.S. territory.

“No one should be out on the streets,” she said.

Officials said they were most concerned about the thousands of people in Puerto Rico who still have been living under blue tarps since 2017′s Hurricane Maria and the hundreds of families living along the island’s southern coast in homes damaged by a string of strong earthquakes this year.

The storm was centered about 85 miles (135) kilometers east-southeast of Santo Domingo, Dominican Republic, on Saturday night, with maximum sustained winds of 50 mph (85 kph). It was moving west at 18 mph (30 kph).

As the storm approached Hispaniola, crews in the Dominican Republic began evacuating dozens of families in flood-prone areas.

Marco, meanwhile, was strengthening while centered about 75 miles (120 kilometers) west-northwest of Cuba’s western tip, headed to the north-northwest at 13 mph (20 kph). It had maximum sustained winds of 65 mph (100 kph) and was expected to become a hurricane later Saturday.

The National Hurricane Center said it expected the storms to stay far enough apart to prevent direct interaction as the region braces for the peak of the Atlantic hurricane season, which is forecast to be unusually active.

Both storms were expected to bring 3 to 6 inches (8 to 15 centimeters) of rain to areas they were passing over or near, threatening widespread flooding across a vast region.

“A lot of people are going to be impacted by rainfall and storm surge in the Gulf of Mexico,” said Joel Cline, the tropical program coordinator for the National Weather Service. “Since you simply don’t know, you really need to make precautions.”

It seems fitting for such an unusual twin threat to arrive in 2020, said University of Miami hurricane researcher Brian McNoldy.

“Of course, we have to have two simultaneously land-falling hurricanes,” McNoldy said. “It’s best not to ask what’s next.” )

Forecasters said that while atmospheric conditions were favorable for Laura to grow, its passage over Puerto Rico and the mountains of Haiti, the Dominican Republic and Cuba could tear it apart or weaken it before it entered warm Gulf waters conducive to growth.

Officials in the Florida Keys, which Laura might pass over on its route into the Gulf, declared a local state of emergency Friday and issued a mandatory evacuation order for anyone living on boats, in mobile homes and in campers. Tourists staying in hotels should be aware of hazardous weather conditions and consider altering their plans starting on Sunday, Monroe County officials said in a news release.

Citing both storm systems, Louisiana Gov. John Bel Edwards declared a state of emergency Friday night. “It is too soon to know exactly where, when or how these dual storms will affect Louisiana, but now is the time for our people to prepare for these storms,” Edwards said in a statement.

Laura had earlier forced the closure of schools and government offices in the eastern Caribbean islands of Anguilla and Antigua, according to the Caribbean Disaster Emergency Management Agency.