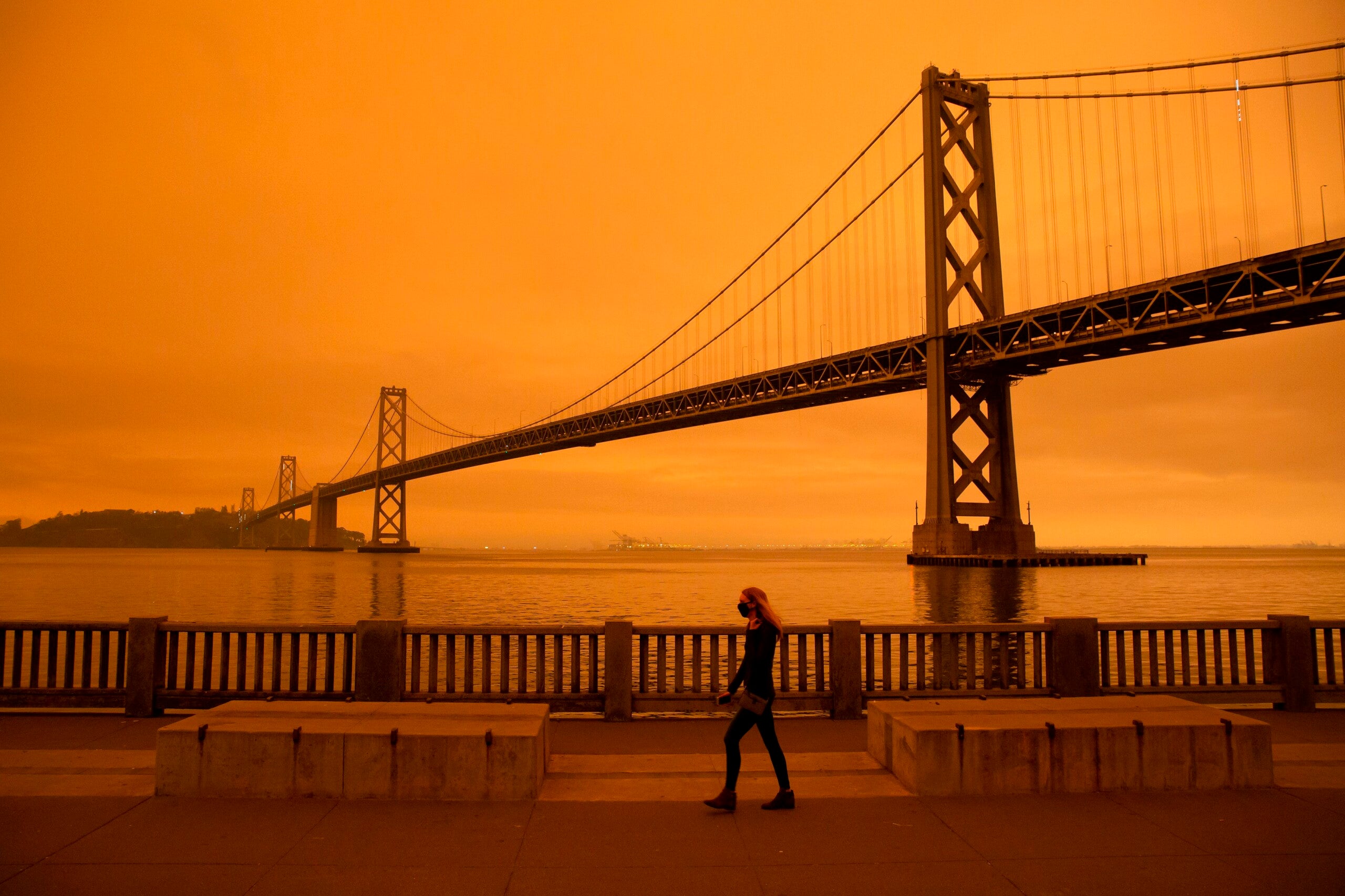 (CNN) — The year 2020 will be remembered for many unpleasant reasons — the global pandemic, political unrest, sky-high unemployment — and now we can add a record number of billion-dollar weather and climate disasters to the list.

An astonishing 22 separate weather and climate disasters costing over $1 billion each occurred in the U.S. in 2020, the National Oceanic and Atmospheric Administration (NOAA) announced Friday.

“This is the sixth year in a row that the US has experienced 10 or more separate billion-dollar disasters,” NOAA climatologist Adam Smith told CNN Weather. Ten disasters has become the more recent standard of what to expect in a year, he added.

“To more than double (the number of events) at 22 and then have six more than the previous record is pretty extreme,” Smith said.

Making up this costly list are a record-setting seven tropical cyclone events and 13 severe storm events, along with a drought and a wildfire event.

The cost of disasters is estimated using data from insured and uninsured losses and covers the private and public sectors.

The cost last year was double the average

“This is more than double the 41-year average annual cost,” Smith said.

The costliest event of 2020 was Hurricane Laura, racking up $19 billion in damage, followed by the historic Western wildfires at $16.5 billion and the August derecho through the Midwest, totaling $11 billion in damage.

The year 2020 brings the total cost of weather and climate disasters over the last five years to over $600 billion dollars, averaging more than $120 billion a year — both new records.

A silver lining may be how much more costly 2020 could have been. With a record number of tropical cyclones making landfall in the US in 2020, Smith attributes to “sheer luck” that major cities, particularly in Florida, were not impacted, keeping the cost below $100 billion.

The costliest year — 2017, totaling in excess of $300 billion in damage — was when Hurricanes Harvey, Irma and Maria all struck, Smith cites.

With 2005 including Hurricanes Katrina and Rita and 2012 with Hurricane Sandy and the massive Western drought, “the top three costliest years all had a hurricane hitting a large metropolitan area,” Smith said.

Louisiana was also unlucky in 2020. The state was hit especially hard, with five landfalling tropical cyclones creating a “compound disaster,” according to Smith. It became harder and harder to recover as storms hit the same battered region, an increased impact on the community that is hard to quantify.

Also hit hard were those impacted by the derecho that ripped through the Midwest in August. Smith described the storm as an inland-hurricane, with many wind reports in excess of 100 mph and hurricane-force winds lasting for up to 45 minutes.

Its $11 billion in damage places the derecho among the top three costliest severe storm events ever, joining two major tornado outbreaks in 2011 (tropical cyclones are ranked separately from severe storms). That April, over 300 tornadoes ripped through the Southeast, including an EF-5 tornado that hit northern Alabama and killed 78 people; and that May, over 150 tornadoes hit, notably the EF-5 tornado that killed 160 people in Joplin, Missouri.

‘The odds are stacked against us’

While a year with 22 separate billion-dollar disasters is unusual, it could become less so depending on the choices made today.

Smith doesn’t think we will have another year with this many events until later in the decade. Still, the trend of increased costly weather and climate disasters is not going in the right direction.

“The odds are stacked against us due to exposure, vulnerability and climate change trending in the wrong direction,” contributing to the increase in costly disasters, Smith said.

While many want to single out climate change as the culprit for these disasters being worse than in the past, Smith emphasizes that there are additional factors in play.

There is more exposure: more population and assets at risk. With more people to impact and more homes and businesses that can be destroyed, the upper limit of cost is increasing.

Similarly, there are increased levels of vulnerability: where we build and how we build. This goes hand in hand with where hurricanes impacted the coastline in 2020 compared with previous years and the differences in monetary damage. With more cities along the coast, there is a greater likelihood of one of them being impacted by a tropical cyclone.

“Climate change certainly is playing an increasing role in the increasing frequency of many of these billion-dollar disasters, for example, the Western wildfires,” said Smith. “We are having much longer wildfire seasons, which increases the odds and amplifies the risk.”

“Also, since the year 2000, much of the western part of the country, particularly west of the Rockies, have been in some state of drought. Of course, that feeds into the wildfire potential,” he continued.

In all, 10.27 million acres, the most in a single year, were burned by wildfires in the US last year, according to the National Interagency Fire Center, helping to land 2020 as one of the top three costliest wildfire seasons.

Three of the last four years are the costliest wildfire seasons and are comparatively “much higher than most other wildfire years,” Smith said.

But some things can’t fully be quantified in end-of-year reports like these, such as the physical and mental toll on people.

The wildfire smoke in the West created hazardous air quality for days to months and even choked out the sun, turning day into night in some cities.

These recent costly wildfire seasons can be linked back to the drought from 2013 to 2016, particularly in California. “This catastrophic drought killed well over 100 million trees, with the help of the bark beetles,” Smith explained.

This, along with more people moving away from cities and into more “wildlife” areas, combine to “somewhat setting up these catastrophic wildfires we’ve had more recently.

“Indeed, things are linked,” he said. “What you do today certainly impacts what happens tomorrow.”