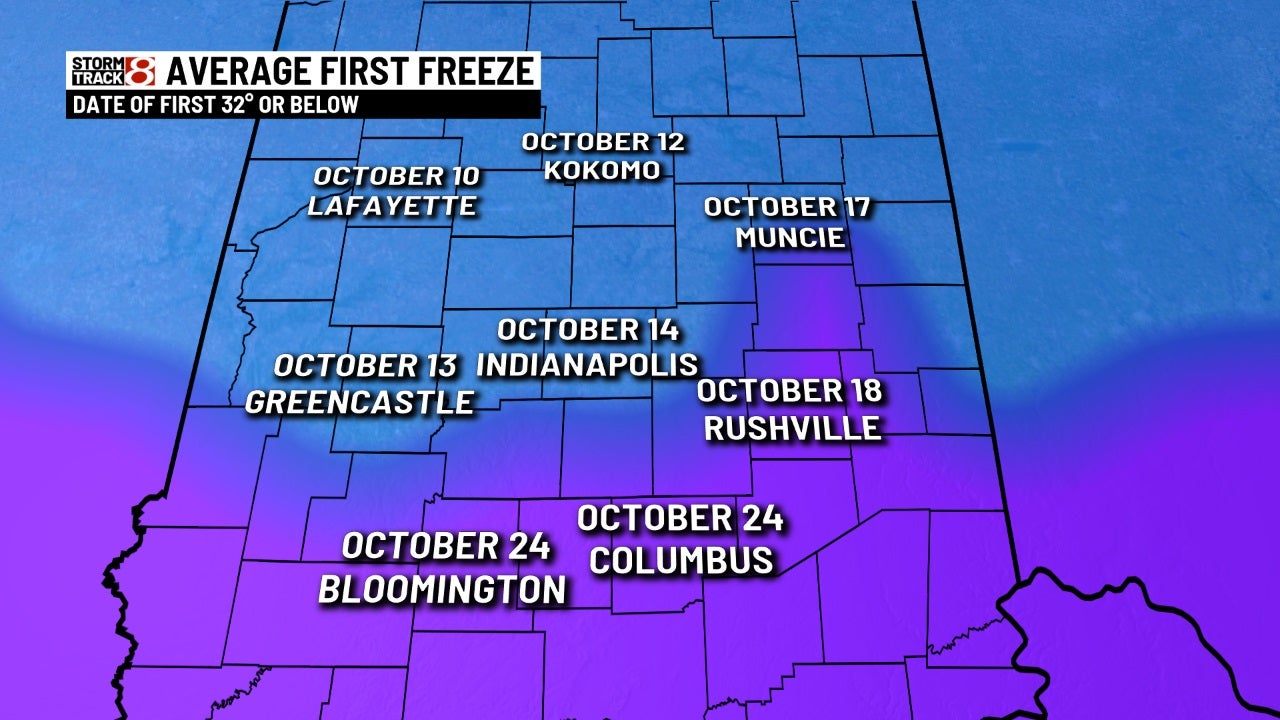 INDIANAPOLIS (WISH) — We’re going to see some of the coldest air of the season this weekend. Temperatures will fall into the 30s in many spots of central Indiana early Saturday morning.

While it may not be cold enough for a frost or freeze it’s about that time of year when we could see frosty conditions.

The average first freeze or date we see 32 degrees or colder is October 14 in Indianapolis. It’s a few days earlier in Lafayette, October 10th and farther south in Bloomington and Columbus the date falls around October 24.

While the normal date in Indy is October 14 but frost has been seen as early as September 30th back in 1993. The latest frost/freeze was just three years ago on November 12.

Here’s a refresher on terms you may be hearing in the coming weeks. A Freeze Watch means conditions are favorable for a frost or freeze. A watch like this is issued 24-48 hours out.

A Frost Advisory is issued when widespread frost is likely and temperatures fall between 33-36 degrees.

A Freeze Warning means the growing season will come to an end when the temperature forecast is at or below 32 degrees.