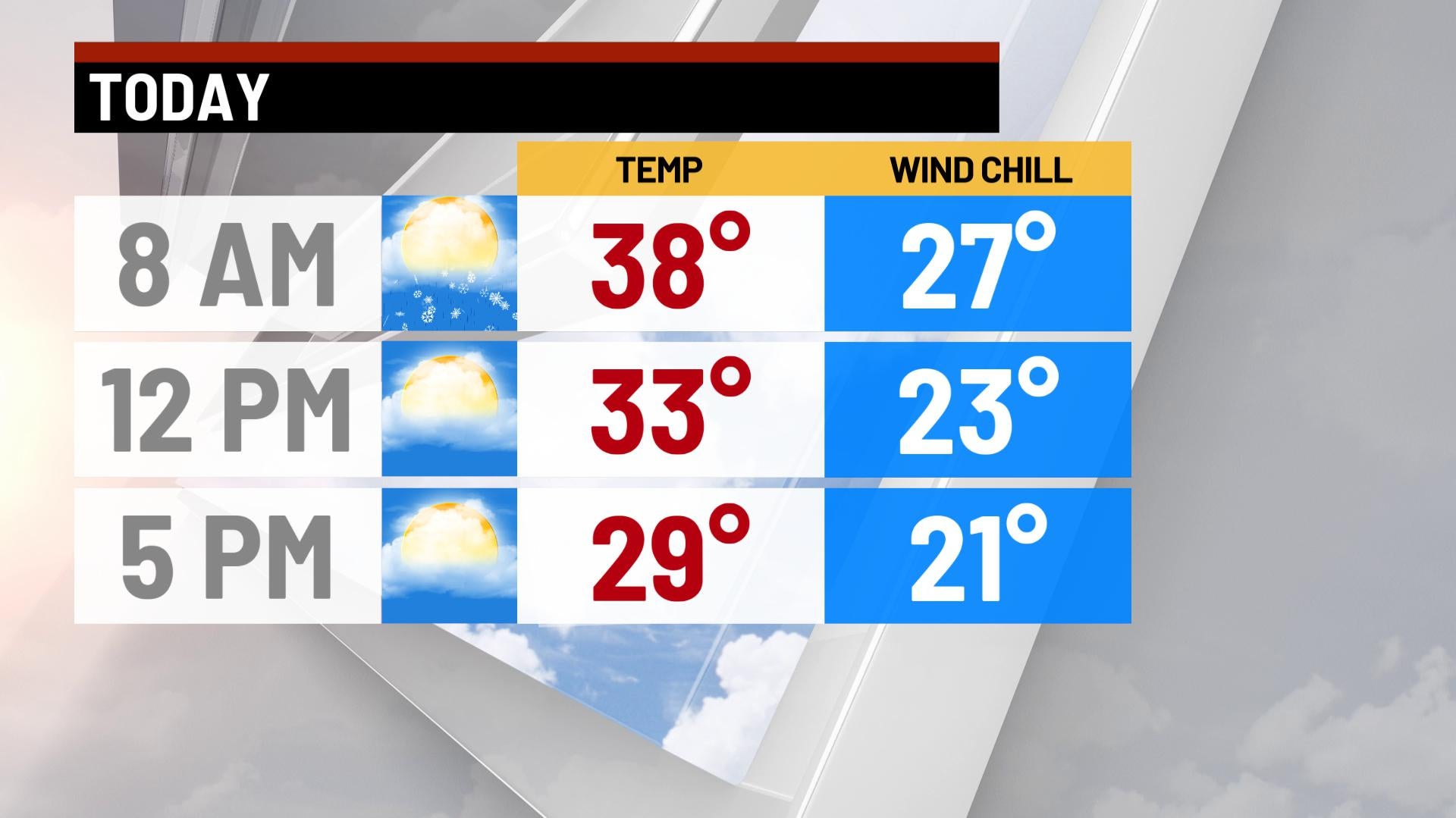 INDIANAPOLIS (WISH) — After an unusually mild stretch over the past several days, we begin to feel the winter chill as we wrap up the year.

Cold front has mixed through, which will shut down the widespread rain across the area. Much colder air is filling in across the state. With an upper level low spinning to our north, we should see a few scattered sprinkles and light snow showers, mainly for the northern half of the state during the day Monday.

Temperatures will gradually fall through the day, finishing in the lower 30s by late Monday afternoon. Wind chills will hover in the 20s all day with blustery southwest winds.

Another chance for precipitation, this time in for snow showers for the northern half of the state early Tuesday morning. Minor accumulations of less than 1″ will be possible well north of the metro area, and any snow showers should mix out by the afternoon.

Highs top out in the middle and upper 30s.

New Year’s Day looks nice, with partly cloudy skies and highs near 40°. Surge of warmer air again moves in for Thursday and Friday, as highs return to the 50s to end the week. Active weather pattern remains, with rain chances returning Thursday night through Friday. A light wintry mix will be possible Saturday.