Coldest air of the season Friday 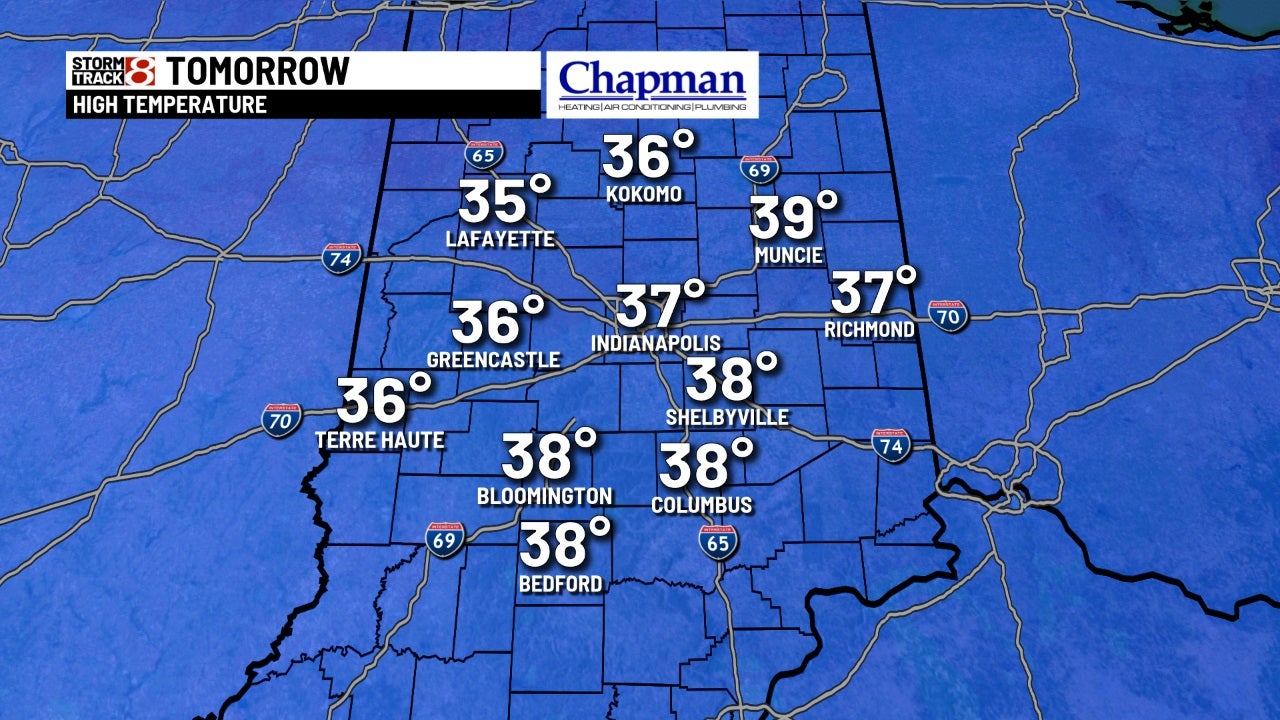 INDIANAPOLIS (WISH) — Temperatures will drop below freezing as we look to a cold end to the week.

After a cloudy, breezy and cool day, skies will become mostly clear Thursday night. Winds will begin to diminish later in the evening. Temperatures will fall into the lower 30s then drop into the lower 20s overnight.

We’re in store for a cold start early Friday morning. Make sure the kids have the heavier coat in the morning as temperatures will fall into the upper teens and lower 20s. Look for lots of sunshine and a dry day to end out the work week. Highs will stay in the middle to upper 30s which is about 20 degrees below normal for this time of year.

We will start the weekend dry with partly cloudy skies. It’s going to be a little warmer with highs in the lower 40s.

If you’re heading to the Colts game the weather will be great for football. Look for sunshine and highs in the lower 50s.

An arctic air mass will dive southward into central Indiana early next week. Temperatures will struggle to reach the upper 20s to 30 for the first part of the work week. Clouds will return and so does the chance for a few snow showers. Lows at night will be in the lower teens. There are a couple of cold records that could be broken. Temperatures do begin to moderate a little bit later next week.