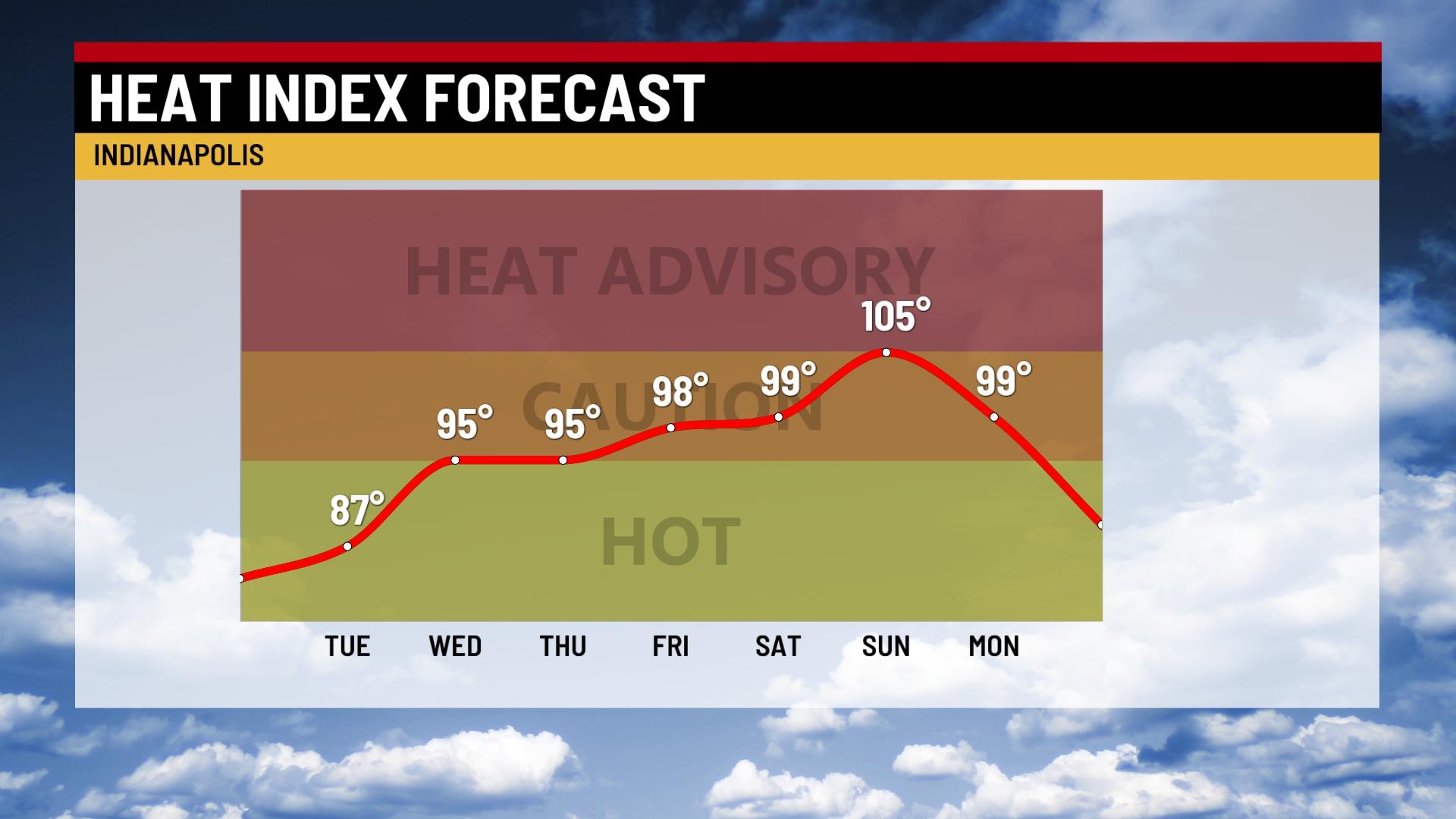 INDIANAPOLIS (WISH ) — It’s been a nice break from the heat over the last several days across the state, but all signs several round of 90° heat across the Midwest are in place starting later this week.

The core of the “heat dome” is located over the desert southwest. Several monthly records were broken over the weekend in New Mexico and Texas, where locations reached over 110°.

Several more records will be in jeopardy over the coming days across the nations mid-section. Excessive heat warnings are in place across the south, where heat indices could reach over 110° this week.

The heat looks to expand north and eastward for the second half of the week. While we won’t see any record temperatures broken, the heat likely will have some longevity across most of the Midwest. Starting Wednesday, expect highs to hit near 90°. With higher humidity values, heat indices will be flirting with 100° for the end of the week and into the weekend.

Long term pattern keeps with the hot trend across central Indiana. Both the 6-10 day, and 8-14 day outlook call for a high probability of above average temperatures, which will likely tack on more 90°+ days to our growing total.