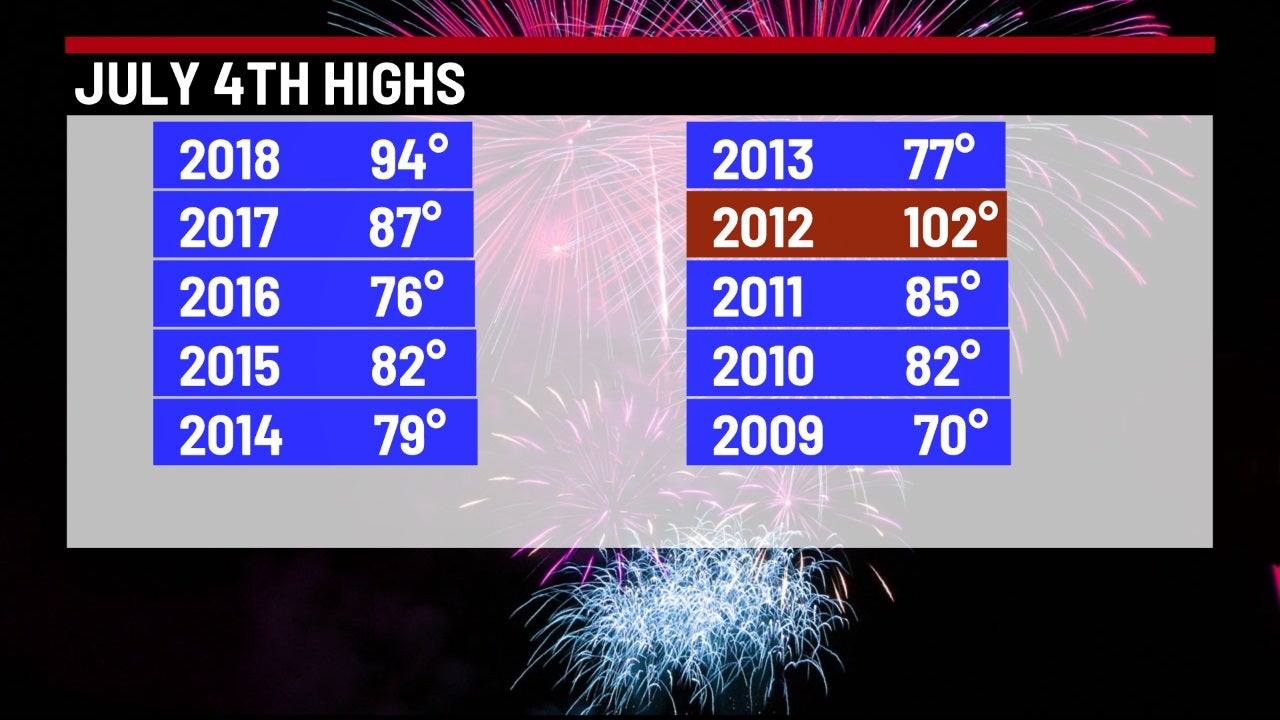 INDIANAPOLIS (WISH)– It’s been hot and humid the first few days of July and the heat will continue for Independence Day.

We took a look back at some of the hottest Fourth of July’s on record.

There have been several years where the temperature was really hot and others where temperatures were a bit cooler. Here’s a look at the extremes. The highest temperature ever recorded was 103° back in 1911. The wettest was back in 1957 when 2.4″ of rain fell.

We looked at the high temperatures for the last 10 years on July Fourth. Most of them were in the 70s or 80s but two years stood out. The first was last year when the mercury climbed to 94°. The second was back in 2012 when the temperature maxed at 102°.