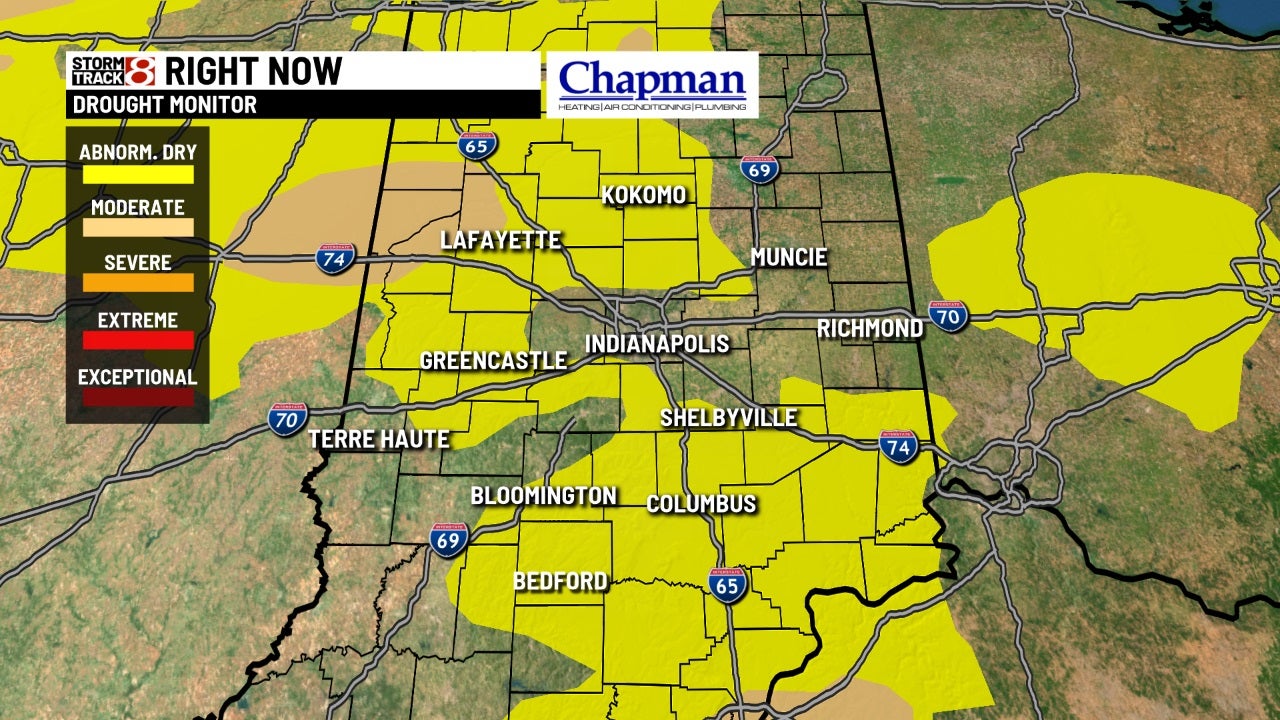 INDIANAPOLIS (WISH)– The new drought monitor is out and shows parts of western Indiana under moderate drought conditions. Much of the state is seeing abnormally dry conditions.

It’s important to note that this data is tabulated on Tuesday and the map is released on Thursday so any rainfall during the week is not taken into account in this map.

Despite seeing some rain over the weekend and early this week, a couple of locations are below normal for the month.

Indianapolis is about a quarter of an inch below normal for the month with precipitation. Lafayette is 1.44″ below normal. Which explains why the moderate drought has expanded to include Lafayette.

We picked up some much needed rain Wednesday night and early Thursday morning. Indianapolis picked up about 0.37″ while some locations just west of Crawfordsville picked up an inch of rainfall.

However parts of Warren and Tippecanoe counties missed out on some of the rain.

The next drought monitor will be released on August 29.