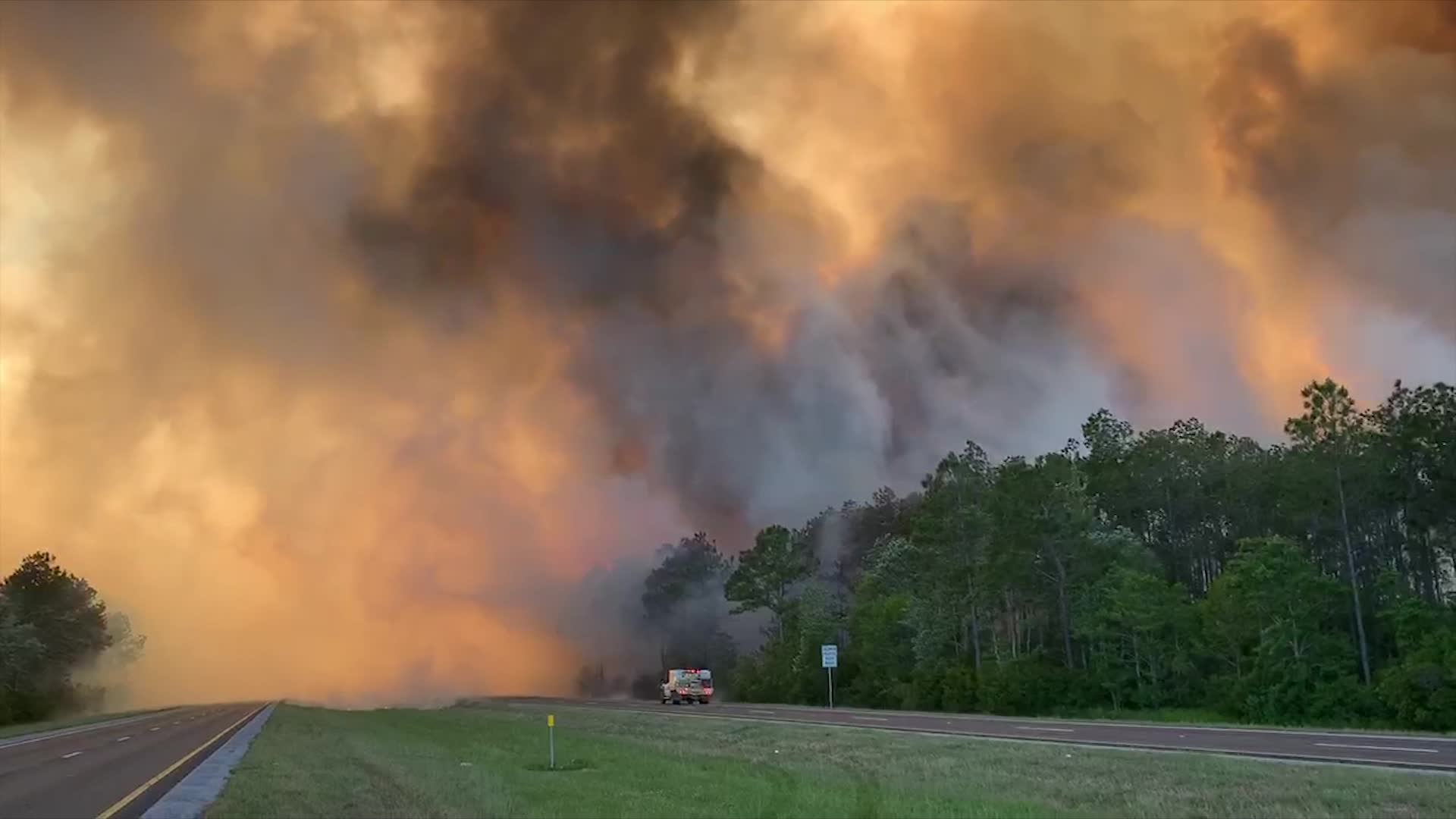 (CNN) — There are more than a dozen wildfires raging across Florida, burning property and prompting evacuations, as excessive heat and dry weather take its toll on the state.

Florida is known for its hot weather, but this year has been exceptionally torrid. In April, South Florida hit June-like temperatures.

“Miami has seen 16 days with high temperatures at or above 90 degrees from January 1st through the end of April; they normally only average two 90-degree days during that point,” said Haley Brink, CNN meteorologist.

In April, Miami didn’t have a single day where temperatures fell below average. In fact, more than half of the month saw temperatures at least 5 degrees above average.

More impressive is that Miami had 14 days of record highs in April. On April 20, the temperature hit 97 degrees, breaking the city’s previous all-time high of 96 degrees, which was set in 2015.

All that heat has resulted in wildfires, with the Florida Panhandle among the hardest hit areas. Last week, blazes prompted evacuations and road closures, including sections of Interstate 10 near Pensacola. And in Walton County, the Mussett Bayou Fire destroyed multiple structures and forced officials to evacuate about 500 residents.

It’s not just the heat

A lack of rain across Florida has also contributed to the wildfires.

So far this year, Orlando and West Palm Beach are 7 inches below normal for rainfall. Daytona and Fort Myers are not far behind, with deficits hovering around 6 inches.

While there’s a chance for rain on Sunday, it’s mainly focused on South Florida — not where the majority of wildfires are burning.

Also, not all rain is good news. The areas of Miami down through Key Largo could see 3 to 5 inches of rain through midnight. And some isolated spots may get 6 inches or more, which could trigger flash floods.