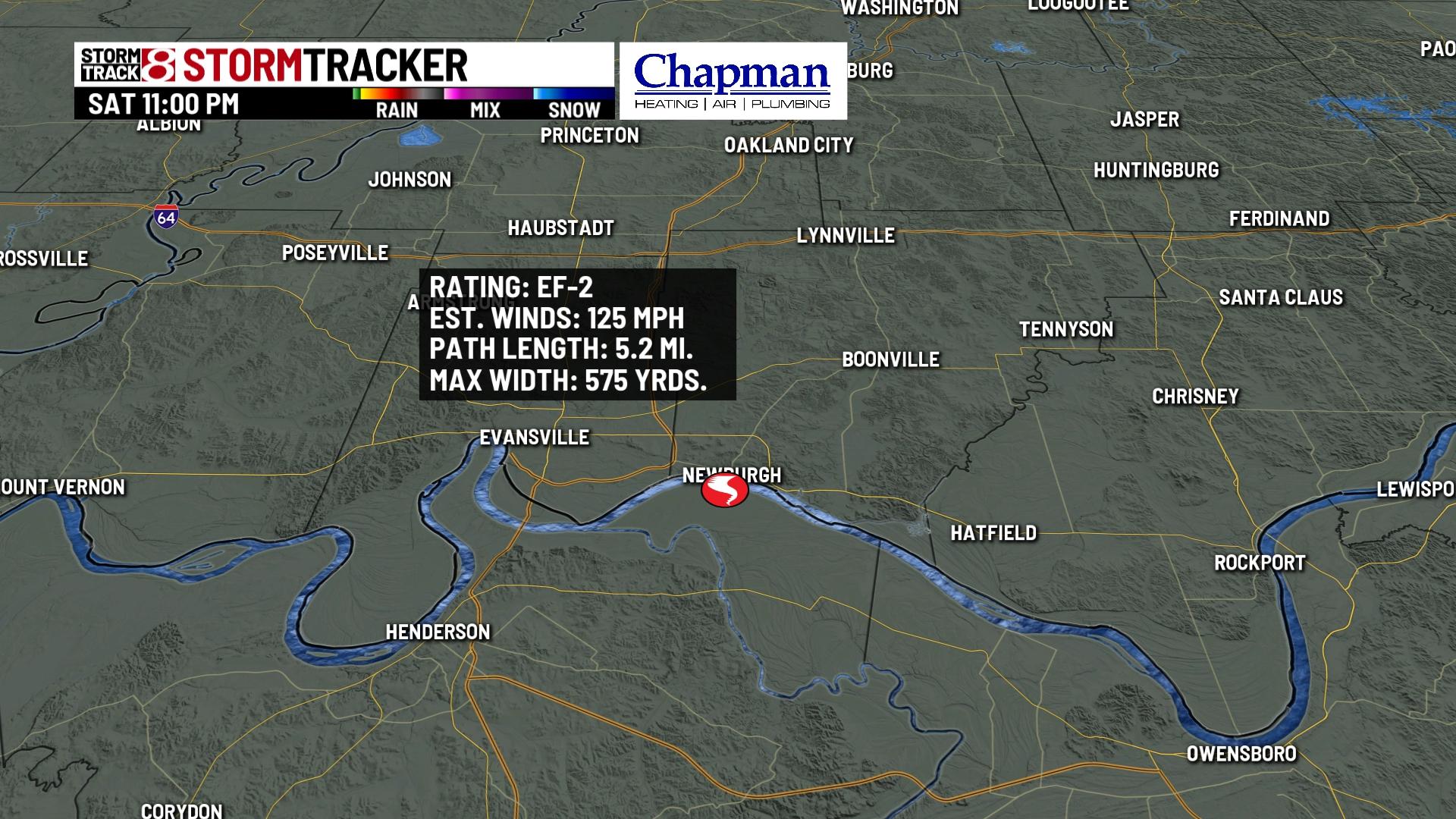 INDIANAPOLIS (WISH) — Severe storms on Saturday brought a host of severe weather elements to central Indiana over a span of 10 hours.

Much of the state was under an “enhanced risk” for severe storms Saturday afternoon and evening. By mid-afternoon, a severe thunderstorm watch was issued for most of the state.

Across central Indiana, storm reports mainly consisted of hail, with several reports of flooding across Boone, Hamilton, Madison and Delaware counties. Some reports of wind damage were also noted in reports from storms Saturday night.

A tornado was confirmed by the National Weather Service on Saturday night in Newburgh, Indiana. The twister was rated an EF2, with estimated wind speeds of 125 mph. It was on the ground for just over 5 miles and had a maximum width of 575 yards.

That tornado was one of 27 reported across the Midwest, including several in Iowa, Illinois and Arkansas.

The largest confirmed tornado on Saturday was in Jonesboro, Arkansas, where an EF3 tornado with estimated winds of 140 mph ripped through town of nearly 76,000. Twenty-two people were injured in Jonesboro, and 145 homes sustained moderate damage, along with several businesses.

The total tornado tally across the U.S. is now at 60. April, May and June are statistically the most tornado-prone months across the majority of the U.S., including central Indiana.