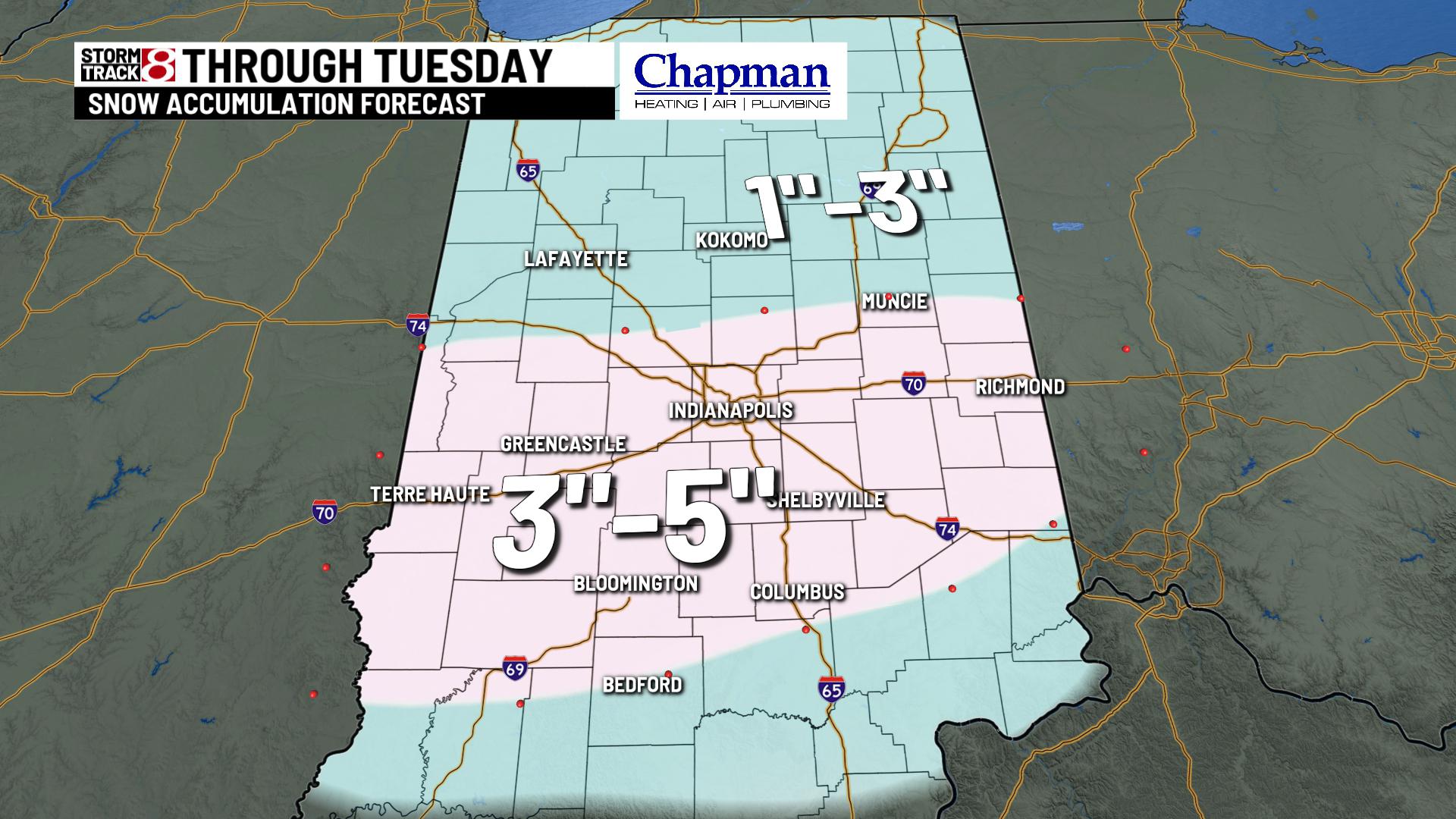 INDIANAPOLIS (WISH) –A couple of rounds of winter weather over the next 36 hours should give a healthy blanket of snow to much of central Indiana.

For much of the day, we are relatively quiet. We could see some peaks of sunshine from time to time through the morning hours, with increasing clouds this afternoon. Highs finish up in the lower 30s later today.

A Winter Weather Advisory will begin as snow showers move into central Indiana for the late afternoon and early evening hours. About a 6-8 hour window from early evening through just after Midnight of pretty consistent, steady, and at times heavy snow. Accumulation for the night should range in the 2″-4″ range. There may also be some mixing of ice for some of our southern counties as we approach daybreak.

We’ll catch a lull in the action for much of the day. While there may not be much precipitation falling during the morning drive, roads will likely be slick for the drive into work and school.

Temperatures should reach the middle 30s by the afternoon.

A second wave will push into central Indiana Monday evening, sparking snow showers for areas along and south of I-70, and should wind down close to Midnight. An additional 1″-2″ will be possible.

Total snow accumulation from Sunday night through Monday night should range in the 3″-5″ area, with some locally higher amounts possible.

Much colder air settles in behind our winter weather maker, with highs in the 20s and 30s through mid-week. Temperatures should jump back to the 40s by the weekend.