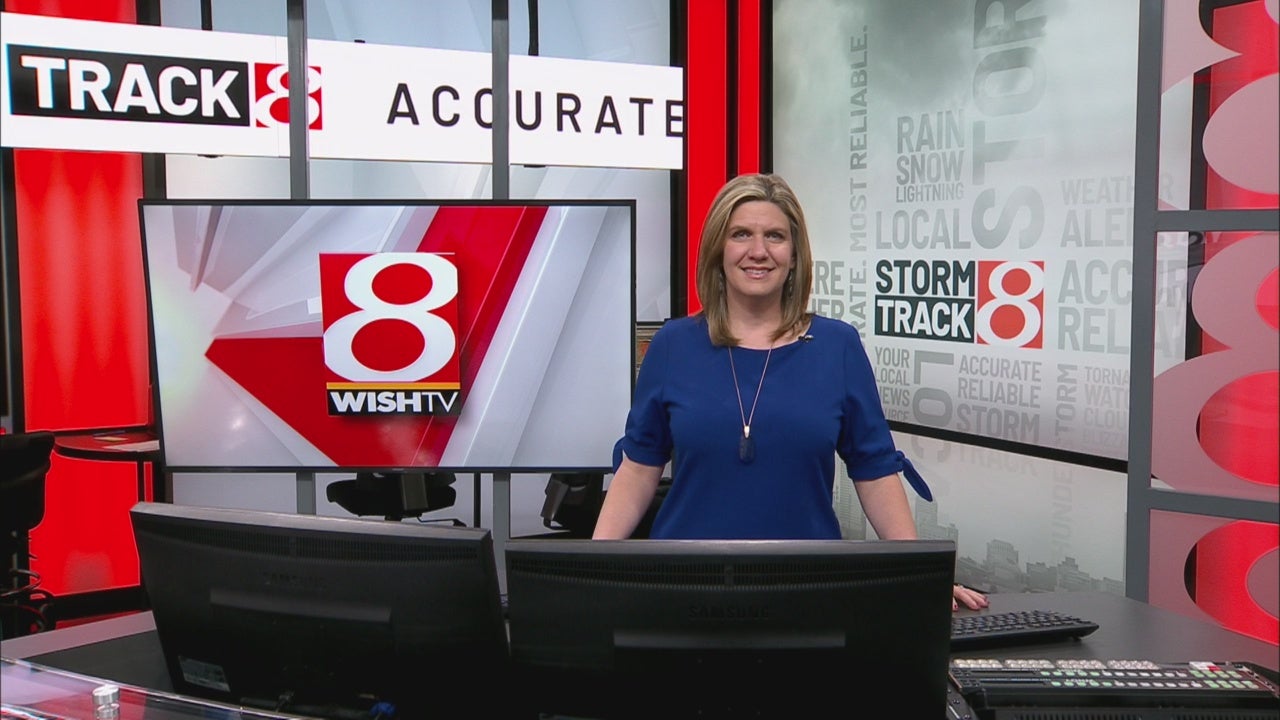 INDIANAPOLIS (WISH) — A Severe Thunderstorm Watch is in effect for areas west and south of Indianapolis until 10 p.m.

SUNDAY NIGHT: Showers and thunderstorms will be possible around central Indiana through 10 p.m. These thunderstorms have the potential to produce heavy rainfall, winds near 60 mph and hail.

Rainfall rates of 1-2 inches per hour may be possible with these storms.

The thunderstorms move southward and should clear the area by 10 p.m. It’s going to be muggy and mild with lows falling into the upper 60s and lower 70s.

MONDAY: The hot and humid weather pattern continues for Monday. Look for mostly sunny skies and highs near 90 with heat index values in the middle and upper 90s.

There’s a chance for an isolated shower or storm that may pop up during the afternoon and early evening hours.

8-DAY FORECAST: We’ll have mostly sunny skies on Tuesday with highs once again near 90. It’s going to be humid with feels-like temperatures in the middle and upper 90s.

Showers and thunderstorms will be possible for the next several days. It won’t be a complete washout, but storms may pop up during the afternoon hours during the peak heating of the day. It looks like it’s going to be hot and humid with a spotty storm on the 4th of July.