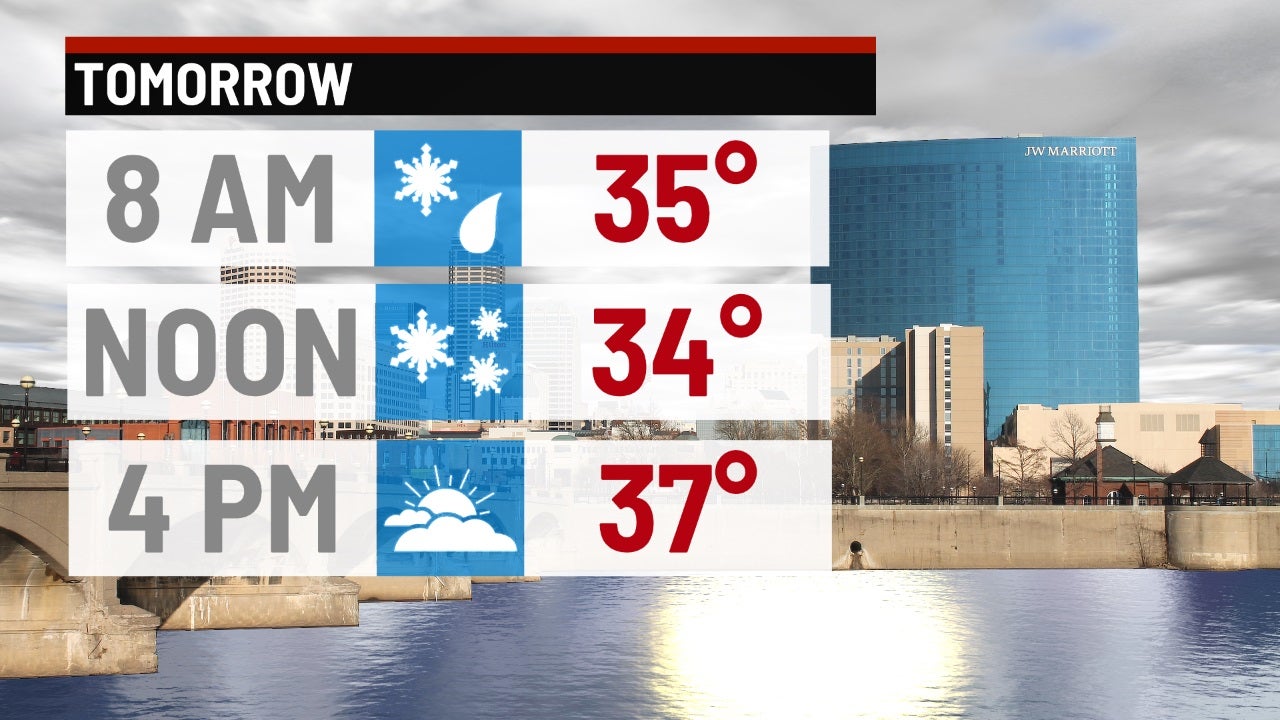 INDIANAPOLIS (WISH)– A few showers will move into the state later Wednesday night.

We’ll see mostly cloudy skies with showers developing later Wednesday night. If you have any plans this evening you may want to grab the umbrella for tonight’s Pacers game. Temperatures will fall into the 40s Wednesday evening and then into the upper 30s late Wednesday night.

We’ll see a rain/snow mix for the early Thursday morning commute. Roadways will be damp and there may be a little light snow on some grassy surfaces. The precipitation will come to an end by the early afternoon. Temperatures will stay steady in the middle to upper 30s.

Skies will become mostly clear and it will turn cold. Temperatures will drop into the low and middle 20s.

It’s going to be a chilly but sunny end to the week. Highs will run about 10-15 degrees below normal. It looks like it’s going to be dry for high school football Friday night but it will be cold by kickoff.

We’re in store for a warm-up this weekend. Highs will climb back into the 40s on Saturday with partly cloudy skies. Clouds will return for the end of the weekend and temperatures will climb into the lower 50s Sunday. An arctic air mass will sink into the state early next week. It looks like we’ll see some of the coldest air of the season. Highs will stay in the upper 20s close to 30 on Monday and Tuesday with lows in the teens. We’ll also see a chance for some light snow too.