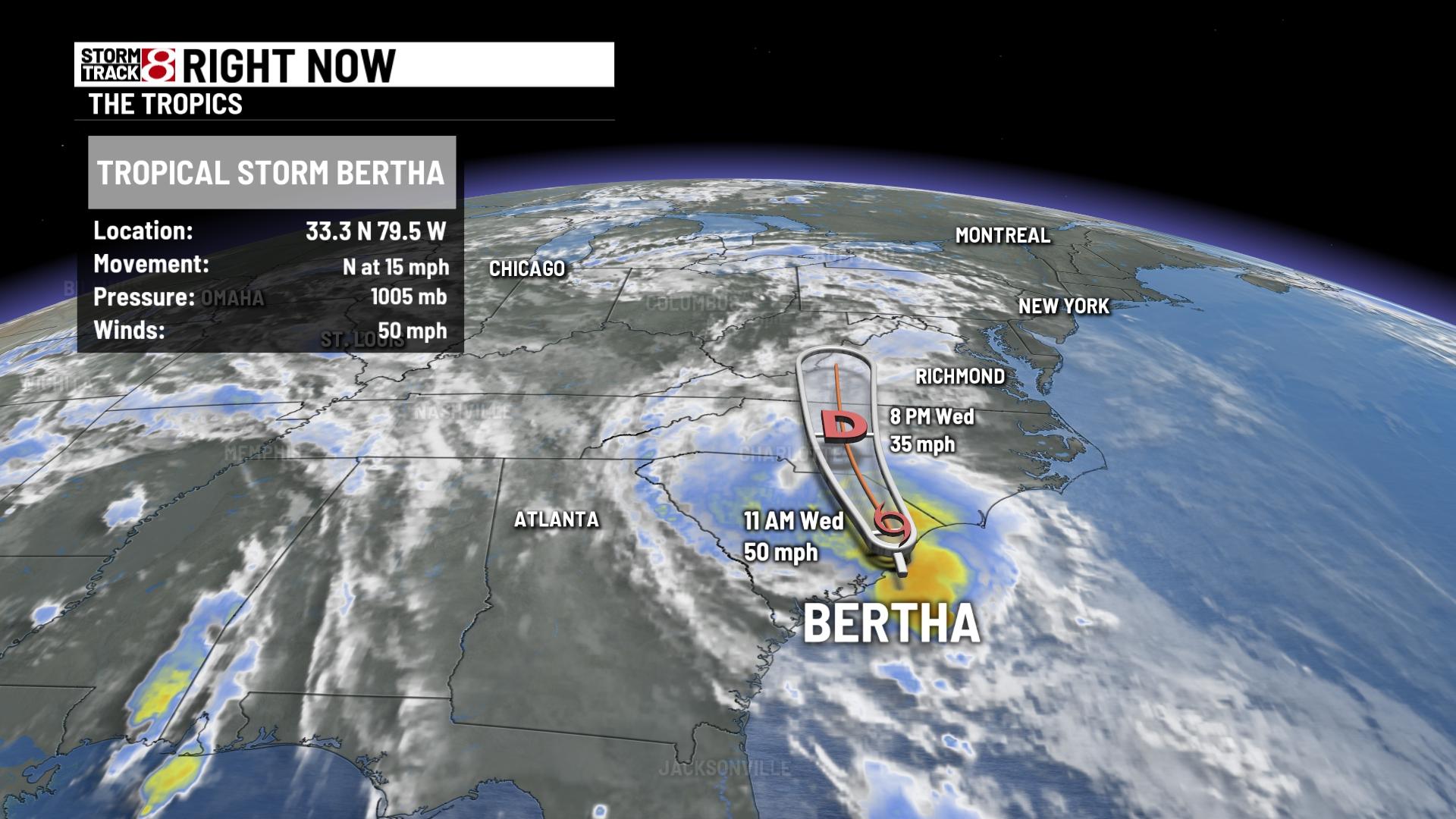 Bertha made landfall Wednesday morning just east of Charleston, South Carolina as a tropical storm. Winds were estimated at 50 mph at landfall.

Tropical storm warnings are in place around the central coast of South Carolina Wednesday.

Bertha will continue to move north through central North Carolina and western Virginia over the next day.

The biggest concern will be heavy rainfall, where some areas in the Carolinas could see between 2″-4″ of rainfall.